aespa appeared as a guest on the radio show “Kim Young Chuls PowerFM” on December 2nd!

During the broadcast, Aespa announced that it was the first time on a radio show. Karina and Winter announced that they had met Kim Young Chul once before her debut, and Winter commented on that seeing Kim boy chul felt like they were meeting a celebrity.

Karina said, “Our company has a main staircase that always has music videos from the company’s leading artists. While we were practicing one day, our music video came out. Then we felt like we really made our debut. ”

Aespa revealed that although they got up early to appear on the radio show, they usually woke up later, especially Ningning. She explained, “I still can’t hear my alarm well even if I turn up the volume.” 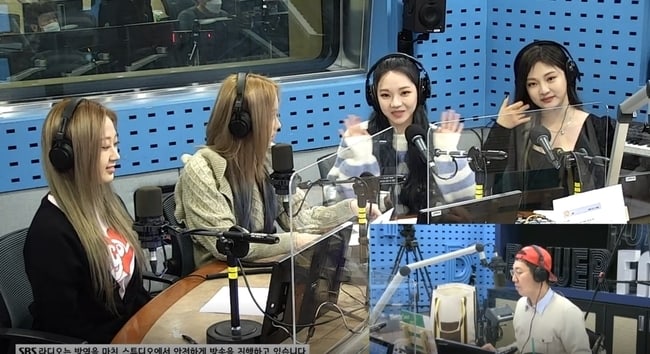 The members also showed their unexpected charm on the show. Karina shared that her specialty was picking up items like a TV remote control and hairpins with her feet. Ningning revealed that was her favorite food Sundaeguk (Black pudding soup) and explained, “I eat it with red pepper powder, chili peppers, chives and kkakdugi (diced radish kimchi). ”

Karina and Winter are Korean members, while Giselle is from Japan and Ningning is from China. Giselle said, “My mother is Korean, so I’ve used Korean since I was young.” Ningning said, “I came to Korea in 2016, but Korean is still difficult. Especially when I sing my part “the charming you”, the pronunciation is too difficult. ”

Aespa also talked about their futuristic “Avatar” concept. Giselle described the avatars as her twins in an imaginary world created from data. Ningning commented that she was very shocked to see her avatar sing in the same voice as her.

The four-person girl group under SM Entertainment made their debut on November 17th with the digital single “Black mamba“.