MC Boom announced that Hyeri would have two special advantages in her particular episode: Because she likes “one-shots” (when the camera is focused on a single person rather than a group shot), she would have her own one-shot in the Background of all food videos. She also got her own microphone so she could express her opinion whenever she wanted. 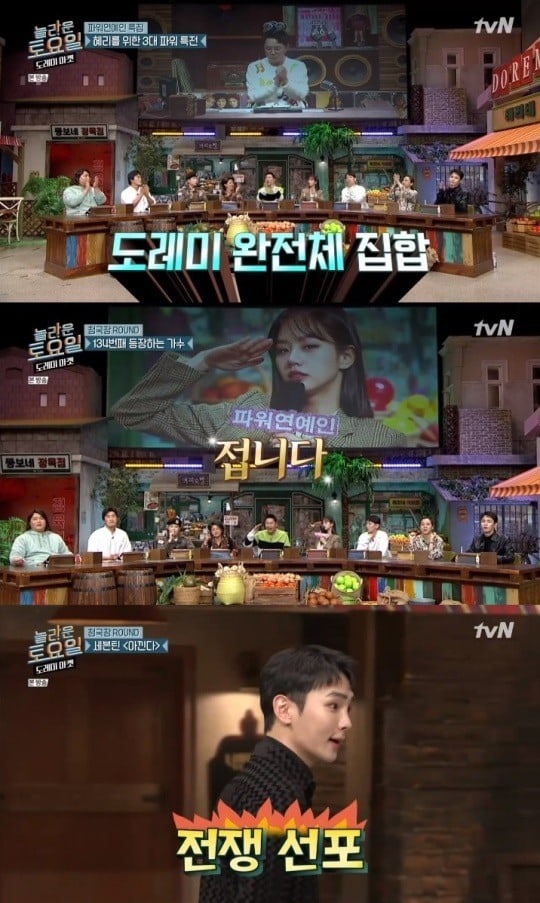 Cheonggukjang (Fermented Bean Paste Stew), the meal on the line for the mission, was also one of Hyeri’s favorites. The song for this mission was SEVENTEEN’s “Adore U.” Hyeri said, “SEVENTEEN was on this show from start to finish.”

The second mission was the song “You’re the best in the universe” (literal translation) by Hockee. Towards the end of the mission, Moon Se Yoon said, “This appears to be a message the production workers wanted to send to Hyeri.”

She said, “I’ve been thinking about what to say since last night. I am so happy that I met such great people. Thank you for taking care of me and giving me so much love. ” 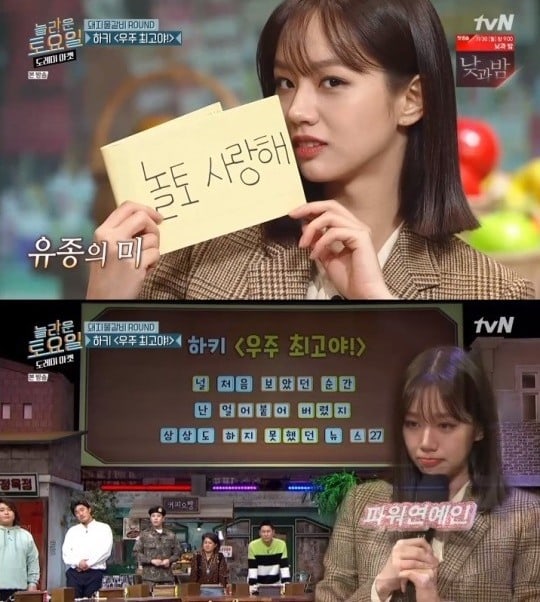 I’m a big crybaby, so I was very worried that people would be uncomfortable with today’s show. I thought I had mentally prepared myself for the episode, but every time I thought about this being the end, I was sad.

Over the past two and a half years, ‘Amazing Saturday’ has slowly given me the confidence to believe in myself again. I learned that I could become a person that people loved when I was just myself. I’ve also been fortunate to work with amazing people.

When I think about everything that happened, I feel more loving, more apologetic, and more grateful.

And the most important !!!! The audience, who made me so happy, who sent me so much love for the Hyeri on ‘Amazing Saturday’! Many many thanks.

I think you will still love Amazing Saturday after I have been away. Many thanks.

Check out Hyeri in the drama “Entertainers” below!

Read more: Jin from BTS makes the “V” for victory for ARMY