Billie Eilish and BTS albums are the most anticipated of 2021 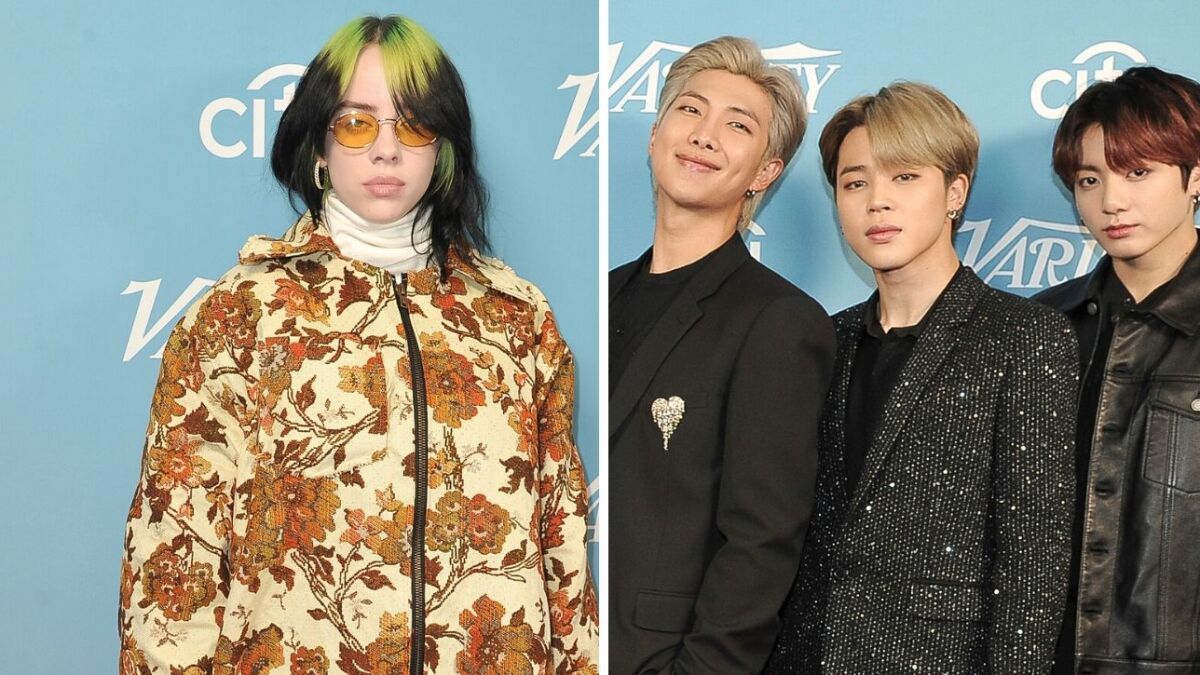 The music industry does not rest, the next few months we will have more albums, singles and music videos to enjoy and most fans are waiting for what Billie Eilish and BTS will reveal on this occasion.

Great figures have conquered the industry in the last few years, both their successes in the charts and their talent and charisma allowed new stars to emerge and shine at the top. From her first releases, Billie Eilish captivated audiences with her interpretive power. Her unique style makes her unmistakable and at her young age she already won recognition from the GRAMMYs.

Fans are eagerly awaiting this girl’s next album, especially since she has shown that she is working on her music. Billie Eilish even said that she will start a new era, but she has kept fans curious about the date when she will release her album.

For her part, BTS conquered the charts around the world and each of her recent musical productions became a success, breaking records on the Billboard charts. Although they recently released BE, there are already rumors that they might have a comeback soon, which has excited ARMY.

The K-Pop group and the singer made their way to Forbes’ list of the artists who have raised the most expectations with the music they will release in 2021 and there is enough evidence to prove the popularity of both.

Fans of these artists have even discussed how incredible it would be to have a collaboration with them as protagonists and their meeting in some events only increased the hopes.

Read more: Got7’s “Waiting For You” translates into English + texts in Korean

The actor from Choi Sung Won’s agency is being treated for...