BTS, SEVENTEEN and TXT have confirmed that they will join Japan’s “CDTV Live! Life! Christmas special” 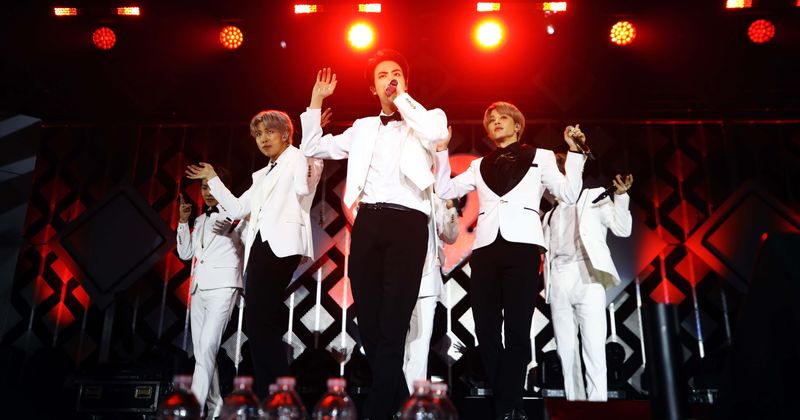 BTS, SEVENTEEN, and TXT will be on Japan’s “CDTV Live! Life! Christmas special”!

On December 7th, Big Hit Entertainment confirmed that BTS would perform “dynamite” At TBS CDTV Live! Life! Christmas special. “Six members will be attending the performance for the upcoming show. An agency source stated,” Suga recently received surgery for his shoulder so he doesn’t appear on that stage to focus on recovery. Please understand”.

At the beginning of this month there was SEVENTEEN too announced Perform on December 9th on Japan’s famous end-of-year music show, 2020 FNS Music Festival, and they will now be featured on CDTV Live! Life! Christmas Special “on December 21st. At the upcoming Christmas special show, SEVENTEEN present the title track “24H” of their second Japanese mini-album.

In addition, TXT will be the Japanese version of “Blue Hour” For the first time at the Christmas special. Due to COVID-19, all performances will be filmed in South Korea.

Recently TXT broke her personal record on Billboard 200 with their new album “minisode1: Blue Hour” with the title track “Blue Hour”. The album too crowned Oricon’s daily and weekly album charts in Japan for the week the album was released.

SEVENTEEN was also very successful in Japan this year. Her Japanese single “Fallin ‘Flower” went double platinum in May and broke records when it topped the Oricon charts. With their latest Japanese mini-album “24 HOURS” The group recently became the first foreign male artist in history to have four consecutive debut albums at # 1 on Oricon’s weekly album charts.

BTS made history with their new album “BE” debuted at number 1 on the famous Billboard 200 charts and their title track “Life goes on“” debuted # 1 on the Billboard Hot 100, making BTS the only other artist alongside Taylor Swift to debut a song and album at # 1 on both charts that same week. This is also the first time a Korean song has climbed to the top of the Hot 100 charts.

Read more: Jungkook becomes the inspiration for a boy with Asperger’s