Byungchan, Subin and Seungsik from VICTON discuss the new album, the difficult choreography and much more 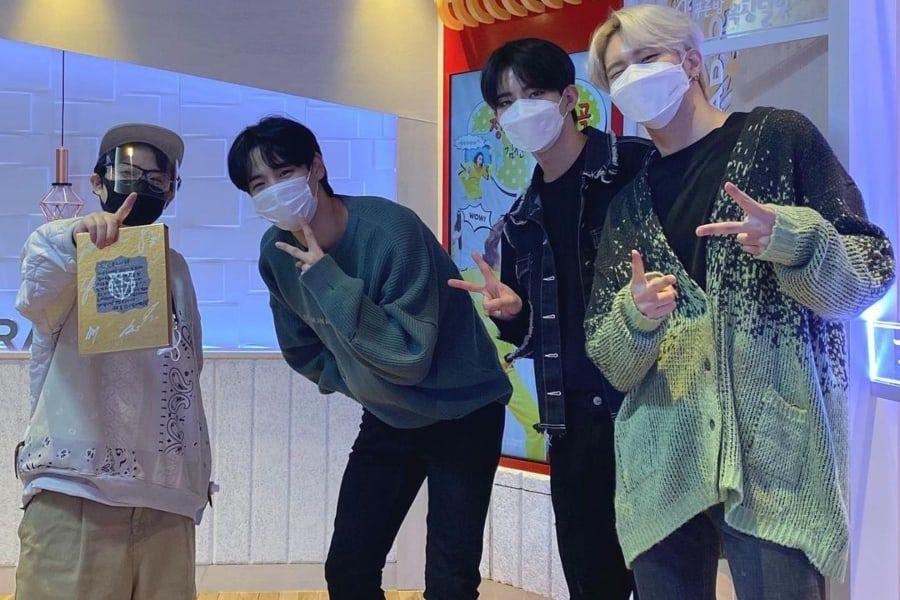 The group recently released their first full album “VOICE: The Future Is Now” and the music video for their title track “What i said. Regarding “What I Said,” they shared, “This is our first time trying the Latin American genre. Members have had a lot of concerns, but everyone seems to like it and we are having fun preparing the performances.”

VICTON matured in terms of music and looks, and Subin said, “I’ve been on a lot of diets. I made my debut at the age of 18 and turned 23 this year (by Korean calculations). Maybe it’s because I debuted at a young age, but I’ve lost a lot of baby fat so that’s why I think a lot of people think that’s why [I look mature]. “Byungchan joked,” I’m half to 50 years old now!”

They talked about their new album and Subin commented, “It’s like a hearty and bitter espresso. I don’t like to drink espresso, but I had it out of curiosity. It was really bitter. It was nice and interesting because it came close to the undiluted solution. “Then he praised the radio show and said,” It’s like an affogato. The radio show makes me think of caffeine and sweet ice cream because it’s fun and full of energy.”

Seungsik mentioned the powerful VICTON choreography and said, “We have a lot of choreographies, but this one is scary.” Byungchan, the member who has the hardest time dancing, added, “I have pretty poor stamina and after doing this choreography once, I wanted to run away. It’s so difficult that my legs turned to jelly in the middle of the dance. I have problems sometimes, but I try to show everyone something amazing”.

During the speed issues segment, Seungsik announced that he really wanted to work with Highlight’s Yang Yoseob. Then he pointed out that Byungchan is the laziest member and said, “I often nag my members in order to hurry up. I’m always the one to wake them up. It’s like I’m the mother of the group.”

When Subin was asked if he felt a generation difference with his members, he replied, “I feel this way when they don’t know any new slang and shortened words.”

Byungchan was asked to rate his acting in his JTBC drama. “Live on” This is just before the grand finale. I confidently commented: “10 out of 10! I really like my role as a smart student. ”

He continued, “My character is like me. He’s smart, likes to have fun, and gets along with friends. As soon as I saw him I thought we were the same. My most memorable line is going to come out in the final episode, so I hope you see it. ”

Byungchan also announced that he is the VICTON member who makes the most purchases online. He said, “I received over 60 deliveries early this morning. I buy a lot of things including groceries and home appliances. ”

Kim Shin Young commented, “You’re about to make your comeback and I dare say VICTON’s songs are the most popular. I assume you will earn a trophy. ”

Byungchan said, “We released our first full-length album in five years and we worked really hard for it so we will try to show you a better side of ourselves. It is now 2021 and I hope it gets better and that this will be a happy and good year for everyone. ”

Check out Byungchan in Live On!

Read more: Lee Dong Wook thanks Jo Bo Ah for her gift and the warm message on the set of his new film

Share
Facebook
Twitter
Pinterest
WhatsApp
Previous articleLee Dong Wook thanks Jo Bo Ah for her gift and the warm message on the set of his new film
Next articleJungkook and V will part ways with BTS?