In the new video, Cha Eun Woo introduces himself to the camera as his character Lee Su Ho and explains that he is preparing to film the scene in which Lee Su Ho teaches Jiu-Jitsu to Lim Ju Gyeong on a date.

Despite the initial description of the scene As a romantic, he soon gets dizzy as he lists all of the martial arts moves he wants to teach her, like full-body throws, choke holds, and twisting an opponent’s joints. While Cha Eun Woo is having his make-up done, he shows with an embarrassed smile that he accidentally spilled some of the stew he had for dinner on his white uniform.

When Moon Ga Young arrives on the set, she jokes that she expects to get into a “chaotic brawl” with Cha Eun Woo, who playfully pretends to toss her over his shoulder as soon as he sees her. Moon Ga Young laughs. “I was expecting this … look, he’s so excited.” When Cha Eun Woo asks if she is fully rested, she replies excitedly: “Yes. Bring it on”.

After Cha Eun Woo and Moon Ga Young go through their lines together, they will receive a brief jiu-jitsu lesson from an expert who will demonstrate the various movements they will perform on the scene. When Cha Eun Woo is practicing lifting Moon Ga Young onto his back, she asks him, “Am I heavy?” Cha Eun Woo teasingly replies, “You are not easy,” which leads Moon Ga Young to jokingly pretend that he is grabbing his hair. 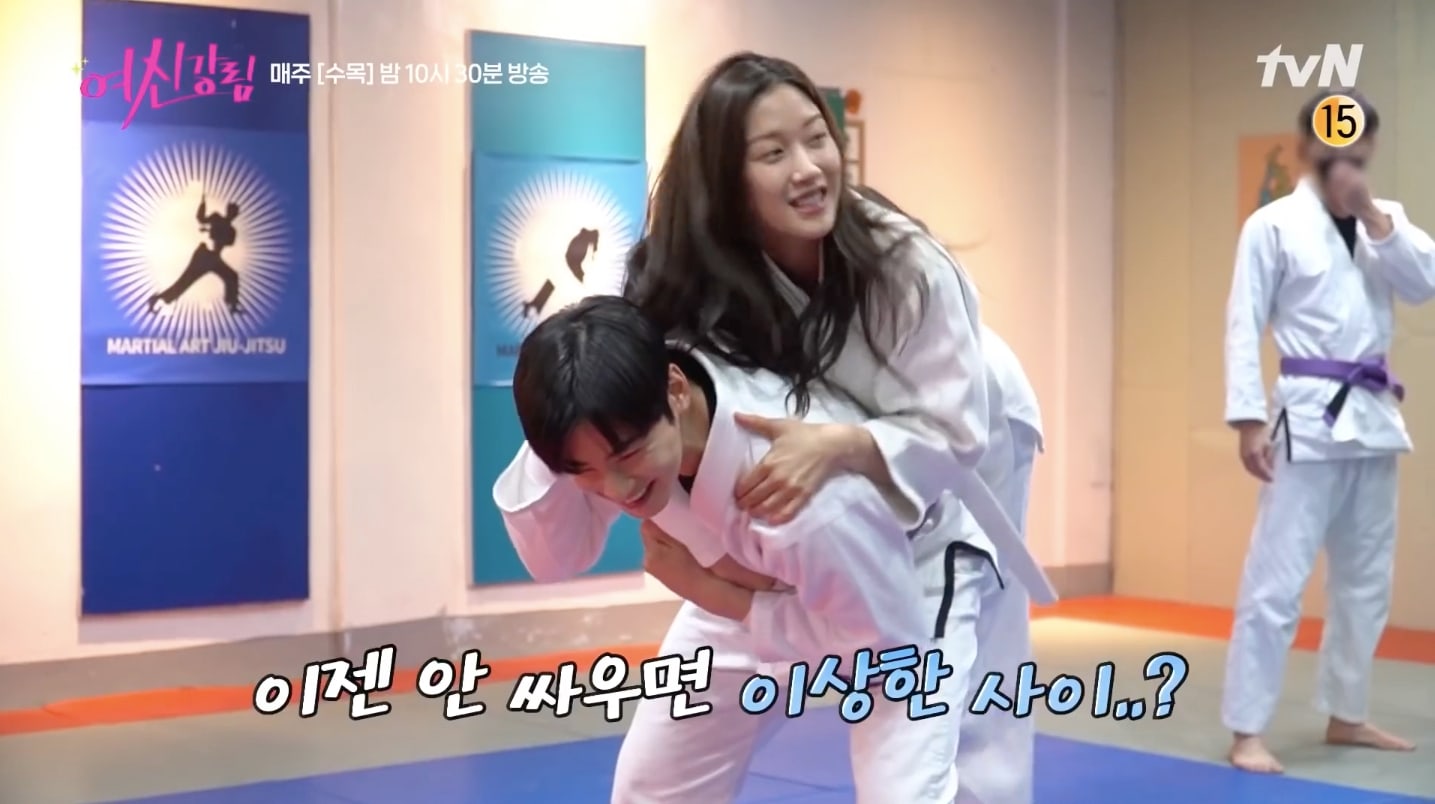 The video shows the two actors joking with each other between takes, which eventually leads to arguments about whether Cha Eun Woo is the better teacher or Moon Ga Young is the better student. Moon Ga Young then asks with a laugh, “I heard that to toss me over your shoulder today, you had a hearty meal of stew before you came [to the set]. “Cha Eun Woo replies jokingly:” No, [I wanted to do] a full body throw. Don’t wait a stranglehold. “Moon Ga Young ironically tells the camera,” He seemed particularly excited today. ”

Cha Eun Woo replies playfully: “But as far as I know, this person is not such an easy opponent. He’s very strong. “Before they shoot their scene again together, Moon Ga Young jokes back:” No, that’s not true. Personally, I found him a really easy opponent. ” 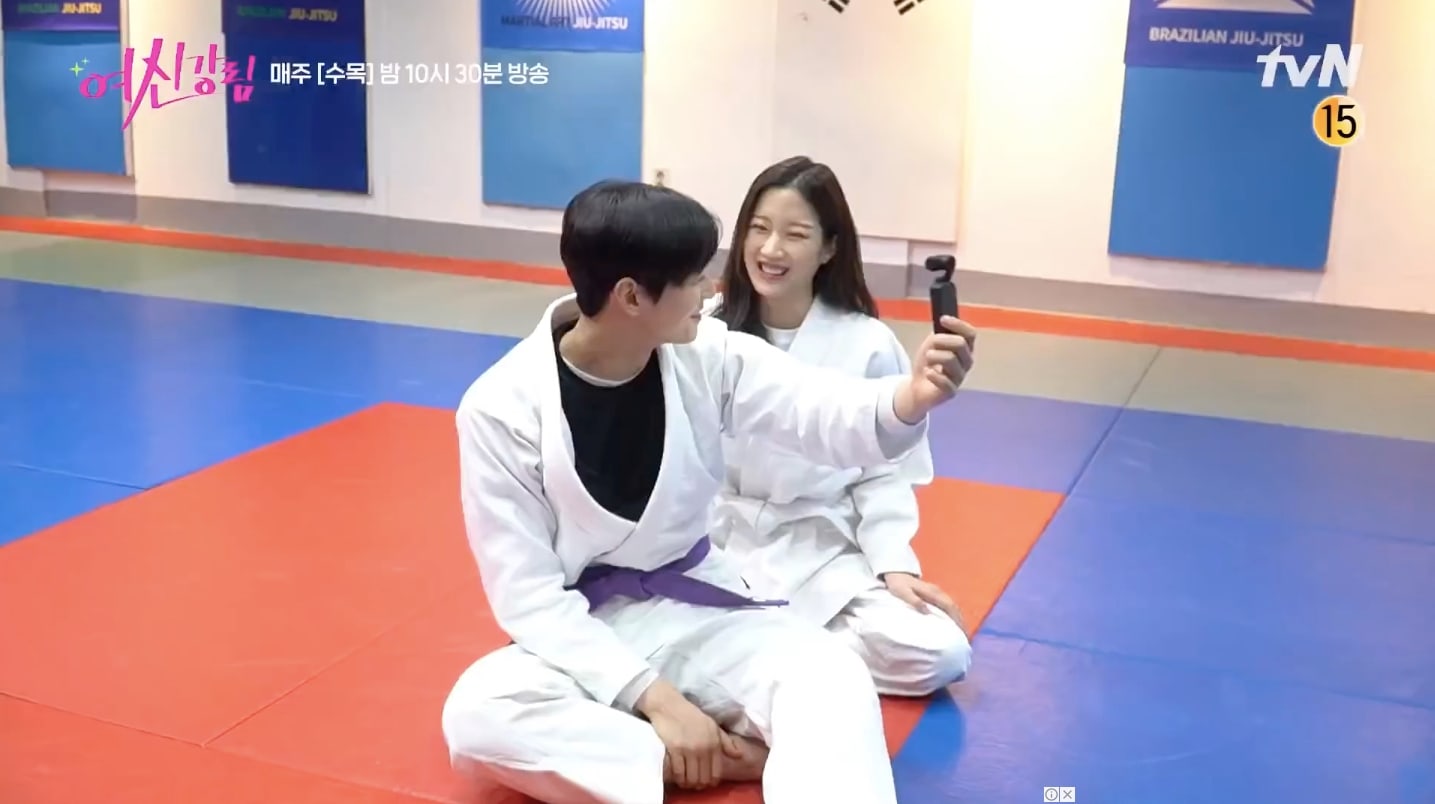 Find out more about “True Beauty” with subtitles here:

What do you think of this Jiu Jitsu practice between Cha Eun Woo and Moon Ga Young? Let us know what you think on our Facebook page or on our Twitter account.

Read more: Namjoon shows why He is the best leader