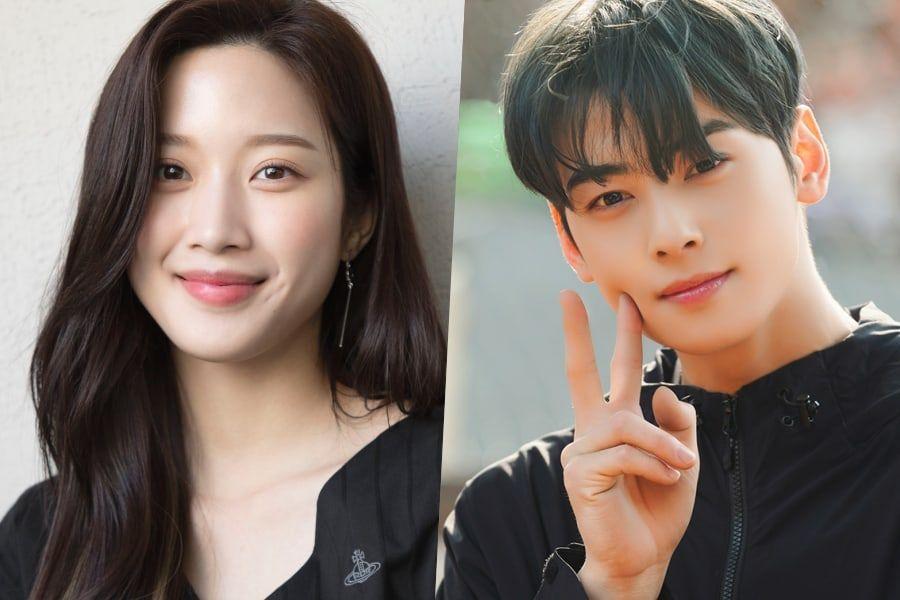 ASTRO’s Cha Eun Woo spoke to me about his special chemistry Moon ga youngwith whom he was in the drama of tvN, True beauty. He said the following:

My chemistry and teamwork with Ga Young is really great. We talked about scenes and worked together during rehearsal, and we tried different things [mientras actuamos juntos]. We had fun filming

If I could define our degree of rapport, I would say it is 99%. Since we have more scenes to shoot, I left a dot so we can complete this last dot during the recording. The scenes we left until we hit 100%, I honestly enjoy filming scenes with her.

Then he commented on his character in the drama:

He’s a character who looks cold on the outside but actually has a warm heart, is a little clumsy at times, and even has a sweet side. Has unexpected charms

He’s a character who has a different backstory than the other characters I’ve played so far. I believe that as a student I can show a new side of myself.

What do you think of the relationship from ASTROs Cha Eun Woo with Moon Ga Young? Leave your message in the video comment 🙂

On the other hand, Mnet has released an official statement on the future of IZ * ONEHow it turned out that several candidates were mistakenly eliminated during the Produce 101 vote. The explanation is as follows:

Hello, we are Mnet.

We are making a statement about the future activities of IZ * ONE.

As planned, IZ * ONE will release a new album on December 7th and they are also planning to attend the 2020 MAMA on December 6th.

The responsibility for this situation of ‘Produce’ lies exclusively with Mnet. Mnet will take full responsibility for trainees who have suffered damage and we will do our best to fully support IZ * ONE, which is already advertising and whose members are already pursuing their individual dreams. [como artistas].

Off The Record Entertainment and Swing Entertainment, who are currently co-managers of IZ * ONE, will also do their best to get the job done and help their artists grow.

We would like to thank all fans who always love and support IZ * ONE. In addition, we once again apologize to all affected viewers and support the trainees who have suffered damage from this situation.

What do you think about it? Leave your message in the video comment! On the other hand, it has been shown that CNBLUE has topped the iTunes charts in 10 countries, including Mexico and the Philippines, with its new mini-album RE CODE. The guys came back in style. Congratulations! To the last Kim Bum spoke in a photo report for the magazine Cubit his role as the villain in the drama of the tvN, The story of the nine tails. He said the following:

When I think about it Lee rank I also think of the death instinct Thanatos. Lee rank He was forsaken by love and made him a character who has a deep desire for destruction.

Rogue roles tend to add fire to my desire for expression

I really wanted to do a melodrama. But I think it felt more liberating because there weren’t any romantic parts. I was able to express my feelings without being restricted by any particular relationship

What do you think of the words of Kim Bum?

You may also be interested in: Are BTS and BLACKPINK the legends of K-Pop?

TWICE shares the characteristics of their ideal guy