“True beauty” shared a look at SF9 member Chani‘s cameo before the premiere of the drama!

“True Beauty” is based on a successful Webtoon and is a romantic comedy about Lim Ju Gyeong (Moon ga young) who avidly uses makeup to hide her bare face and battle her insecurities about how she looks. After meeting Lee Su Ho (STAR‘s Cha eun woo), a popular student who has his own emotional wounds, shares each other’s secrets and learns to heal through love. Hwang in yeob plays Han Seo Jun, an indomitable rebel with a surprisingly warm heart.

Chani makes a special appearance on the show as Jung Se Yeon, the best friend of Lee Su Ho and Han Seo Jun. His optimistic character is described as smoothly bridging the gap between the cold Lee Su Ho and the rough Han Seo Jun. The stills released on December 8 show the trio’s close friendship in the past. Jung Se Yeon beams as he checks his bracelet, and the trio crosses their arms to show they are wearing the same bracelets.

However, Lee Su Ho and Han Seo Jun have a strained and conflicting relationship in the present, contrary to their close friendship in the past. Drama fans are curious why they turned away from each other. 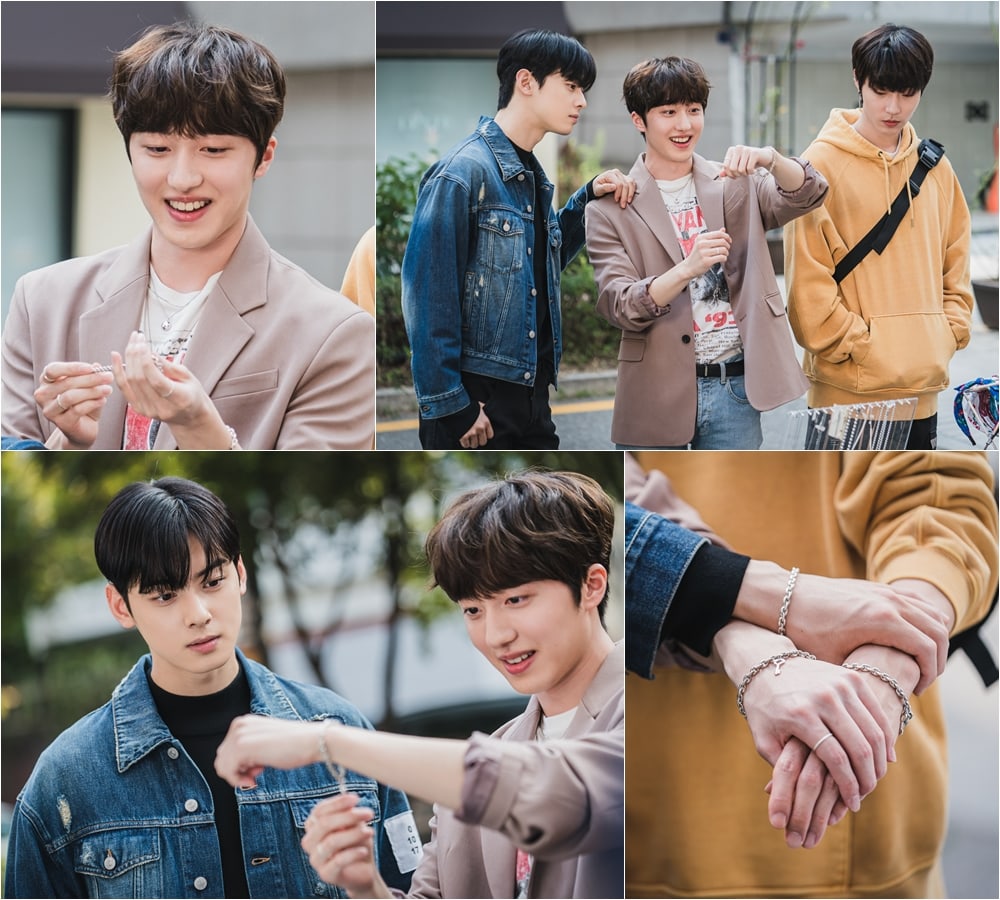 The production team said, “We sincerely thank Chani who willingly accepted the offer to make a cameo despite his busy schedule. Though it was only a cameo, Chani made his character more three-dimensional through his detailed analysis of the script. “They asked fans to look forward to the trio’s performance together and the story of the characters.

True Beauty premieres on December 9th at 10:30 pm KST and will be available on Viki.

Check out a teaser for “True Beauty” below!