Henry, BLACKPINK, “Show Me The Money 9” stars and other top weekly Gaon charts

Henry, BLACKPINK, “Show Me The Money 9” stars and other top weekly Gaon charts for the week of November 22nd to 28th!

Henry with his new mini-album “travel” Which debuted at number 1. Bts‘s “BE (Deluxe Edition) stayed strong in second place, followed by MONSTA X “Love Killa” At No. 3. NCT‘s “RESONANCE Pt. 1” Which has previously surpassed both gaons weekly and monthly Charts when it was released in October, the chart returned to number 4. AB6IX “SALUTE” Rose ranked 5th for the mentioned week. 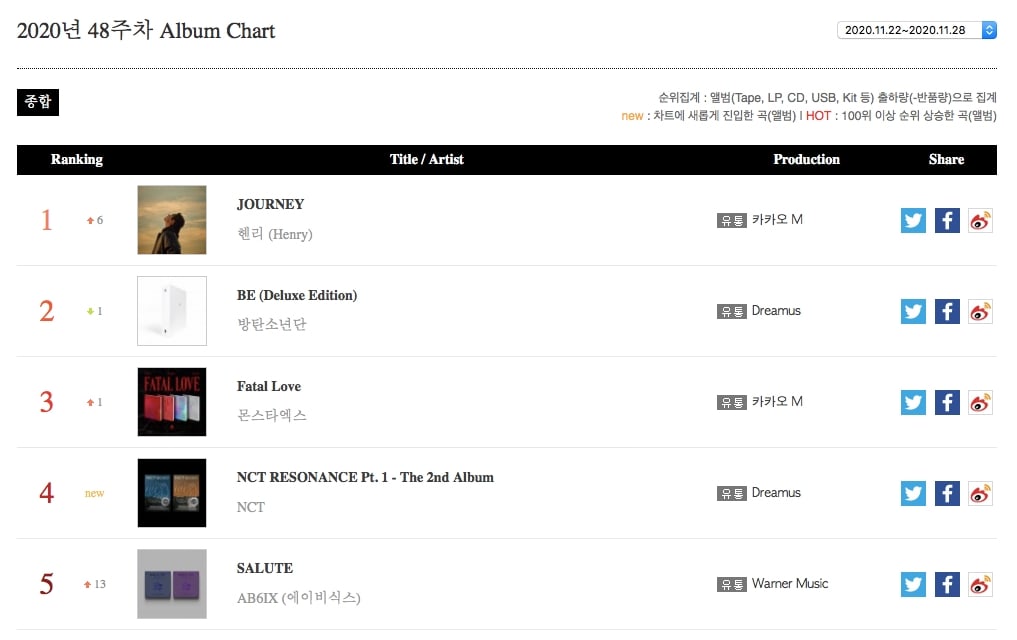 The rappers from “Show Me the Money 9”, Miranni, Munchman, Khundi Panda and MUSHVENOM’s hit collaboration “VVS” (with JUSTHIS and produced by GroovyRoom) shot to number 1 on the overall digital charts this week. With their long-term success, BTS took the next two places in the table. “dynamite“On place 2 and their new title track”Life goes onJang Beom June’s “Can’t Sleep” came in 3rd place and 4th place Im Chang Jung‘s “Love shouldn’t be tough on you” rounded out the top 5 of the week. 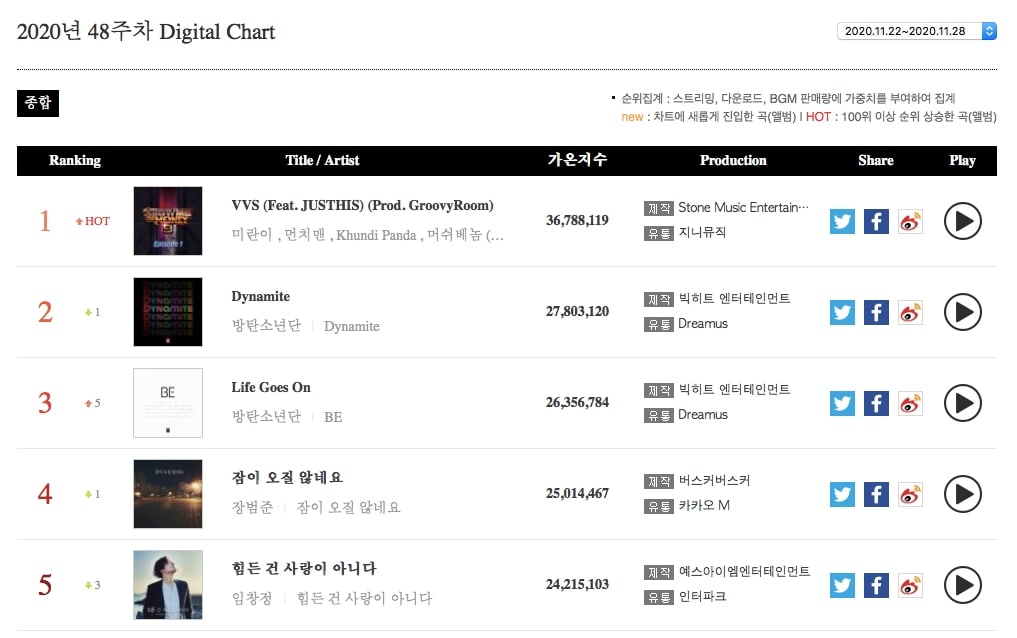 In Young Woong took the first two places in the digital download table of this week and took 1st place with “HERO” and 2nd place with “Trust in Me”. BTS’s “Life Goes On” took 3rd place, followed by Miranni, Munchman, Khundi Panda and MUSHVENOM’s “VVS” in 4th place. Finally, NCT Us “90s love”Entered the card at No. 5. 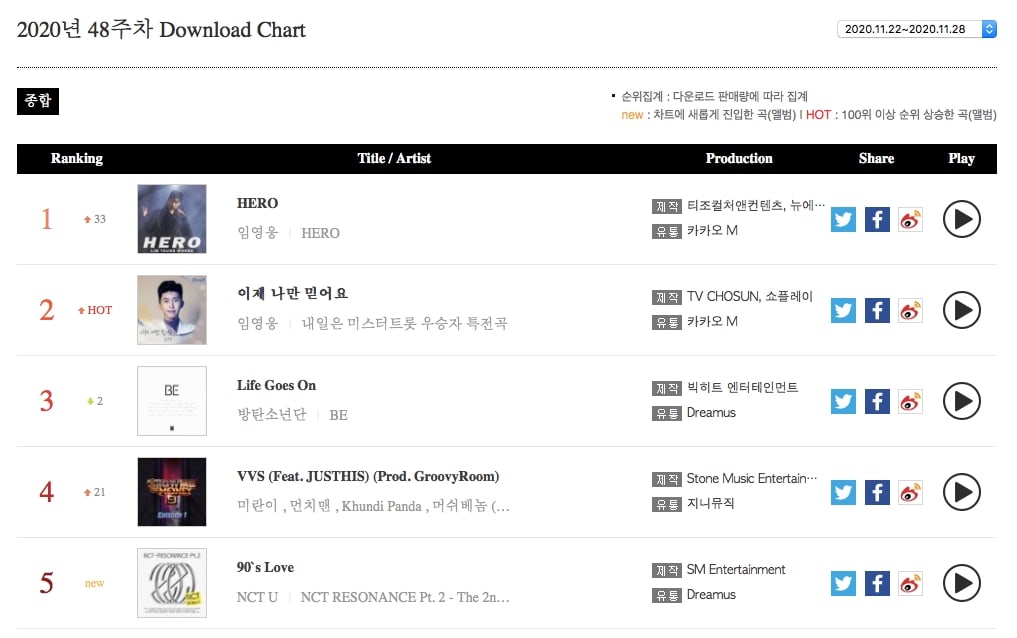 Miranni, Munchman, Khundi Panda and MUSHVENOM’s “VVS” also topped the streaming charts this week, with BTS’s “Dynamite” at number 2. Jang Beom June’s “Can’t Sleep” held its place at number 3, in Chang Jung’s “Love Shouldn’t Be Hard For You” came at number 4 and BTS’s “Life Goes On” climbed to number 5. 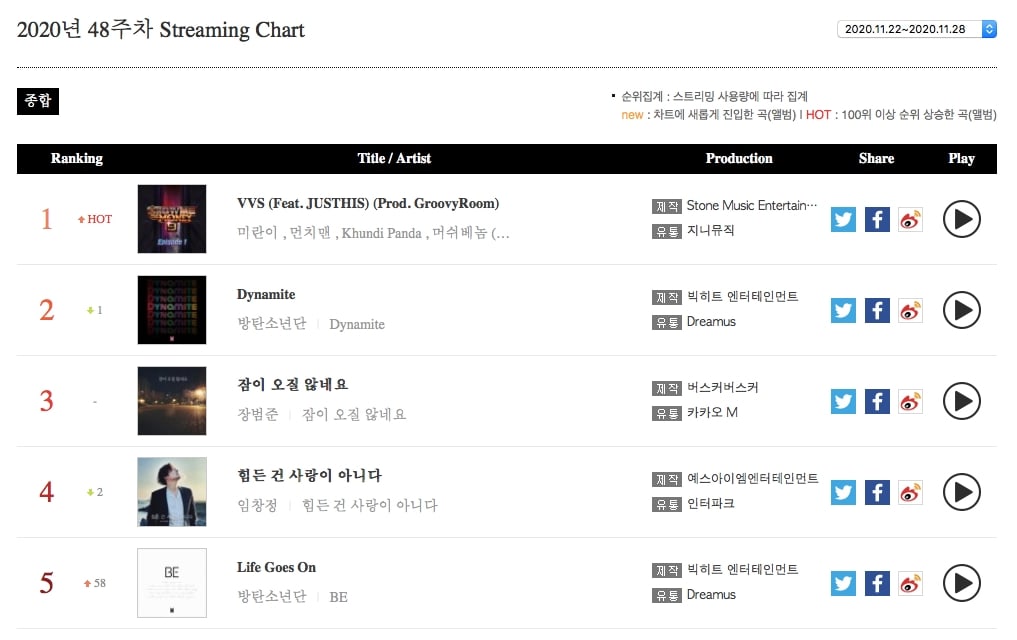 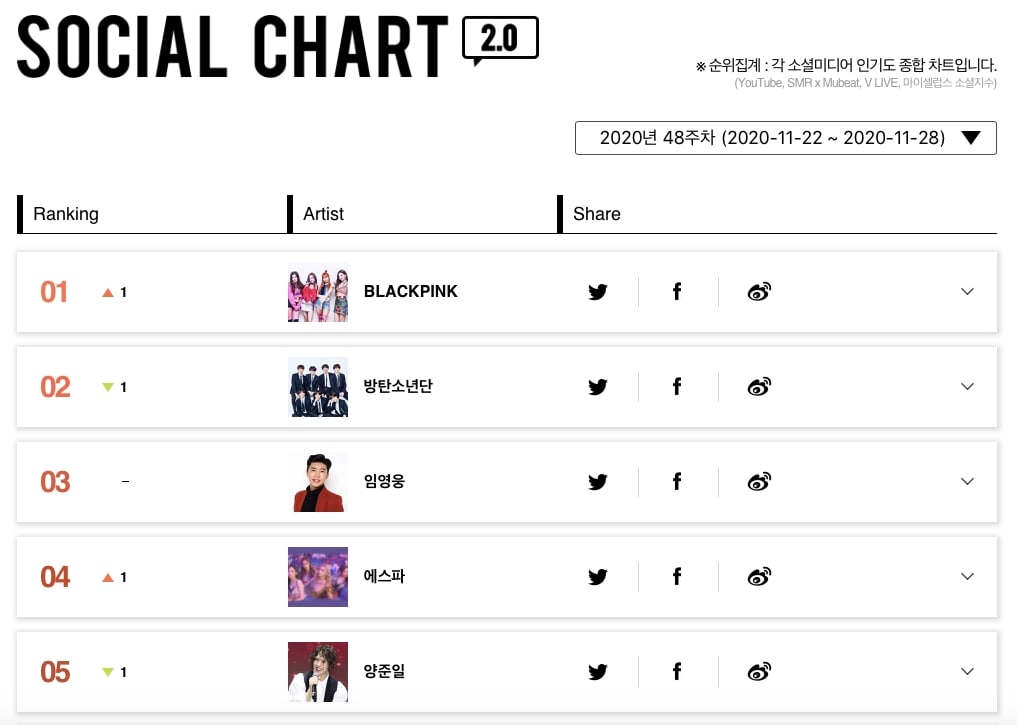 T-ara Soyeon explains why she leaves “Miss Back” after only 4...