Hwang Jung Min takes on the role of Han Joon Hyuk, a seasoned reporter who has lost his passion for work due to the harsh realities of the industry. In contrast, YoonA plays the spirited and courageous intern reporter Lee Ji Soo, and Han Joon Hyuk becomes her mentor while they work on the same team.

In the new “Hush” poster, cleverly formatted as a newspaper, YoonA and Hwang Jung Min show the unique charm of their characters.

YoonA poses as Lee Ji Soo, a hard working reporter, and her eyes are big and round with curiosity and youthful passion. She leans over to her reporter colleague with a clipboard in hand as if asking him a question.

On the other hand, Hwang Jung Min shows veteran reporter Han Joon Hyuk’s free time. Despite the hectic workplace, he looks relaxed and even a little lazy as he sits as a desk with a coffee mug in hand. He doesn’t even look at Lee Ji Soo and doesn’t seem interested in what she has to say.

The caption at the bottom of the “Hush” poster reads, “The Living of Paid Reporters,” suggesting that the drama shows the ups and downs of the average office worker. 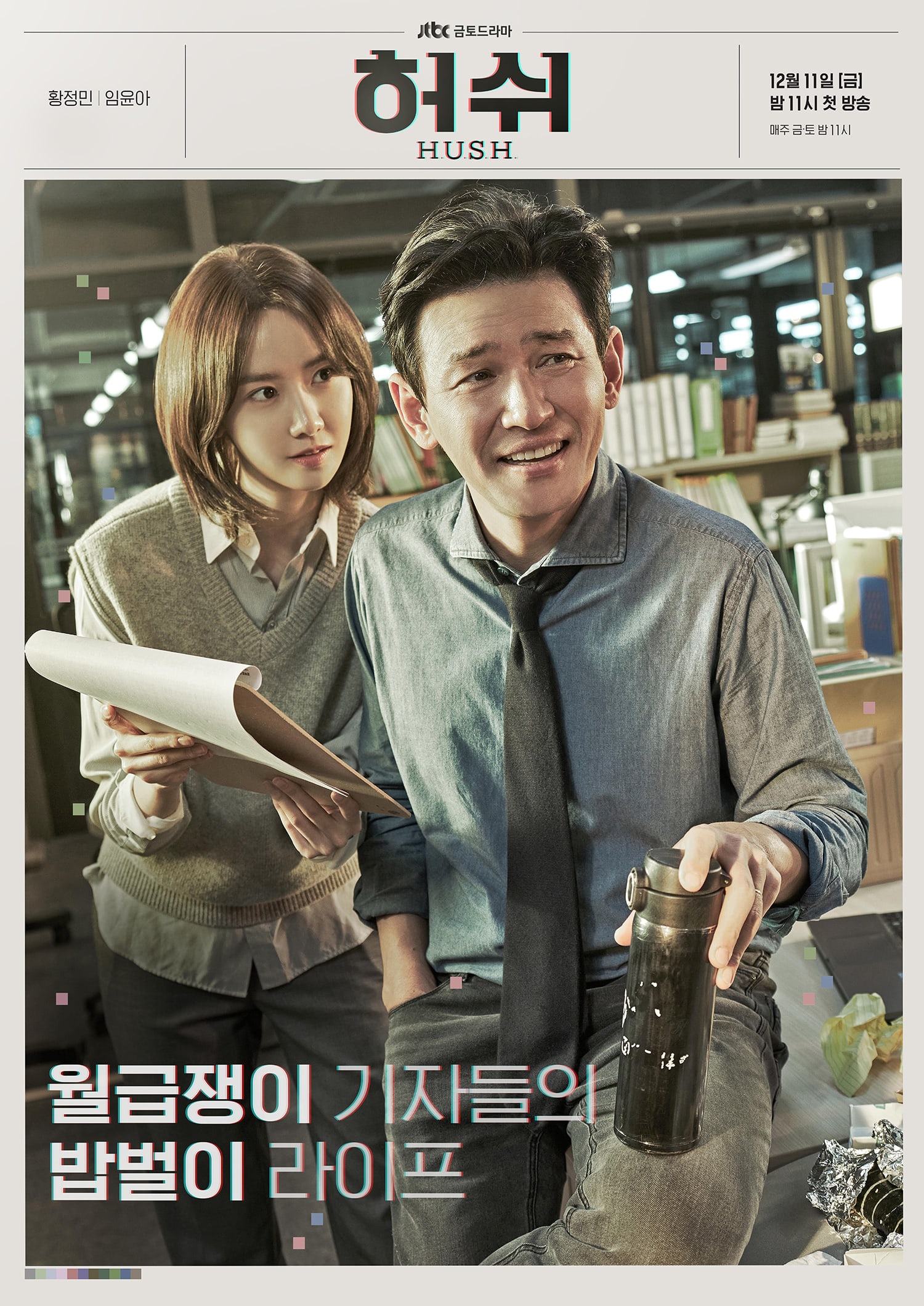 The audience is particularly looking forward to the teamwork between the idol actress YoonA and the experienced actor Hwang Jung Min.

Hwang Jung Min, who will return to the small screen in eight years, said, “I was drawn to the script, which was both realistic and unique, and I couldn’t just let go of it. It’s a good script that lets you focus on the little stories in the solid plot. “

YoonA commented, “Just the fact that Hwang Jung Min is going to be in this drama made me part of it too. I think I can show you a new side of myself through Lee Ji Soo, an intern reporter determined to survive through anything. I will do my best so that everyone can deeply sympathize with the process of their growth. “

“Hush” premiered on December 11th at 11pm KST after the completion of “More than friends. ”

In the meantime, see “More Than Friends” below!