The drama tells the story of a man gumiho (a mythical nine-tailed fox) named Lee Yeon (Lee Dong Wook) who settled in town and the fearless director named Nam Ji Ah (Jo Bo Ah) trying to find out the truth behind her parents’ disappearance.

In the previous episode, Lee Yeon and Nam Ji met Ah Satto (Lee Kyu Hyung) to learn more about the incident with the fox that occurred 21 years earlier. They then received a shock when they learned that the accident was a conspiracy to corner Nam Ji Ah. The leader of the conspiracy was also a middle-aged man whose face bore traces of tattoos that were known to have been worn by criminals in the past.

The new stills show a scene in which Lee Yeon, determined to protect Nam Ji Ah after the new developments, follows her to work at the station. Lee Yeon wears a neatly tailored suit and accompanies Nam Ji Ah through the lobby. He talks to her while sipping his drink and he waits in a chair after saying goodbye to her. 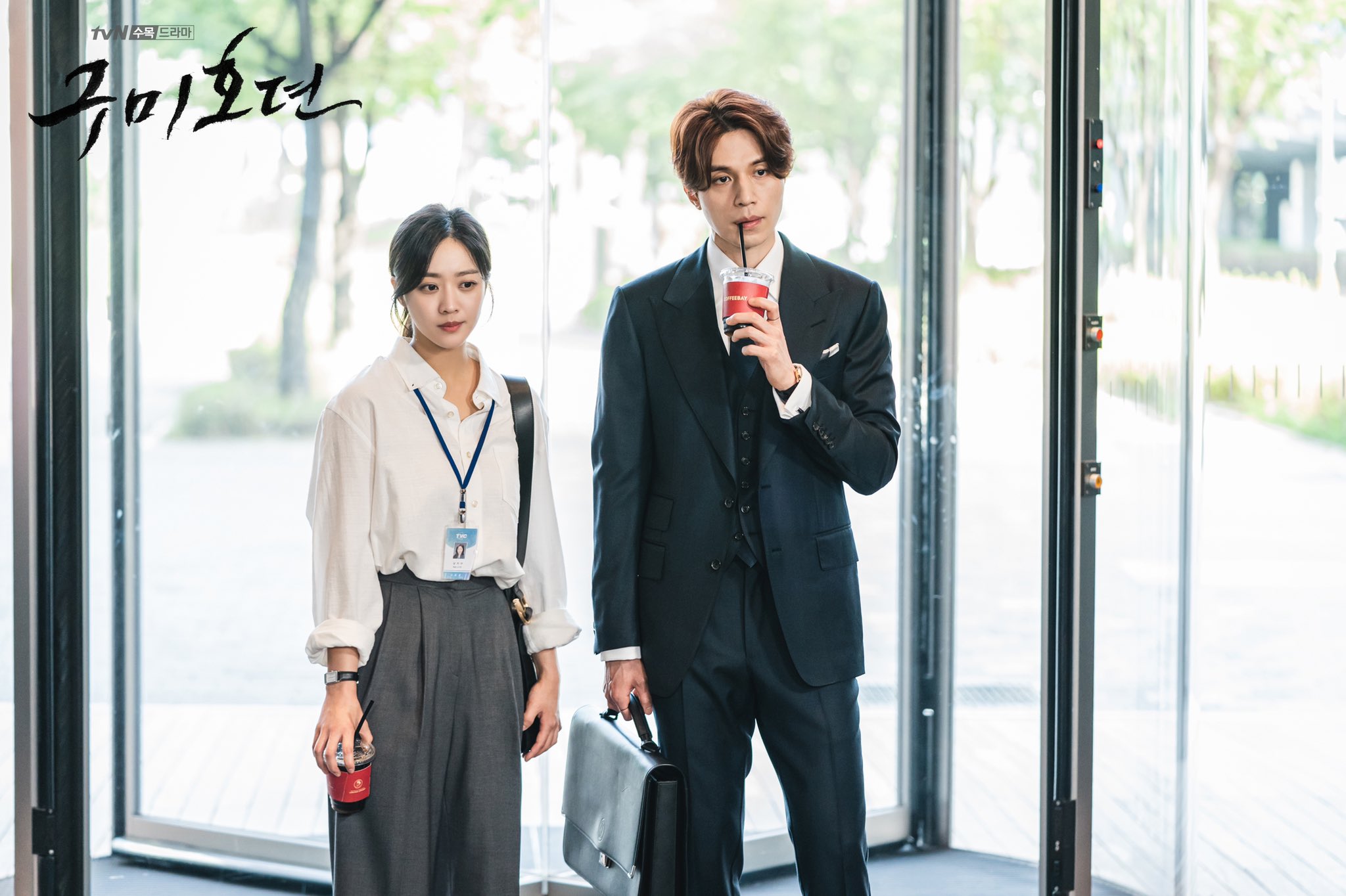 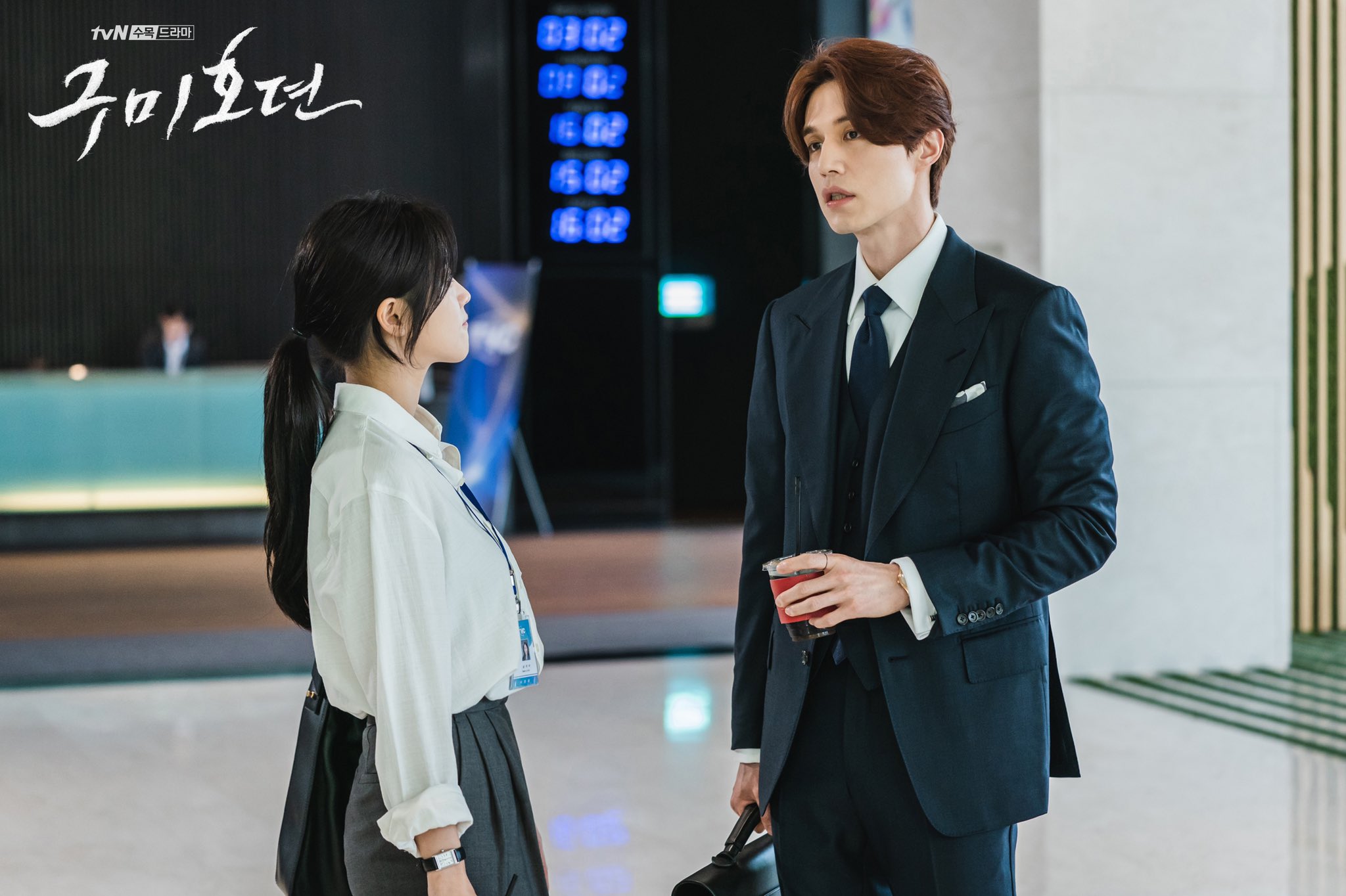 The pre-released clip of the scene shows Lee Yeon driving Nam Ji Ah to work. When asked what he would do while she was at work, Lee Yeon replied that he would be waiting for her in the lobby. Nam Ji Ah sweetly fixes his collar and smoothes his tie before turning to leave. Then she turns around and says, “Thank you for being there, Lee Yeon.”

Check out the clip below!

Additionally, Lee Dong Wook and Jo Bo Ah created a clever new self-directed teaser that both of them posted on their Instagram accounts.

In the video they sit next to each other while eating naengmyeon (Cold noodles). Jo Bo Ah smiles as she adds sugar and vinegar to Lee Dong Wook’s noodles before cutting them and giving him a bite. Lee Dong Wook asks, “Why are you treating me so well?”

Jo Bo Ah answers with a question of his own and asks: “If you want to continue to be treated like this, what do you have to do?” They both start laughing when Lee Dong Wook replies, “I have to watch episodes seven and eight of ‘Tale of the Nine-Tailed at 10:30 pm’.”

Find out about the following drama: