“LUCA”: Kim Rae Won and Lee Da Hee lean on each other during an intense fight 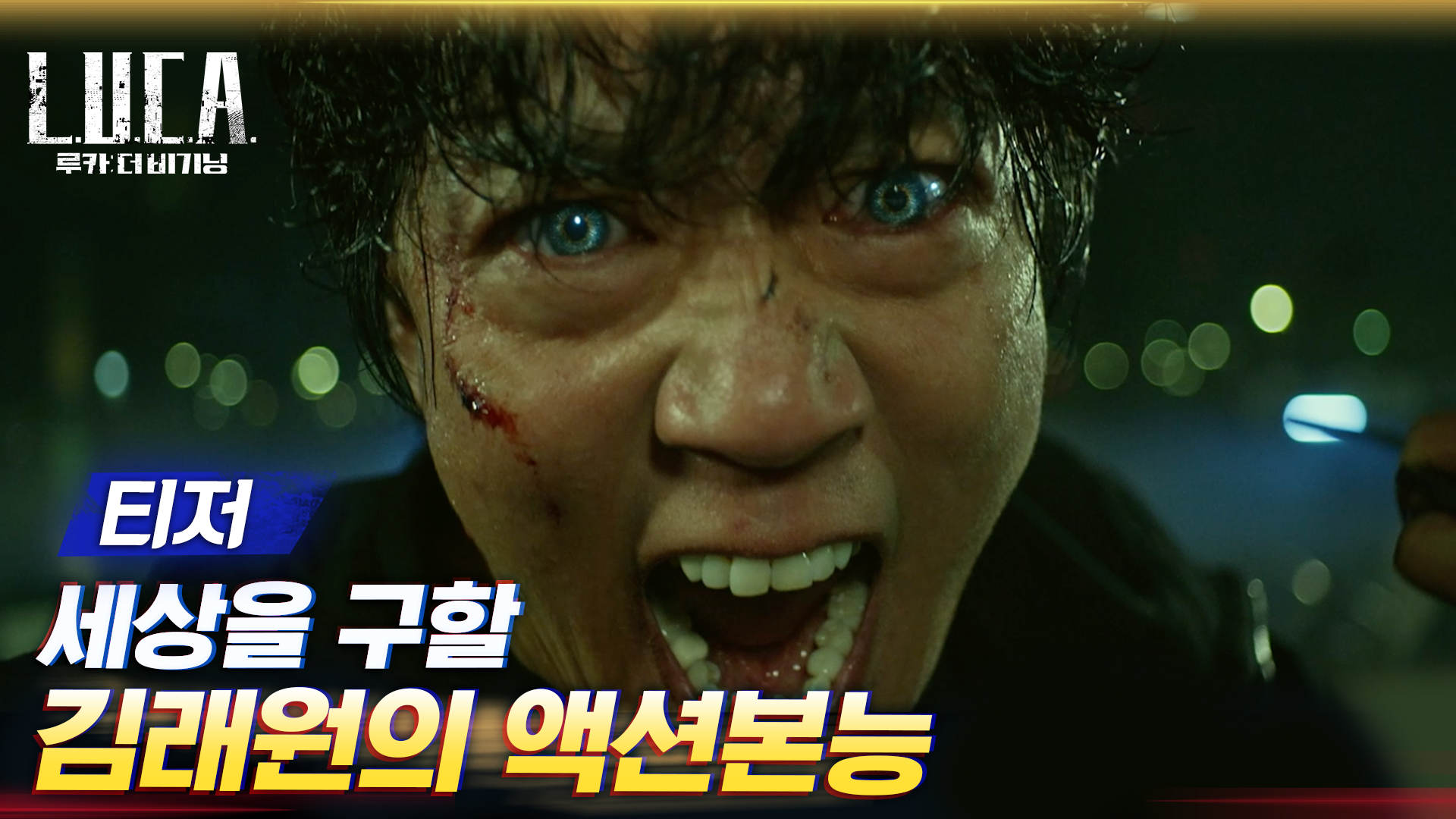 “LUCA” shared a highlight video that shows more of the action and thrill of the show!

The upcoming TVN drama is about a man named Ji Oh (Kim Rae won), who is persecuted for his special skills, and a violent crime detective named Gu Reum (Lee Da Hee) who is the only one who remembers him. Kim Sung Oh appears as Lee Son, who is the chief among Ji Oh’s persecutors and who was formerly part of the special forces.

The new highlight of “LUCA” shows another insight into the fascinating universe of history and the impressive action and performance. It starts with a clip of Ji Oh defending himself in a fight while triggering sparks of blue light and giving a clue of his special abilities. He is bloody from the battle, looks at his hands and his voice says, “I don’t know why I am here or how I got here.”

The “LUCA” video also shows Ji Oh running and fighting to avoid his pursuers. Gu Reum says: “I remembered exactly who you are.” After scenes of intense fighting, Ji Oh leans on the shoulder of Gu Reum, his only safe haven, as he fights in his lonely battle.

Gu Reum is also shown sleeping on Ji Oh’s shoulder while they sit together. When he takes her hand, Lee Son tells the story: “He just keeps running away. That was the first time I saw him save someone. “It seems that Ji Oh and Gu Reum are intertwined by fate, and a headline reads,” She is the only one who lives in Ji Oh’s memory. “Ji Oh says,” If I survive, I’ll go to you. ”

Meanwhile, Lee Son and Ji Oh are embroiled in a terrifying showdown, with Lee Son chasing Ji Oh with animal instincts. “This is the beginning,” says Lee Son. “But if you don’t show up, I’ll kill everyone you know.” Ji Oh’s anger is reaching its extreme and he is showing amazing strength.

The teaser also gives a further insight into the employees of the research center “Human Tech”, which forms the core of the story in “LUCA” Ryu Joong Kwon (played by) Ahn nae sang) is the director of the research center and he is obsessed with the idea of ​​creating the perfect human. Lee Son says to him with tears on his face: “Make me stronger.”

Jin Kyung plays Hwang Jung Ah, a mysterious character that Human Tech founded and hired the greatest scientists for their mission. “A new era is about to begin,” she says, making drama fans even more curious about the secrets and plans of the characters in “LUCA”. Meanwhile, Ji Oh gets stronger as he fights these enemies. He exudes an intense aura as he stands in front of flames and warns: “Try to kill me. I will survive to the end and kill everyone. ”

Check out the highlight video below!

The premiere of “LUCA” will take place on February 1st at 9pm KST.

Read more: MONSTA X Minhyuk and IM participated in an interview and photo shoot for Vogue!

Irene from Red Velvet is celebrating her 7th birthday as a...