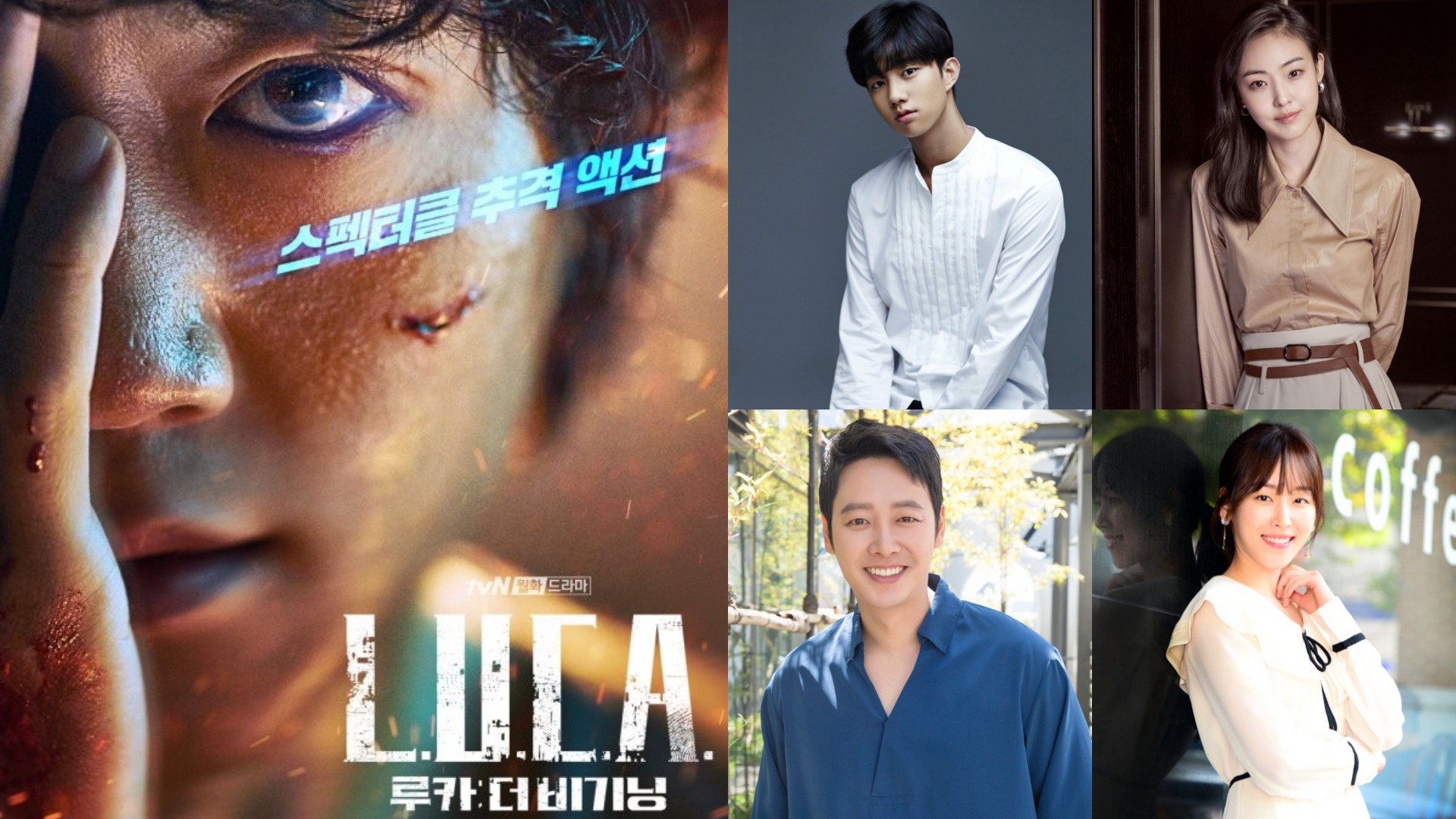 LUCA: The beginning has revealed two posters of its protagonist, Ki Do Hoon and Jeon So Nee have confirmed their participation in Write your fate and Kim Dong Wook and Seo Hyun Jin could star in the drama You are my spring.

LUCA: The beginning, a new drama that tvN will air in 2021, has unveiled two billboards.

LUCA refers to the last universal common ancestor, Charles Darwin’s proposition that we humans today share a common ancestor on which the drama is inspired.

The series focuses on the story of Ji Oh, a man with a special power who wants to clear up the secrets of his identity and who is played by Kim Rae Won. Ji Oh crosses paths with Goo Reum, a homicide detective who has been investigating the disappearance of her parents and is played by Lee Da Hee.

The posters show Ji Oh, a man who He is on the run because he possesses a powerful and otherworldly ability that is desired by mysterious people who are after him. In the first poster, we see Ji Oh covering one eye with his hand while the exposed eye shows a blue reflection that could be related to his power. On the other poster he is surrounded by armed people. The drama production team said of the posters, “We’re going to open a new world of genres by showing original work that has never been seen before. For tvN this will be a new step forward. Please look forward to measures that go beyond the borders is created the irreplaceable actor Kim Rae Won and the Gender experts ”.

LUCA: The beginning is written by Chun Sung Il and directed by Kim Hong Sun. The premiere will take place on February 1st. Additionally, Ki Do Hoon and Jeon So Nee will star in a new Cocoa TV drama called Write your fate.

On the 31st of December Sports world wrote that both Ki Do Hoon and Jeon So Nee have confirmed their participation in the drama that centers on how the God of Destiny writes the life of one person and the person who lives that life.

Ki Do Hoon, who received good reviews last year for his work on the drama Once againwill interpret in Write your fate to Shin Ho Yoon, the god of fate who is responsible for writing the fate of people. Jeon So Nee, who worked on together with Got7s Jinyoung last year If my L.Ove Bloomsto bring writer Go Chae Kyung to life in this new cocoa TV drama. On the other hand, Kim Dong Wook and Seo Hyun Jin are negotiating their participation in a new series.

AND On December 31, it was announced that actor Kim Dong Wook could star in a new TVN drama, the literal title of which is You are my spring.

After this information became known, KeyEast Leisure announced, “Kim Dong Wook has received a proposal to star in the new drama. You are my spring and he studies it in a positive way.

The plot of You are my spring turns at three Adults who approach their lives with the heart of their 7 year old versions. Kim Dong Wook was offered to play Joo Younger Do, a psychiatrist who helps others heal their emotional wounds and discovers the need to live. However, he has his own scars because he cannot save his brother.

Seo Hyun Jin is negotiating his participation in the drama in which he would play the main female character Kang Da Jung.

Yoon Kye Sang was originally offered the role of Joo Younger Do, but on December 31, tvN announced that the actor had declined the offer due to a scheduling conflict.

You are my spring It is written by Lee Mina and directed by Jung Ji Hyun. The broadcast is planned for this year.

You may also be interested in: Youth from May reveals leading actor + Oh Na Ra in Thug boys + Netflix presents monsters from Sweet home, Kim Hye Soo plays the lead role Youth judgment from Netflix, WJSN’s Seola sings along at the end of the day Growth phase

“18 Again”: Bomin is dissatisfied when Hwang In Yeob confesses his...