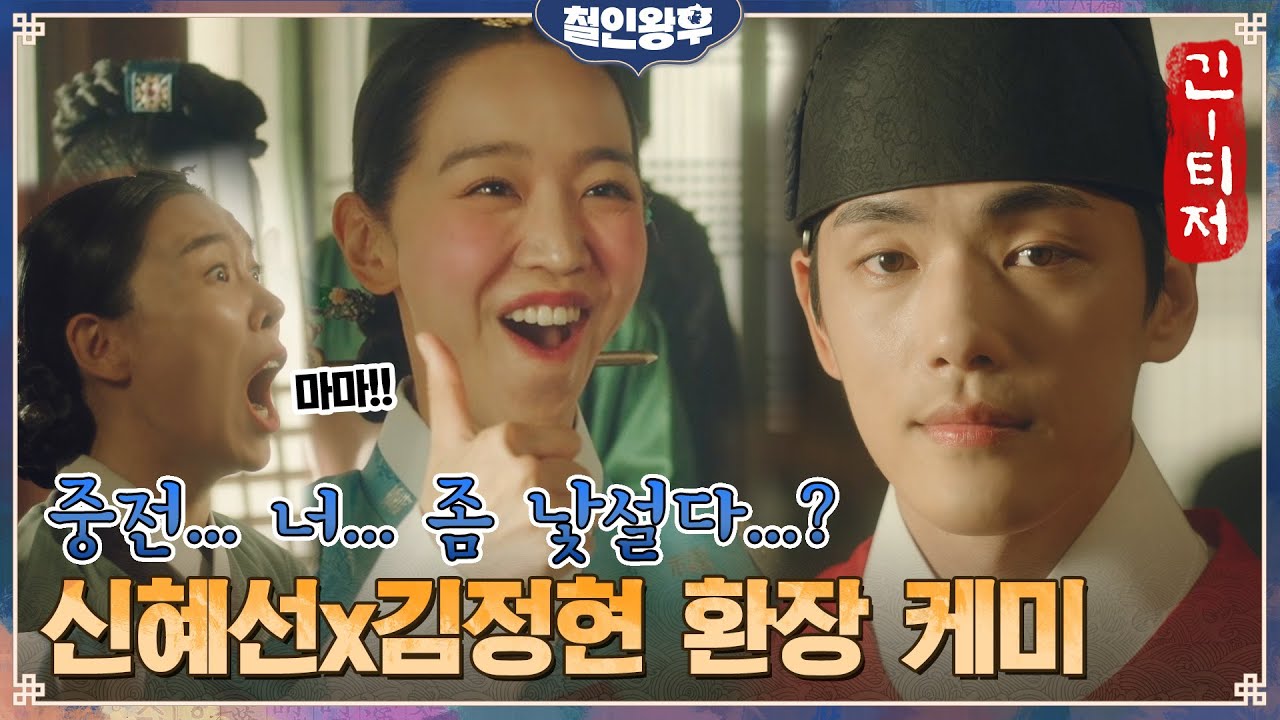 “Mr. Queen” is a new historical fantasy comedy drama about a modern man whose soul is trapped in the body of a queen from the Joseon Dynasty.

Shin Hye sun Stars like Kim So Young, the Joseon queen with the soul of Blue House boss Jang Bong Hwan trapped in her. Kim Jung Hyun plays King Cheoljong, who outwardly looks like a weak and ineffective ruler, but is stronger and sharper than he appears.

The highlight role begins with Jang Bong Hwan’s voice calling out, “No, I’ll live!” when Kim So Young wakes up in an unfamiliar bedroom and stares at her face in the mirror in disbelief. Sitting next to King Cheoljong, she jokingly says, “What is it, the Joseon Dynasty?” but King Cheoljong replies in shock: “This is the Joseon Dynasty.”

Kim So Young soon finds out that she is supposed to be married to King Cheoljong and tries to admit that she is indeed a man. Despite her attempts to rattle the king by slipping a foot in his direction and slapping him in the chest, he calmly told her, “No matter how hard you hit me, I will not die.” As they go to sleep in opposite directions, King Cheoljong dryly says, “I’m curious what kind of queen she will be.”

Next, the highlight “Mr. Queen” role gives an insight into the different sides of King Cheoljong’s personality. Although he says: “A king never runs,” you first see how he breaks into a ghostly run at the end of a dark hallway. This comedic moment is immediately contrasted with his stony gaze as he confesses: “I never wanted to be king, let alone a figurehead.” Queen Sunwon (Bae Jong Ok) then warns him: “Never lose your humility.”

King Cheoljong reveals his true motives when his voice says, “We are preparing for a battle between power and justification. The only way to punish those in power is to prove their corruption with documents. “He shows his immaculate sword fighting skills while fearlessly fighting his opponents before furiously tearing his mask off his face.

“Mr. Queen” Sunwon turns back to Kim So Young’s plight and expresses concern about her strange personality. Sunwon’s younger brother Kim Jwa Geun (Kim Tae Woo) threateningly tells her: “More important than who you are is who you have to become.” Kim Byung In (Well in woo) then says to Kim So Young, “The palace is not as safe as one might think,” adding more puzzles to her plight.

The climax “Mr. Queen” role ends spectacularly when Kim So Young tries to escape the palace and return to her own time while Jang Bong Hwan’s voice says, “Let’s go back to my life and my own body!”

Check out a teaser below!

Read more: Kai shares his enthusiasm for the success of his solo debut

BTS selects the members who fight the most in the group