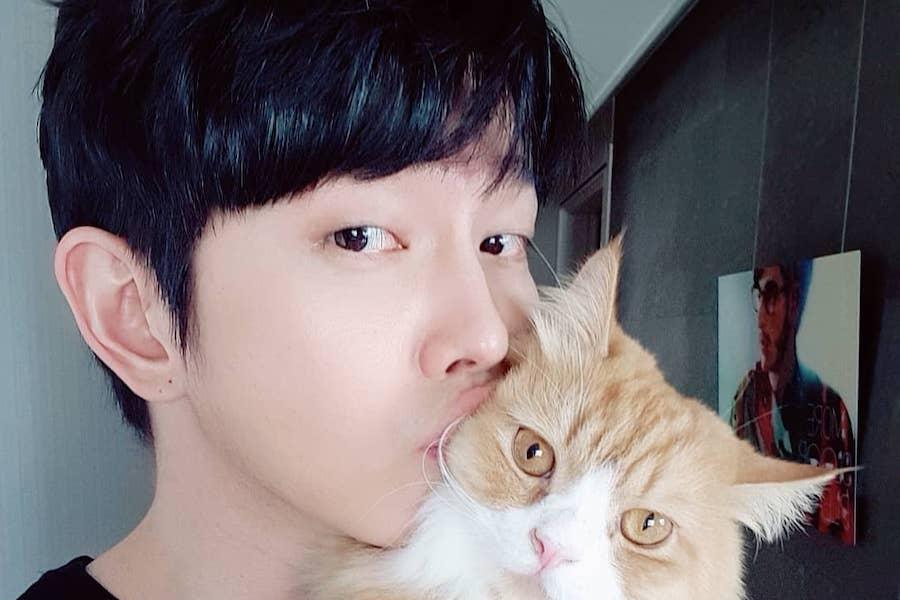 On the January 10th episode of SBS “My little old boy“, Actor Yoon Kyun Sang appeared as a special MC.

During his performance, MC Seo Jang Hoon said, “It is rare that there is not a large difference in height between me and another person,” referring to the height of Yoon Kyun Sang.

The actor announced that he has lived alone for 11 years and is from Jeonju. Jeonju is a city in North Jeolla Province known for its food culture. When asked if he does the housework himself, he said, “I do. I can do pretty much anything on my own. Except for cooking. ”

The prominent mothers on the podium asked why he couldn’t cook when he was from Jeonju, and he replied, “When I go home, I always eat what my mother and grandma have prepared. I haven’t done anything I’ve tried to get interested in cooking through books, but I think I’m more suited to helping out in the kitchen than cooking on my own. I can add different types of ingredients Ramyun but that’s pretty much all I know about cooking. ”

Yoon Kyun Sang is known for his Love of cats There are currently four cats being raised that have been adopted from animal shelters. He also has spoken about the importance of being responsible when it comes to adopting pets.

On the show, I stated, “I had a dog when I was younger and even when I moved out, I never felt lonely. But when I’m working on a production, I spend more time outside than at home. One day I came home and my dog ​​climbed on my stomach and started peeing on me. Even though he knew he was going to get into trouble. I could feel him shaking and I was really shocked. ”

He continued, “After that, he just ate and went to the bathroom when I watched him. If I went into the bathroom with the door closed, he would cry in front of the door. He’d developed separation anxiety out of loneliness because I was away all the time. I sent him back to my parents’ house and then got depressed. So now I have met the cats who are my pets. ”

Yoon Kyun Sang added, “I thought if I had only one it would be lonely, and I ended up with four. You are my family. ”

Yoon Kyun Sang explained, “My father used to abuse me a lot when I was growing up. He never told me to study harder, but if I fought with my little brother or had a tantrum in a place where there were many adults, he would scold me a lot. ”

Check out “My little old boy” below!

Look at Yoon Kyun Sang in the drama “Mr. Temporary” Below!

Share
Facebook
Twitter
Pinterest
WhatsApp
Previous article“True Beauty”: 8 super sweet moments from episodes 7 and 8
Next articleLee Dong Wook thanks Jo Bo Ah for her gift and the warm message on the set of his new film