“Run On”: Im Siwan and Shin Se Kyung are in love

“Run On” tells the story of people who try to connect with each other in their own language after living in different worlds and taking different steps. Im Siwan plays Ki Sun Kyum, a former track and field athlete who is retiring after a life changing event, while Shin Se Kyung plays Oh Mi Joo, an adventurous foreign film translator.

Before that, Ki Sun Kyum and Oh Mi Joo had gone through many ups and downs because their relationship was not clear. Oh, Mi Joo wanted to be careful about creating misunderstandings, so she wanted a clearer relationship. On the other hand, Ki Sun Kyum expressed his desire to stay with her by other means for as long as possible, but he was unable to convey his affection in an appropriate manner. The audience is excited to see if they can overcome their scars and open up once and for all.

New stills show Ki Sun Kyum and Oh Mi Joo sitting close together on a park bench. Their eyes are full of affection and they look at each other with a loving smile. They can’t hide their feelings and it is clear that they are head over heels for each other. As a result, expectations about the direction of their romance double. Will you finally be able to confirm your feelings this time? 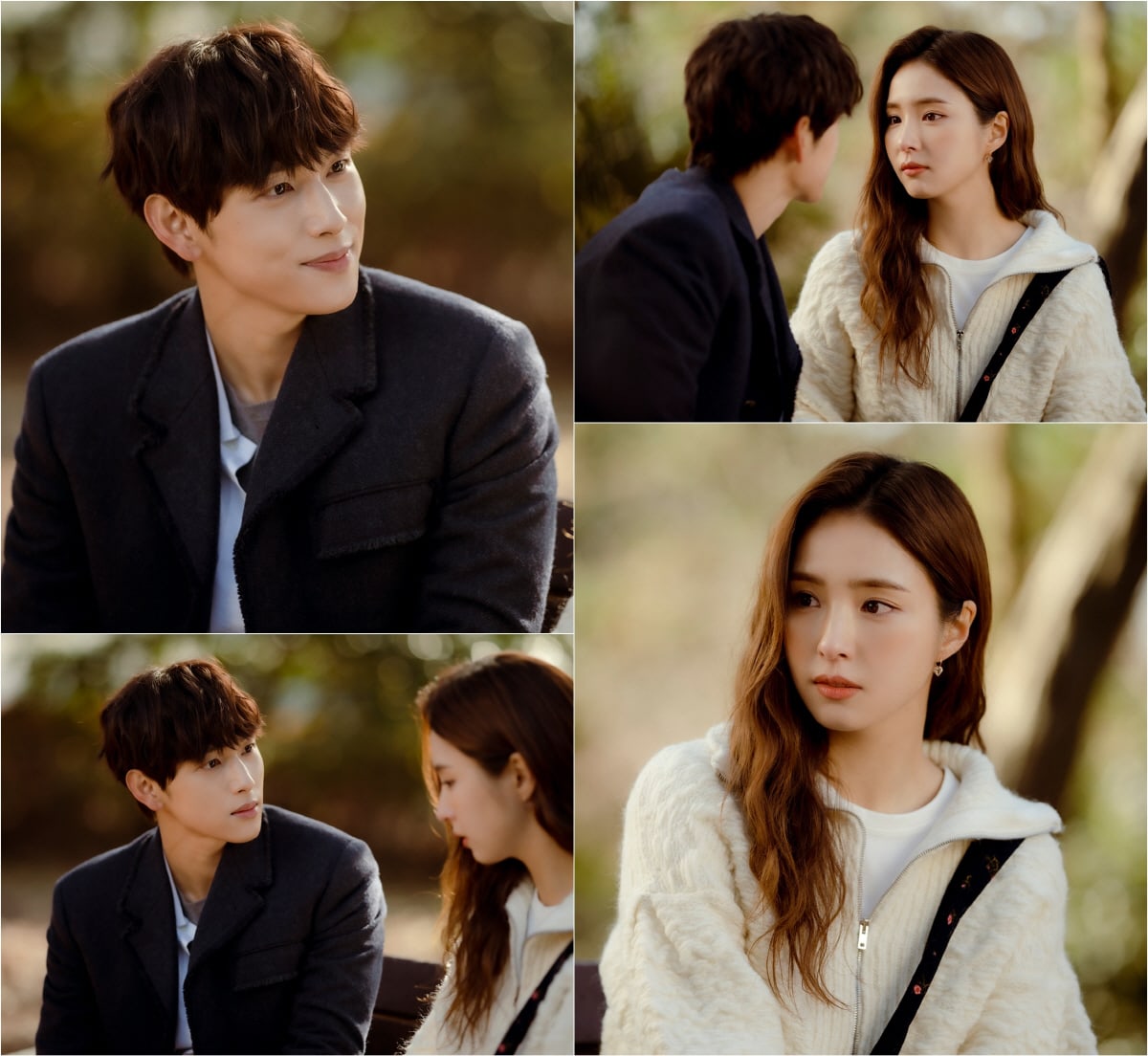 The “Run On” production team hinted at more iconic scenes in the next episode, saying, “There are many scenes that will attract applause from viewers who are concerned about the development of their hard-to-get romance. Please check out the charms of the cute and lovable ‘Kyum-Mi’ couple in the drama. ”

Meanwhile, Shin Se Kyung in “Bride of the water god” Below: