On the January 17th episode of SBS “My ugly duckling“, SHINee Minho appeared as a special MC.

Minho who was unload from conscription last November, had enlisted in the Marine Corps. Despite his time in the military, the show’s celebrity mothers affectionately commented, “You still look like a baby.”

Minho said: “[The thing I wanted to do most after my discharge] was going to the station. This is my first time in a while so I’m excited. ”

Minho is often referred to as one of the “passionate three” in SM entertainment, including Yunho from TVXQ and Choi Siwon from Super Junior. Minho said his passion and competitiveness were influenced by his older brother growing up. 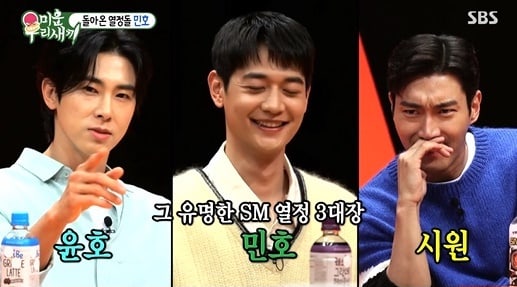 “He’s two years older than me, but there was a gap between everything we’ve done,” he said. “He could study better, exercise better and was much more popular. He’s also handsome, and my mom used to say to me, ‘The goal is to be half as good as him. ‘“

Minho’s older brother studied sports at Seoul National University, the most prestigious university in South Korea. Minho said, “I’ve never been anywhere near the top 10 in the school, but he’s always been in that area. There were times when I was jealous and times when I was just annoyed”.

He continued: “On Valentine’s Day I got two chocolates and was happy, but my brother came home with a whole basket. I was really jealous then. I wanted so badly to win him over that I once messed up everything on his desk. “(Usually girls give chocolates to boys on Valentine’s Day in South Korea, while favor is returned on White Day on March 14.) 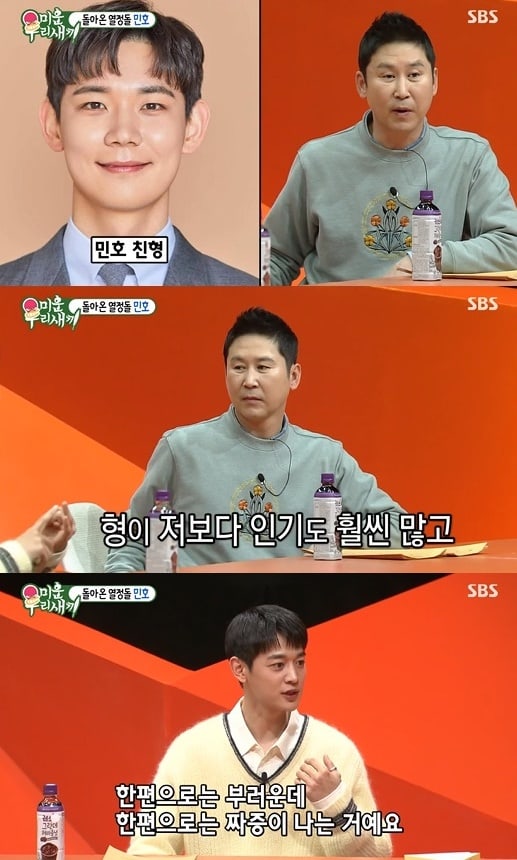 Minho’s father is known as the football coach Choi Yoon Kyum. Minho said: “As soon as he retired from a professional soccer player, he became a coach. As a result, he didn’t have much time to spend with us, especially during winter training [which is often done abroad or in warmer regions]. He told me that as a good father, he ranks 0th. ”

“But I’ve never thought of him like that,” he continued. “Since I was young, I’ve always been proud to see my father in the field.”

In the end, Minho chose the entertainment industry. He said, “I went to an audition and got in the first year of middle school. But my mom was against it and said, “How can you be a celebrity?” I was convinced that I had to go to college and high school to get their permission. So I improved my grades and she gave me permission. ”

Check out “My Ugly Duckling” below!

Read more: TWICE talks about its musical development over the years

Jo Yeo Jeong and Go Joon’s marriage in “Cheat Me If...