The November 16 broadcast was titled “MINHO: I’m Home,” and Minho first greeted fans and announced that he has returned from the military. Fans told him that SHINee New and key promoted its live broadcast and Minho joked, “They matured after joining the military. You have changed. ”

He continued, “When I was in the military, I watched everything from Taemin’s comeback show to everything on Onew and Key. Unfortunately, while I was looking at it, it was time for me to hand over my cell phone. ”

Minho said of Lee Chan Hyuk, “He seemed so high up. I was jealous. I was grateful for his advice. your Album came out today. I hope you listen to AKMU’s album a lot too. ”

Onew then appeared in the studio with a cake. Onew said he’d been filming things and practicing singing lately. Onew praised Minho’s appearance and Minho replied, “I took good care of my appearance towards the end. I did a face mask every day. ” 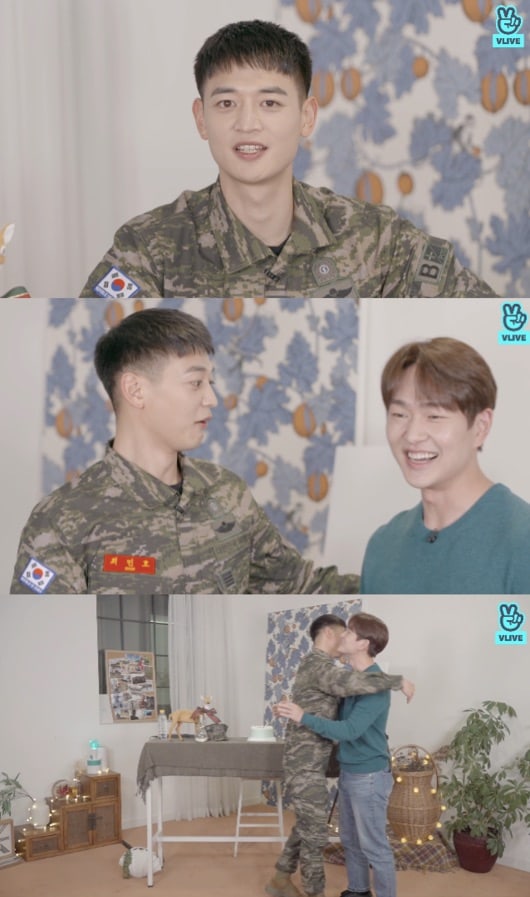 Onew and Minho continued to talk about many things together. Speaking of what he has gained from his military life, Minho said he got faster in moving. “I usually switch quickly for things like concerts. But I got even faster, ”he said.

Shinee Minho also called TWICEs “Fancy” as a song he had heard many times in the military. “I did religious activities in the military,” he said. “TWICE’s ‘Fancy’ was released around the time. My fellow soldiers were big fans of TWICE’s song. “He continued,” It was the background music to my military life. ”

Minho continued, “I am grateful to all Korean girls groups. They give the officers of the armed forces a lot of strength. ”

When asked what experience in the military he was proud of or really worthwhile, Minho mentioned participating in military aid to civil authorities. “I went to help people who were harmed by the typhoon,” he said. Minho said he had helped a struggling elderly man whose farm had been damaged and that he had gone out of his way to work hard that day. “He gave me Bibimbap as a snack, and I was proud, ”he said.

They also spoke to Key on the phone during the show, and Key teased him, “Are you still doing the show? You talked about being in the paratroopers, right? ”

Minho replied, “The fans heard it for the first time.” Key said, “It is not a problem that you tell stories about the military, but make sure they are funny stories.”

When asked about funny stories from his time in the military or from times when he made mistakes, Key replied, “The other time I shared all of my funny stories. I don’t make a lot of mistakes. ”

Minho went on and asked him, “Why do you always leave my messages reading? Why didn’t you coordinate your vacation to match mine? “Key joked in response,“ I don’t know how to use my phone keypad. ”He added,“ I tried to bring our vacation together but it didn’t work out. ”

When it was time for Onew to leave, Shinee Minho thanked him for coming. Minho then took off his uniform and put on a stylish outfit. He said that he was uncomfortable looking and laughing like a civilian.

“Even this morning when I woke up, I felt like I was on vacation,” he said. “It still doesn’t feel real. I think I’ll feel like this for a week or two. ” 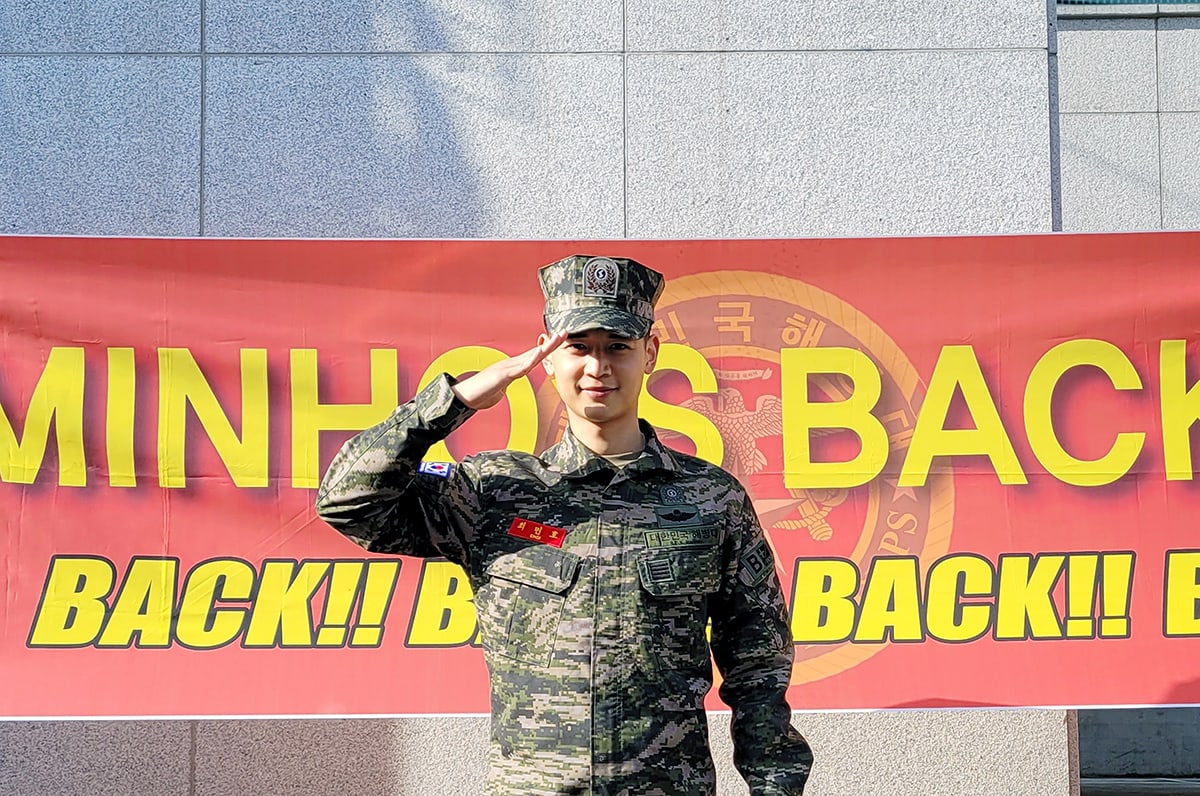