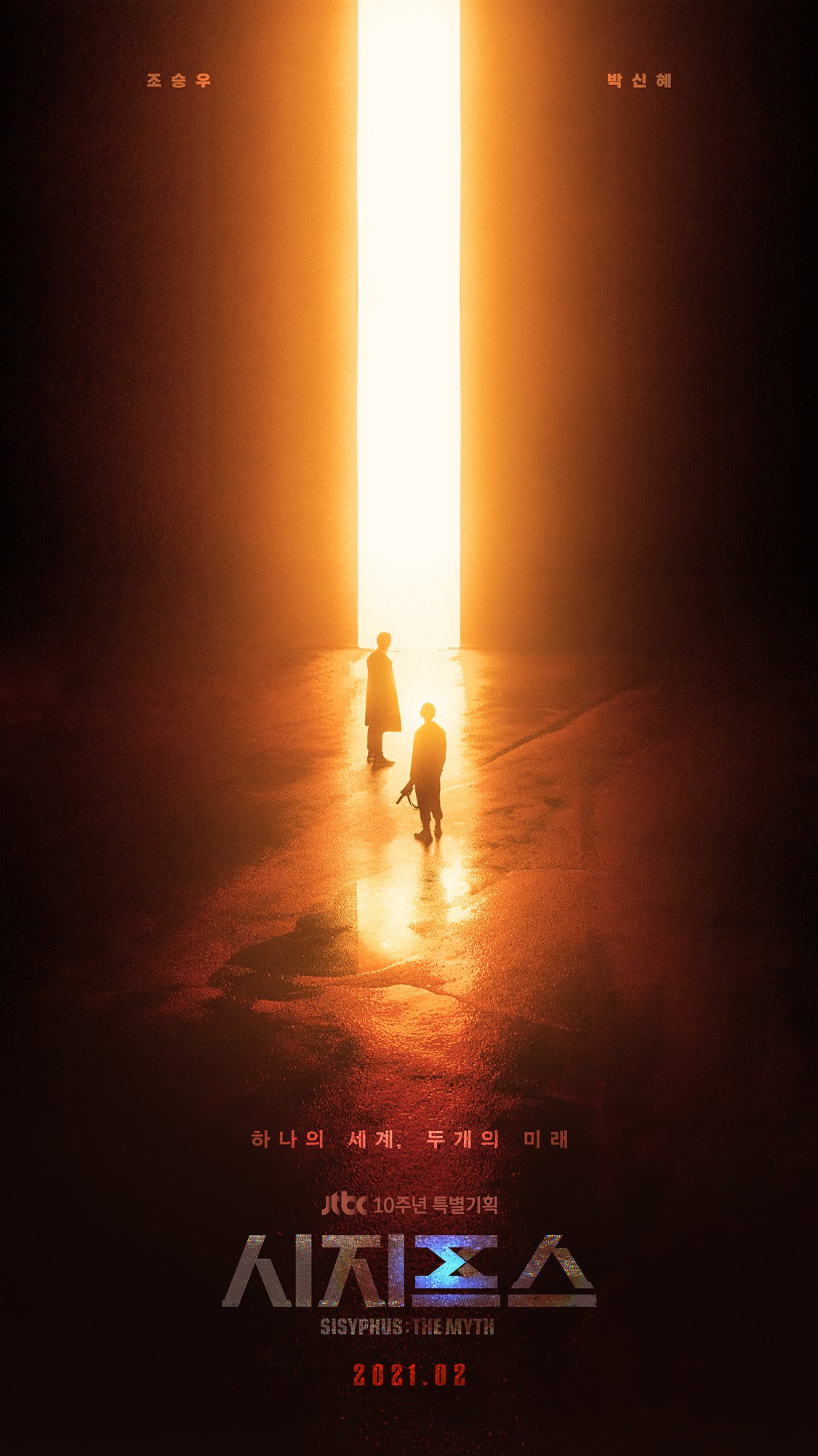 “Sisyphus: The Myth” is a fantasy mystery drama featuring Cho seung woo as Han Tae Sool, a brilliant engineer who embarks on a perilous journey to uncover hidden beings that live secretly in our world, and Park Shin Hye as his savior Kang Seo Hae, who has come a long and dangerous road for him.

At some point in their life everyone has asked themselves the question, “What if we could go back in time?” According to JTBC, “Sisyphus: The Myth” will turn that hypothesis into reality.

On January 1, the upcoming drama released a poster showing its traces on a mysterious path lit by blinding light. While the two silhouetted figures look at this discouraging gate of time, the poster raises the question of what is behind it – and whether it is something to be feared.

Notably, Kang Seo Hae is holding a gun as she stands a few steps behind Han Tae Sool, pointing out her mission to go back in time to save both Han Tae Sool and the world.

Meanwhile, the poster’s caption teases in an intriguing way, “One World, Two Futures”, referring to the possibility that the future may change depending on whether or not Kang Seo Hae can save Han Tae Sool.

The producers of “Sisyphus: The Myth” commented: “On January 1st the gate to 2021 finally opened. To celebrate this moment and welcome the New Year, we released a launch poster that symbolically captures the key message of ‘Sisyphus: The Myth’. ”

They continued, “Please tune in to find out if Tae Sool and Seo Hae, facing the fate of“ one world, two futures ”, can open the door to the second future after a violent struggle. Please look forward to the beginning of your epic journey to save the world. ”

“Sisyphus: The Myth” premieres in February after the completion of “Run On” by JTBC.

In the meantime, see Park Shin Hye in “Small house in the woods” Below!

Read more: “When It Snows mmm” by Basick and Wheein translated from MAMAMOO into English