“The Penthouse”: 3 moments of Vengeance

Vengeance may be a dish best served cold – but SBS’s “The penthouse“ It delivered hot!

Shim Soo Ryeon (played by Lee Ji Ah) and Logan Lee (played by Park eun suk) plans to avenge the late Min Seol Ah (played by Yo soo min) finally put in a gear. In the latest episodes of The Penthouse, the two characters teamed up to uncover the truth about the murder of Min Seol Ah and to punish those responsible for her death and agony while she was alive.

With only two episodes left in Season 1, here are three moments from “The Penthouse” where Shim Soo Ryeon and Logan Lee successfully tasted sweet revenge:

1. Give the Hera Palace troop a taste of their own medicine 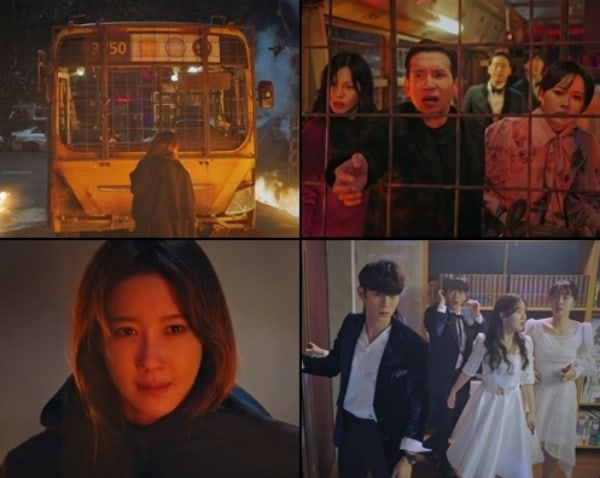 In the second episode of “The Penthouse”, the children of the Hera Palace Club kidnapped Min Seol Ah and took her to a junkyard, where they locked her in a car and soaked her in champagne while mocking her with cruel insults. Then, when the inside of the car caught fire unexpectedly, the children ran away, leaving Min Seol Ah handcuffed in the car, not caring whether she lived or died.

Even though Min Seol Ah narrowly escaped just moments before the car exploded, she was worryingly close to death – and when she confronted the other children, they were shockingly unrepentant.

In the final episodes of the drama, Shim Soo Ryeon and Logan Lee forced the Hera Palace Club and their children to confess their crimes using the exact same method the teenagers used to torture Min Seol Ah before she died. After the duo led them to believe they were going to a concert, they locked the Hera Palace Club members on a bus in the junkyard where their children nearly killed Min Seol Ah and showed the children footage of their parents, those trapped in the bus fire blazed nearby.

In the latest episode of “The Penthouse,” Shim Soo Ryeon gave Oh Yoon Hee (played by SES) Eugene) One last chance to admit murdering Min Seol Ah – and, when she still denied it, to show her DNA evidence.

Even after Shim Soo Ryeon found out about her friend’s indescribable betrayal, she chose to confront her directly instead of going to the police immediately. But when Oh Yoon Hee refused to admit the truth, Shim Soo Ryeon finally asked her directly, “It’s you. You are the one who killed my daughter. Why did you kill my Seol Ah? “before you give her the DNA test results.

3. Tell Joo Dan You have been played

At the end of the drama’s latest episode, Joo Dan Te (played by Um Ki Joon) ‘s presentation was suddenly interrupted by the police who had come to arrest him. When he was dragged away, Joo Dan Te told her to call Logan Lee for help – but Logan Lee was already there.

Logan Lee made a dramatic entrance and with a satisfied smile, informed Joo Dan Te that he was the one who had brought charges against him. He also spoke perfect Korean and let Joo Dan Te know he had been had.

The Penthouse producers commented, “Shim Soo Ryeon and Logan Lee put all of the grief and anger they had built into their unique methods of revenge. Please look forward to seeing Logan and Soo Ryeon end their revenge on The Penthouse, which has only two episodes left. ”

The last two episodes of the first season of “The Penthouse” will air on January 4th and 5th at 10pm KST.

Read more: “The Penthouse” prepares to say goodbye to Season 1

“Radio star”: Hyoyeon speaks about the impact COVID-19 will have on...