“The Penthouse”: Kim So Yeon grows desperate in front of Lee Ji Ah

“The Penthouse” is located in a 100-story luxury penthouse apartment and revolves around three women: the “queen” of the penthouse Shim Soo Ryeon (Lee Ji Ah), the “prima donna” Chun Seo Jin (Kim So Yeon) who won’t stop at anything to get what she wants and Oh Yoon Hee (Eugene) Who will do anything to get into the world of high society?

Previously as Shim Soo Ryeon and Logan Lee (Park eun suk) took revenge on the members of the Hera Palace Club, the spectators felt refreshed when the crimes of Chun Seo Jin and Joo Dan Tae (Um Ki Joon) were suspended. However, Chun Seo Jin proved that she would not go down without a fight when she exclaimed when she was arrested, “Do you think I will resign like this? I’m Chun Seo Jin, the director of the Chung Ah Foundation. ”

New stills show Shim Soo Ryeon looking for Chun Seo Jin in her classroom. Shim Soo Ryeon looks at her with a dignified expression, but Chun Seo Jin gives her an icy look in return. Amid their tense confrontation, however, Chun Seo Jin manages a shocking turn of events when she kneels in front of Shim Soo Ryeon. The desperation on her face and the sudden change in her character make the audience curious about what could have happened during their encounter. 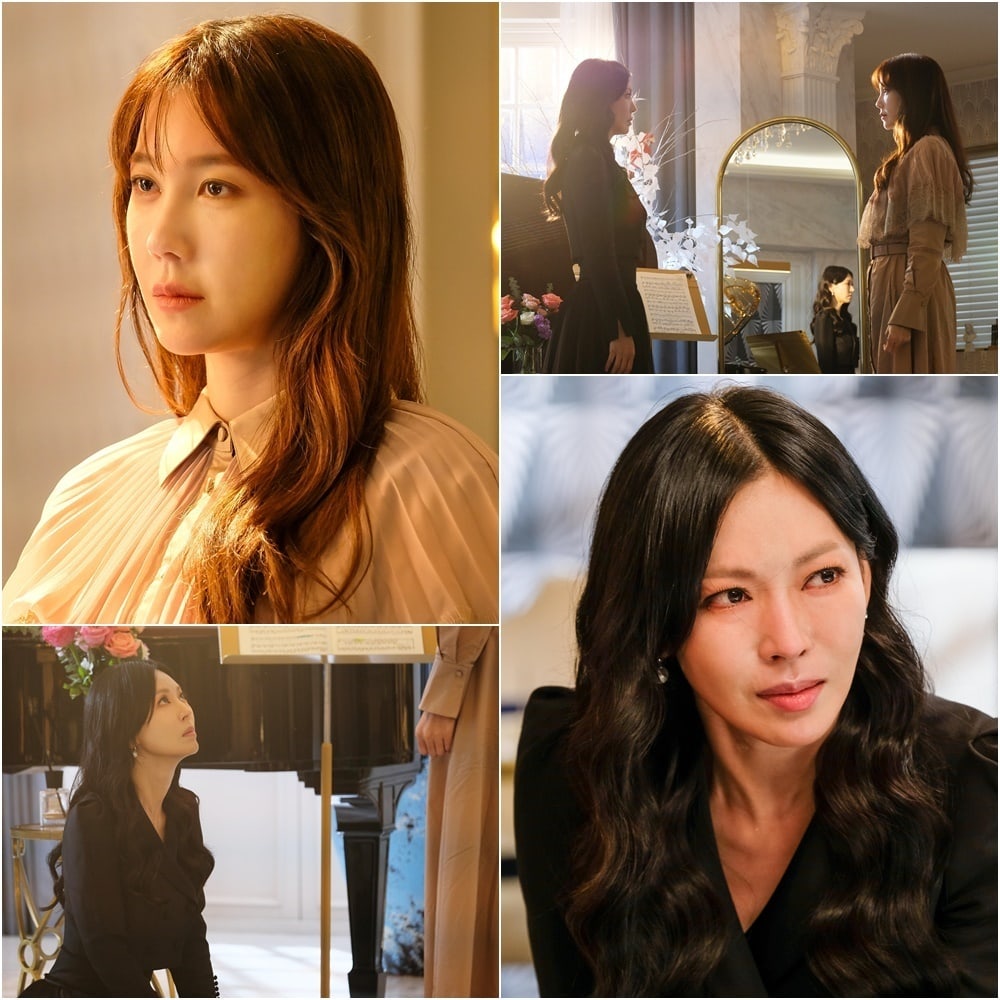 Both Lee Ji Ah and Kim So Yeon enhance the haunting experience of the drama with their unique but compelling depictions of maternal love. While filming, the two actresses made a lasting impression on the set as they incorporated all of their feelings into expressing their tragic maternal love through constant changes in their acting.

The drama production team commented, “With only two episodes left by the end of season one, the characters relationships and situations will change dramatically. Please look forward to the completely unexpected twist in today’s episode. ”

The next episode of “The Penthouse” will air January 4th at 10pm KST.

Watch the drama with English subtitles on Viki!