Based on the hit webtoon of the same name, “True Beauty” is a romantic comedy starring Moon Ga Young as Lim Ju Gyeong, a girl who tries to combat her insecurity about her appearance through her make-up skills that make her a ” Goddess ”. at school. Cha Eun Woo plays Lee Su Ho, a popular student who secretly harbors his own emotional wounds Hwang in yeob plays Han Seo Jun, an indomitable rebel with a surprisingly warm heart.

Before that, Lee Su Ho and Lim Ju Gyeong officially became a couple on “True Beauty”. Their romance was awkward but sweet, and everything seemed to be going well. However, due to jealousy and misunderstanding, they began to drift apart. In addition, Lee Su Ho learned that his father Lee Joo Heon (Jung Joon Ho) tried to cover up his own scandal by telling Jung Se Yeon (SF9‘s Chani). Han Seo Jun also made his way enraged to Lee Joo Heon’s company after hearing a song plagiarizing Jung Se Yeon and Leo’s song. At the end of the episode, Lee Su Ho ran away and Han Seo Jun chased after him, which resulted in the two getting into a traffic accident.

The newly released stills show Lim Ju Gyeong and Lee Su Ho in the hospital. Lim Ju Gyeong ducks into Lee Su Ho’s embrace and he puts a protective hand on her shoulder. They stare at something in shock and arouse curiosity about what has panicked them.

It seems like her friends from school were visiting Lee Su Ho in the hospital. Lim Ju Gyeong is nowhere to be seen and Cha Eun Woo leans back casually in his bed. However, Lim Ju Gyeong’s pink socks appear at the end of the blanket and the boys wonder what’s going on. Will they finally find out about Lim Ju Gyeong and Lee Su Ho’s secret relationship? 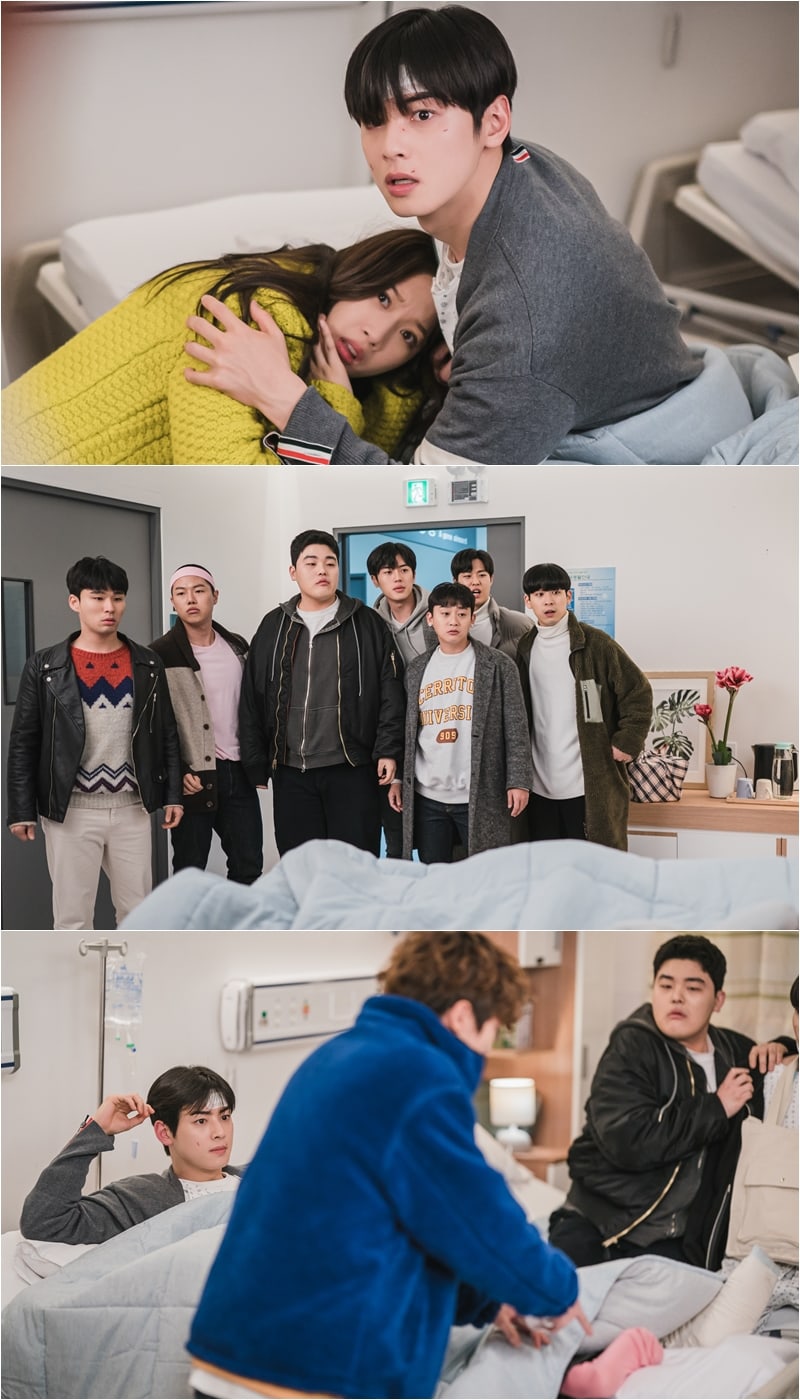 Watch the drama with subtitles here:

Read more: “Disqualified from being Human”: with Jeon Do Yeon and Ryu Jun Yeol

Share
Facebook
Twitter
Pinterest
WhatsApp
Previous article“Disqualified from being Human”: with Jeon Do Yeon and Ryu Jun Yeol
Next article“LUCA”: Kim Rae Won and Lee Da Hee talk about how they face this new challenge

“Search” is close to reach the final with the highest Saturday...