Based on the hit Webtoon of the same name, “True Beauty” is a romantic comedy about a girl named Lim Ju Gyeong (Moon Ga Young) who eagerly uses makeup to hide her bare face and combat insecurities about her appearance. Cha Eun Woo will appear in the drama as Lee Su Ho, a popular student who has his own emotional wounds, while Hwang In Yeob will play Han Seo Jun, an indomitable rebel with a surprisingly warm heart.

As to why he chose the drama, PD Kim Sang Hyub said, “I didn’t specifically think about doing a drama about school life. After working on my first school drama ‘Extraordinary you“I thought to myself,” the next time I get to direct someone else, I think I can do a better job. “While I was thinking about it, I received an offer to do a drama version of ‘True Beauty’.”

He continued, “The main point of ‘True Beauty’ is Lim Ju Gyeong’s funny but sad growing pains. Instead of telling the story realistically, I thought if I twisted it as a comedy instead, it would be fun to see the weird absurdities. I hope ‘True Beauty’ turns into a drama that viewers can comfortably watch. ”

Kim Sang Hyub went on to describe his thinking behind casting Moon Ga Young, Cha Eun Woo, and Hwang In Yeob. “I think the original Webtoon was a hit because of the drawing style and characters,” he said. “I thought it was important and worked to cast people who really looked like the characters.”

He talked about trust in the three actors and initially described Moon Ga Young as someone with a lot of dynamic energy. “I thought it would be nice if Lim Ju Gyeong ran around recklessly, and Moon Ga Young was especially talented at portraying that,” said Kim Sang Hyub.

He continued, “Moon Ga Young started her career as a child actress and has relatively more acting experience than others. I liked the way she interpreted her character.” Kim Sang Hyub went on to describe how the actress wasn’t afraid to let herself go in certain scenes and try special effects makeup. 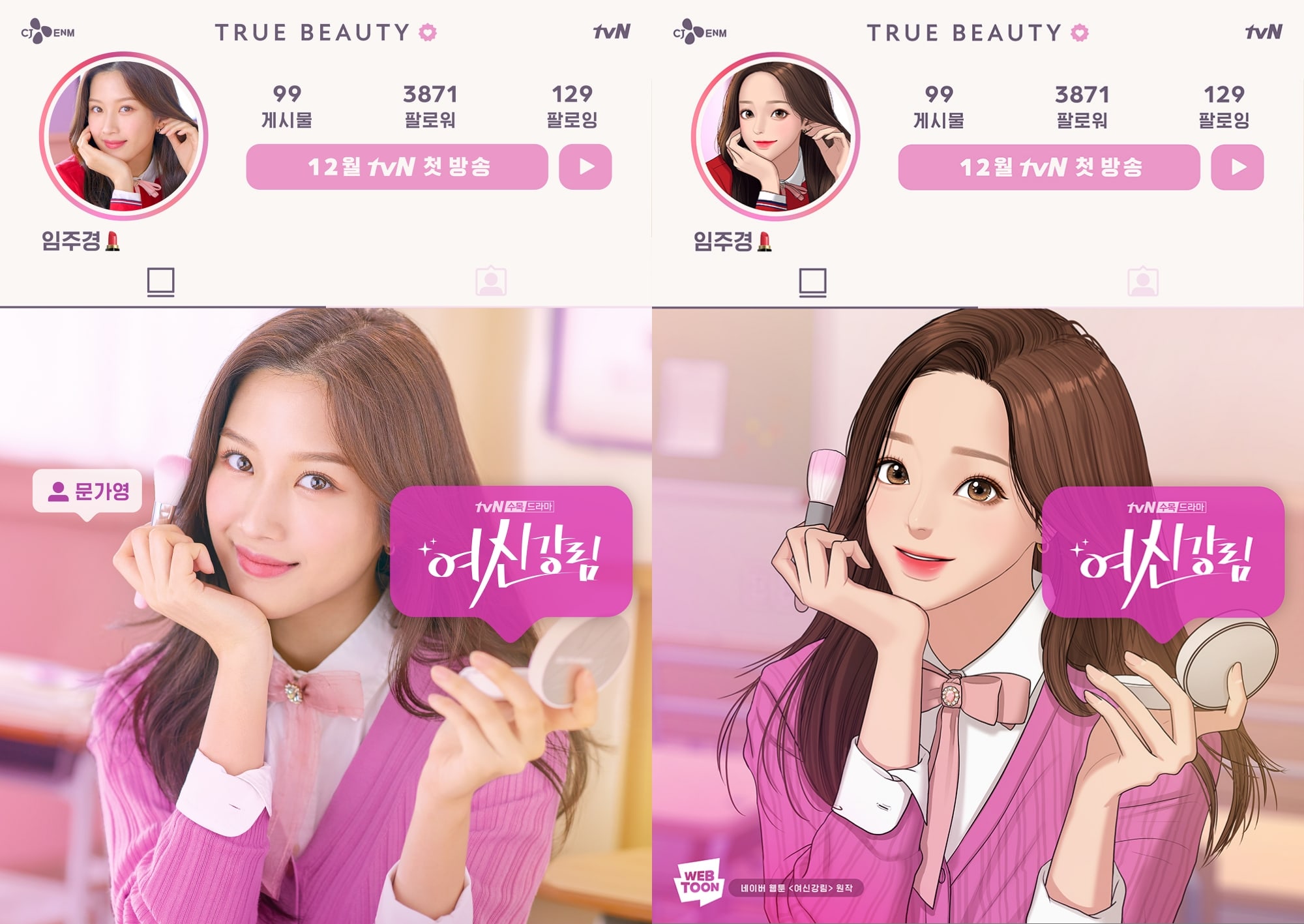 On Cha Eun Woo, PD True Beauty said, “I think both the author of the original webtoon and fans of the webtoon would consider Cha Eun Woo the best person to play Su Ho. Before working on the drama, I had thought that Cha Eun Woo was someone who just had soft and refreshing sides, but when we worked together I noticed that he can be very manly, and when he is his co-star looks at him, it is kind of innocent but sad at the same time. ”

Kim Sang Hyub added: “We complement Su Ho’s character with his image from the Webtoon as a basis.” 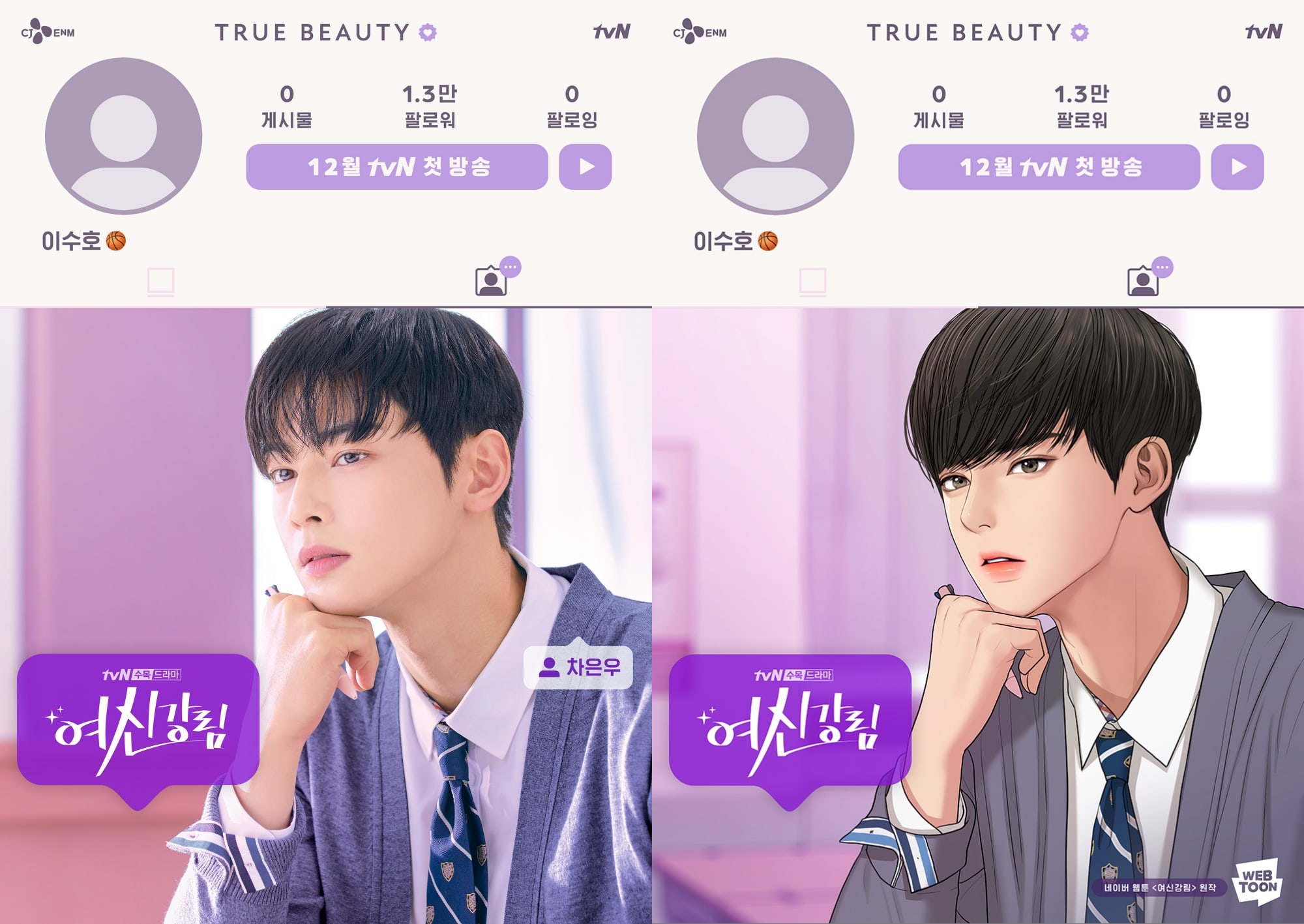 He also praised Hwang In Yeob and mentioned that competition for his role was intense. “First of all, Hwang In Yeob’s voice is so nice,” said Kim Sang Hyub. “He looks rough, but also has a kind of sad look.”

Kim Sang Hyub continued, “Hwang In Yeob is very considerate. He works hard to maximize chemistry among characters. “He added that all three stars have bright energies and are hard workers.” Thanks to them, I have fun working on the drama, “he said. 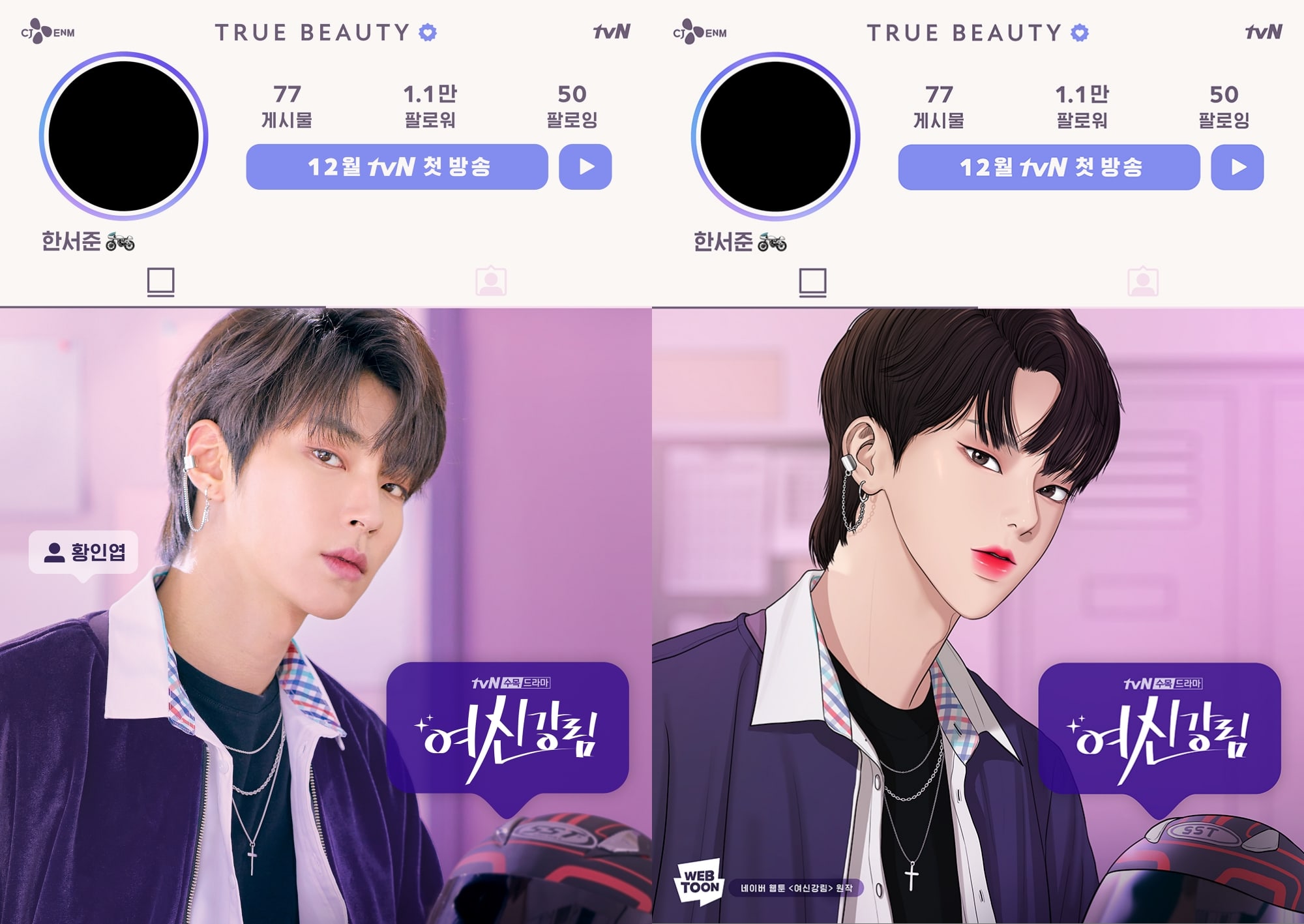 Kim Sang Hyub also mentioned that the supporting characters of “True Beauty” will add to the fun, and he expressed his hope that the rookie actors cast in the drama could be discovered.

In the news of the drama, the PD said, “For Ju Gyeong, makeup is like a mask. It’s a mask that is used for survival and I wanted to discuss the problems of this generation and personal isolation through a story about a student who has no choice but to hide behind that mask and choose to be hers Person to live. ”

As a final thought, Kim Sang Hyub shared, “There are moments in life that are as sweet as chocolate. I am staging this drama with the hope that viewers can take a journey through their memories while watching this drama. ”

True Beauty premieres on December 9th at 10:30 pm KST and will be available on Viki.