A K-drama script can be amazing, but without the right actors to bring the story to life, the drama will never reach its full potential. 2020 has brought us a lot of great K-dramas with incredible actors. In this list, you’ll see some familiar faces and some faces we haven’t seen in a while, but one thing is for sure, these actors gave their all in their respective roles. Here are 10 of the best Korean actors 2020 has to offer. 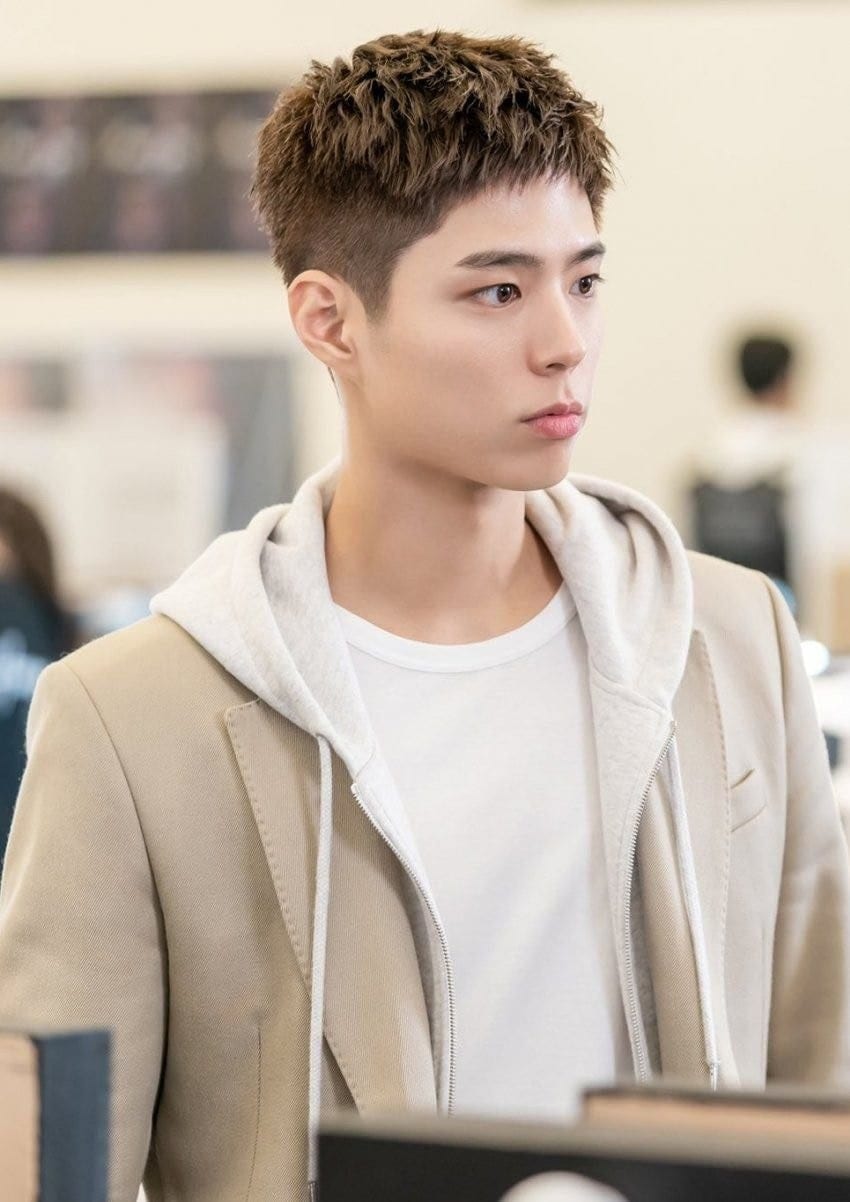 This was a big year for Park Bo Gum as he starred in the TVN coming-of-age drama “Record of Youth” and the science fiction thriller “Seo Bok” Gong Yoo. Park Bo Gum’s portrayal as the struggling model trying to achieve his dreams of becoming an actor showed his maturity as an actor. While Park Bo Gum’s sweet and romantic side was perfect, the scenes in which he appeared as a rough and falling bad boy were the ones that really stood out. It was bone cold! 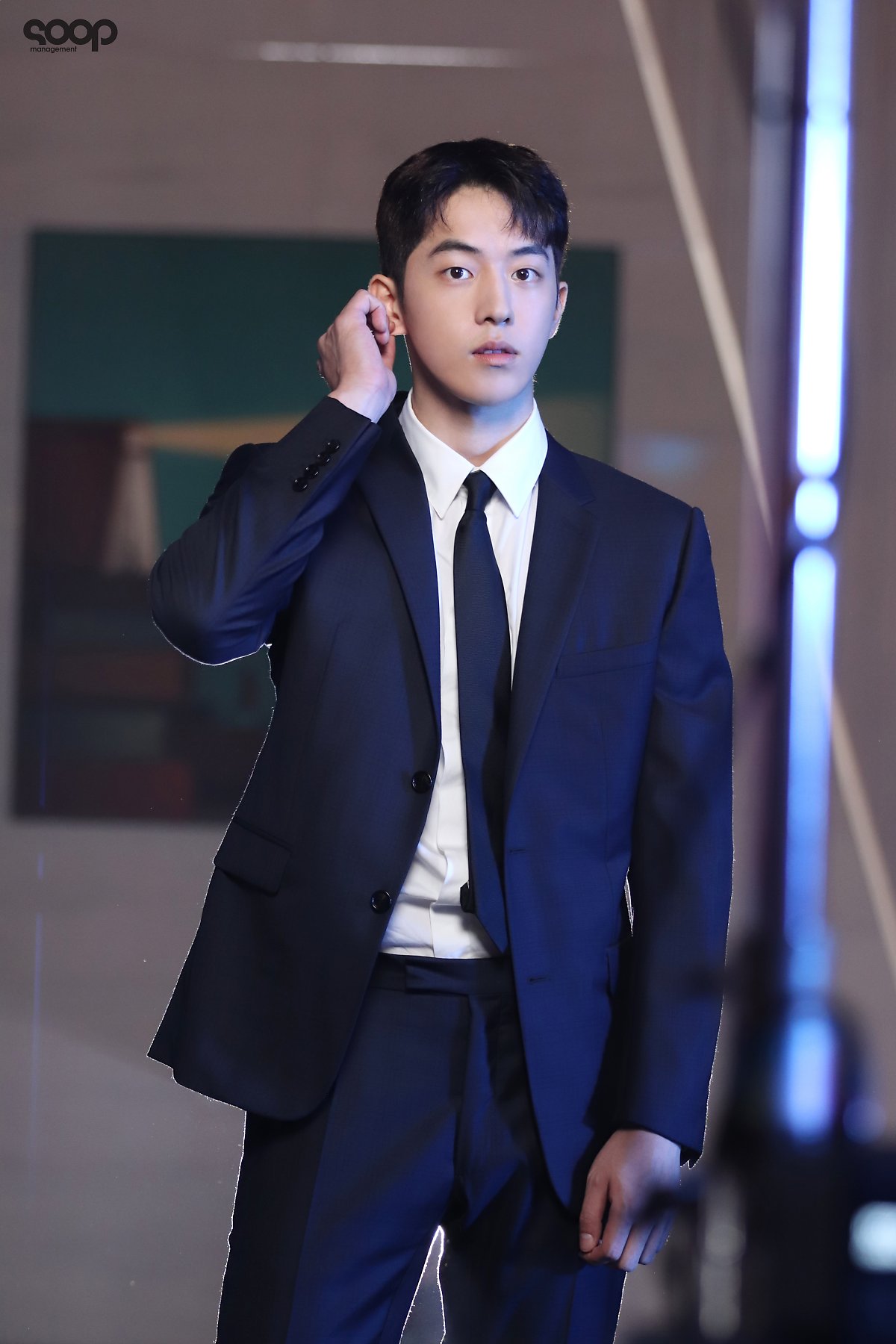 2020 was a very busy and successful year for Nam Joo Hyuk. He starred in the science fiction fantasy drama The School Nurse Files, in which he played a very clueless and aloof Chinese teacher named Hong In Pyo. His character was very different from the one he played before. But the role he really shone this year was the caring and sweet Nam Do San in the hit drama “Start-Up”.

And if that weren’t enough, Nam Joo Hyuk is currently also playing in the film “Josée” as a vulnerable and sensitive young Seok. Although it has been republished, its role is one that many are already talking about. 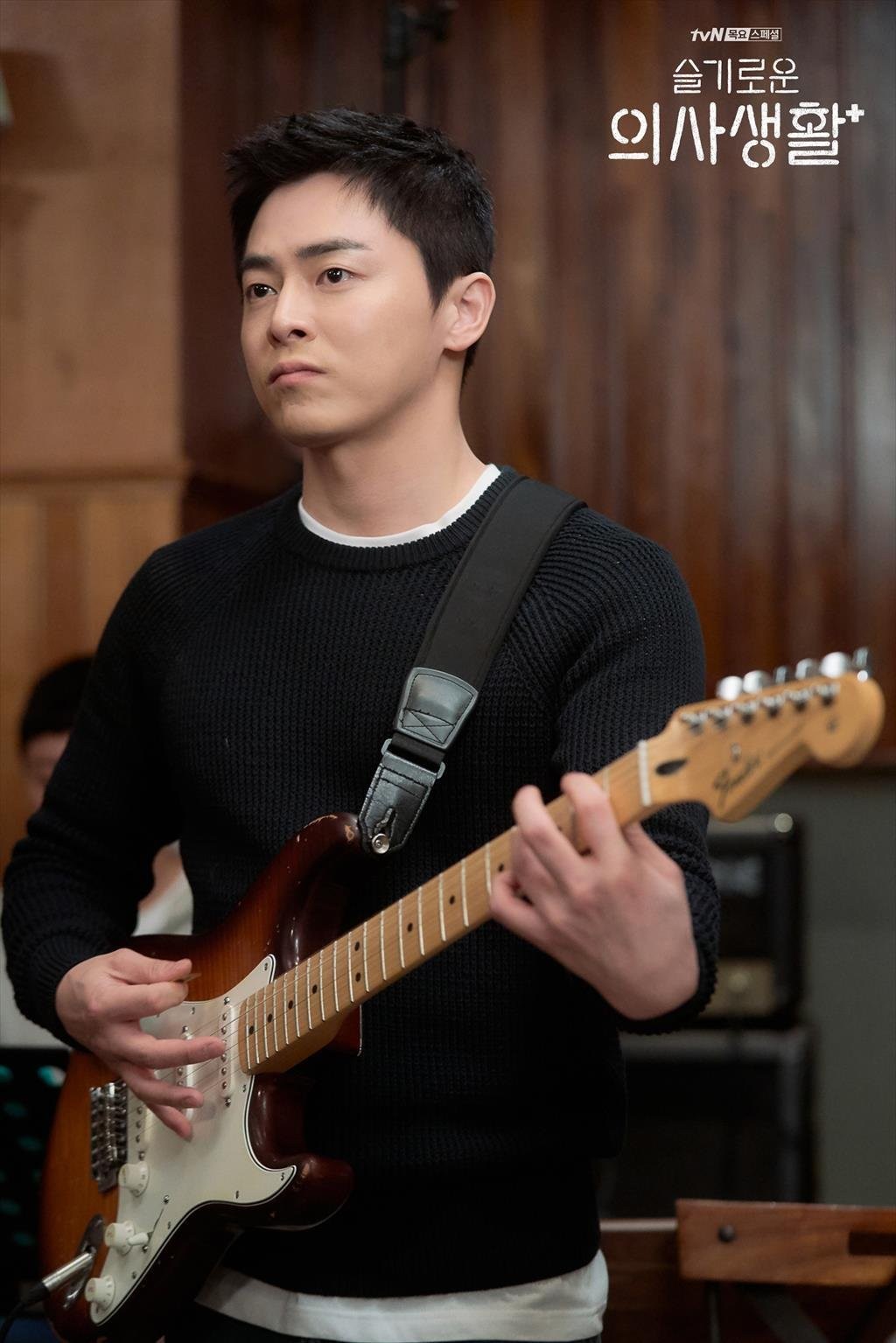 Jo young suk plays comedic roles so well, and much of it owes to the fact that he’s inherently funny. On TVN’s Hospital Playlist, Jo Jung Suk’s portrayal as ace surgeon Lee Ik Joon was both comical and heartwarming. People were thoroughly entertained by Jo Jung Suk as he could provide comedic relief, bromance and romance. His character is said to be a genius, absent-minded and funny, and Jo Jung Suk managed it all. We look forward to seeing him play Lee Ik Joon again in season two! 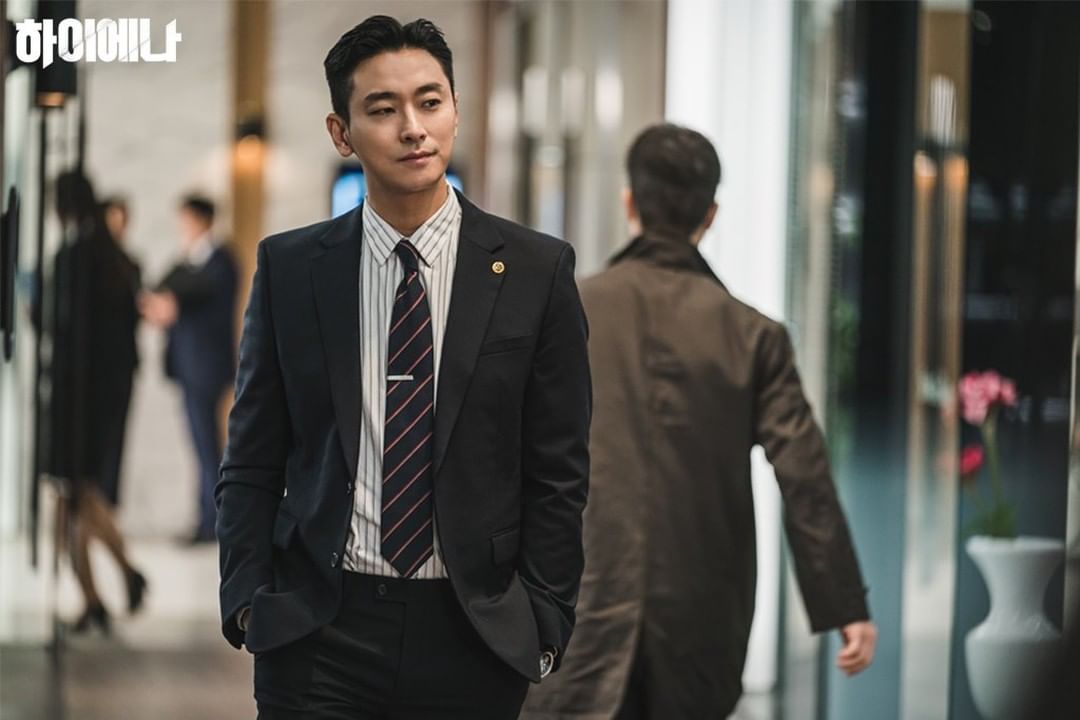 Joo Ji Hoon got busy in 2020. He starred in SBS’s “Hyena” as a hot-shot attorney who exuded confidence and charisma. Amid that trust, Joo Ji Hoon was able to portray moments of vulnerability that were so good. In addition to this project, Joo Ji Hoon also starred in the sequel to the successful zombie drama “Kingdom”. Joo Ji Hoon as Lee Chang is perfect and it was a pleasure to see him repeat his role. 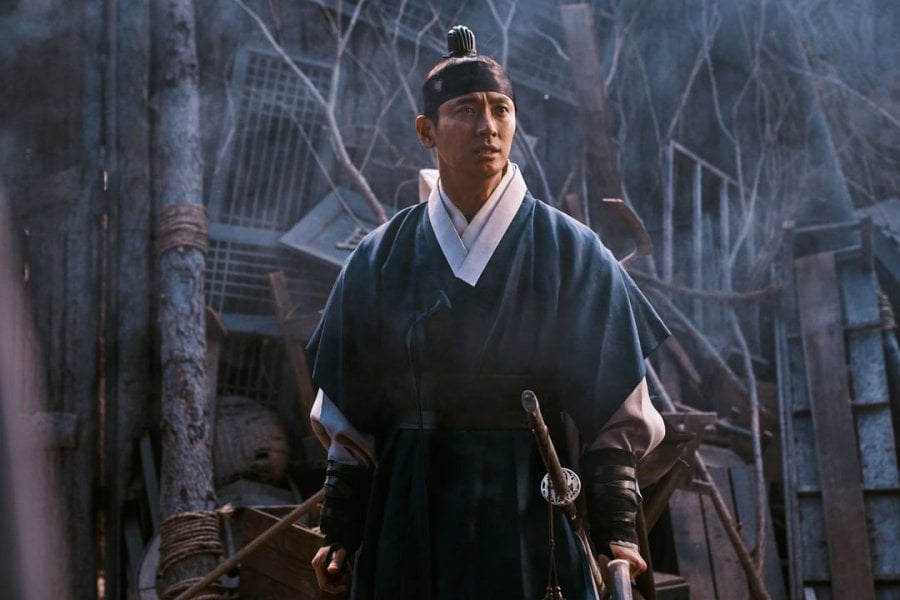 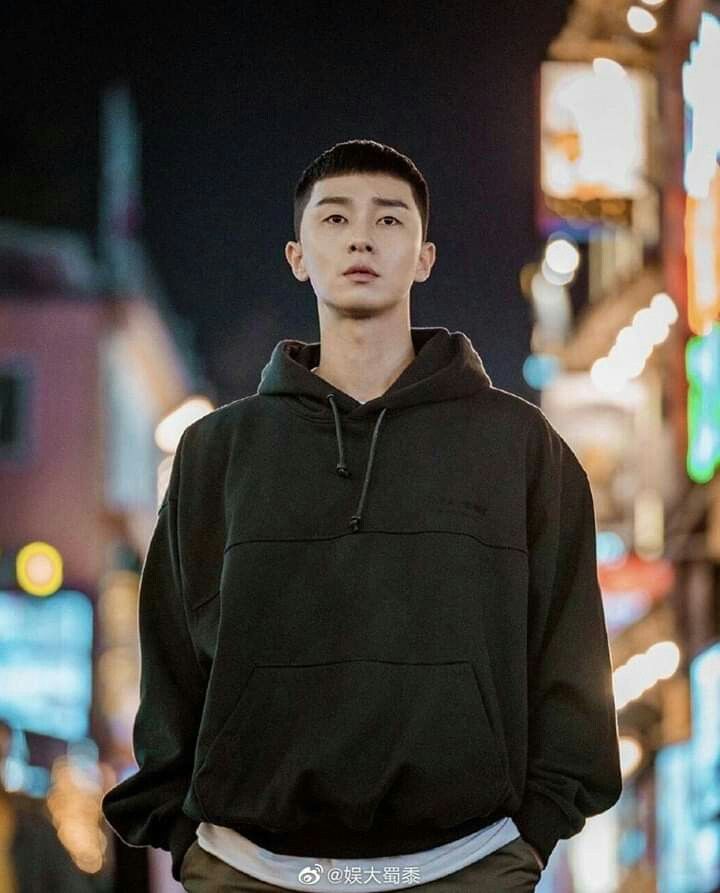 Park Seo Joon starred in JTBC’s “Itaewon Class” as Park Sae Ro Yi, a restaurant owner who seeks revenge on the man responsible for killing his father. Park Seo Joon is known to really become the characters he takes on. This one was different from the typical rom-com dramas he’s done in the past, and he was able to show his versatility as an actor. The only scene that fans admired before his acting talent was the weeping scene after his father’s death. His good friend Choi woo shik even praised him for it! 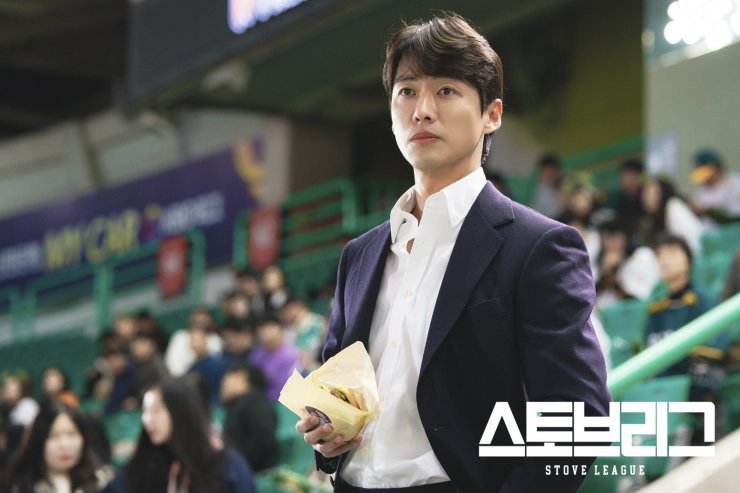 Namgoong Min starred in the baseball drama “Herd LeagueAs Baek Seung Soo, the manager of a baseball team that can’t seem to win. The series premiered in late 2019 and turned out to be a favorite among K-Drama viewers. Not only did people love the story, they also loved the unpredictable and quirky ways that Namgoong Min’s character led his team. Namgoong Min’s presence on the small screen is always so strong, and he definitely lives up to that role. Seung Soo seems like an apathetic manager, but he has a big heart. And that subtlety can be difficult to show on screen, but Namgoong Min did it flawlessly. 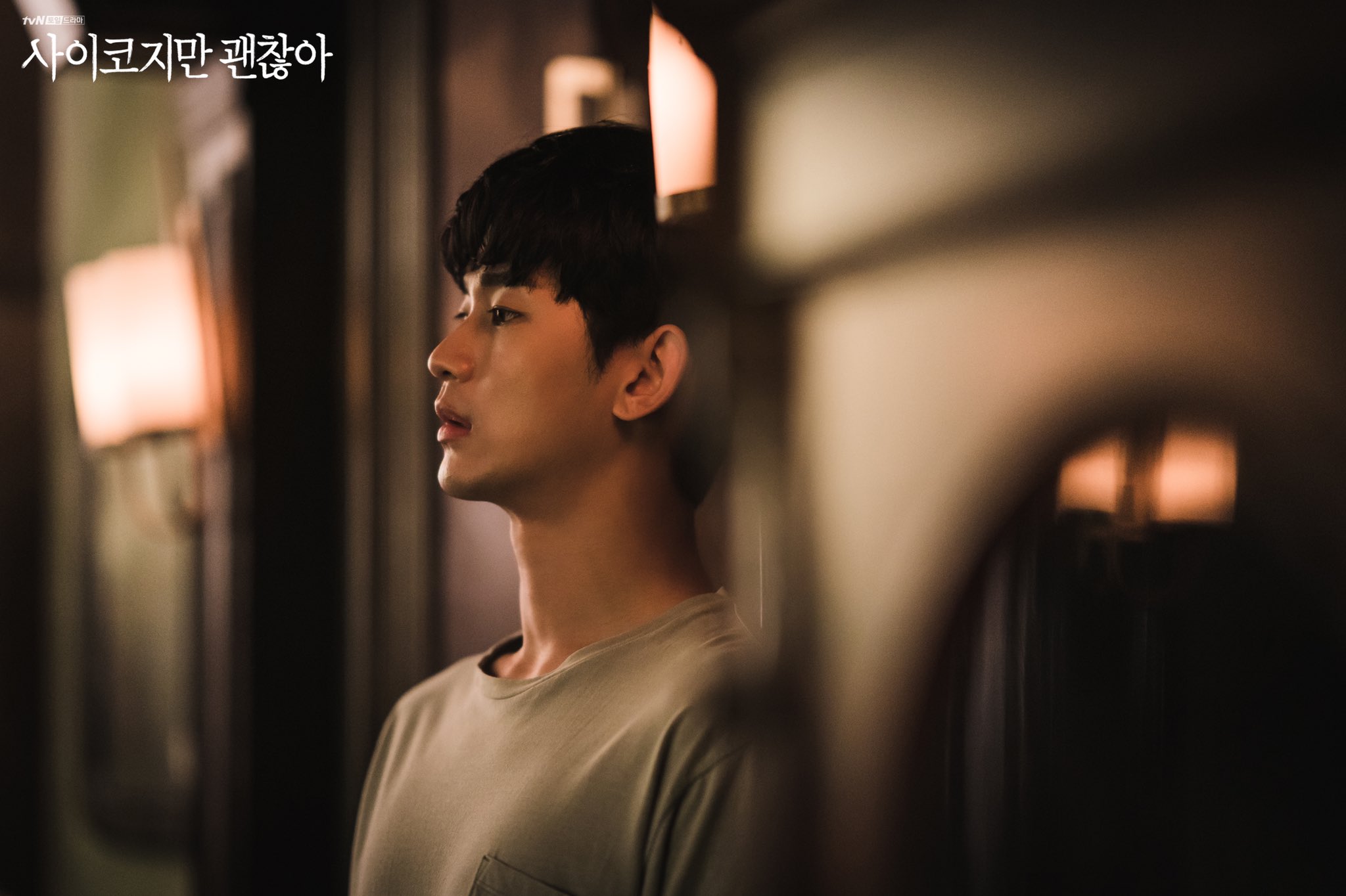 2020 was a big year for Kim Soo Hyun when he returned to the small screen with the role of Moon Kang Tae on tvN’s “It’s Okay To Be Wrong”. This series was not only Kim Soo Hyun’s first project since his discharge from the military, but also his first drama since starring in “The producersIn 2015, his much-anticipated return did not disappoint, as his role was all we could have asked for. He was charming and funny, and his ability to win the hearts of viewers through his relationship with his autistic older brother was unforgettable. 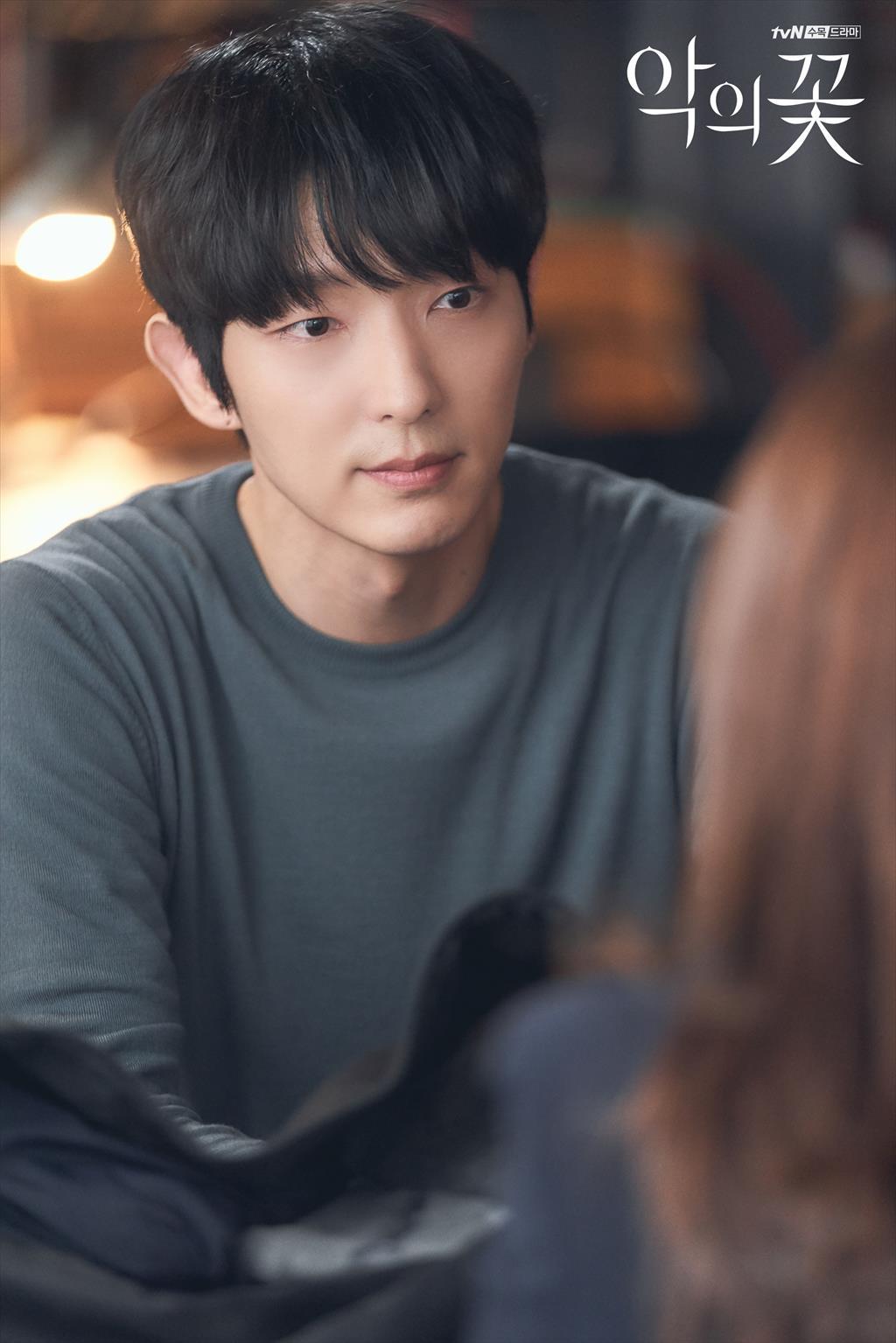 Lee Joon Gi played alongside Moon Chae won in crime “Flower of evil. “He played as Baek Hee Sung, a perfect husband and enthusiastic father of a little girl. He was perfect to the visible eye, but there is another life he leads – one full of murder, betrayal and lies. In a moment, Lee can Joon Gi going from innocent and cute to a devilish grin. The juxtaposition of personality and character is exciting to see; it will send chills down your spine. Needless to say, Lee Joon Gi killed that role and it’s just proof of that how great he is as an actor. 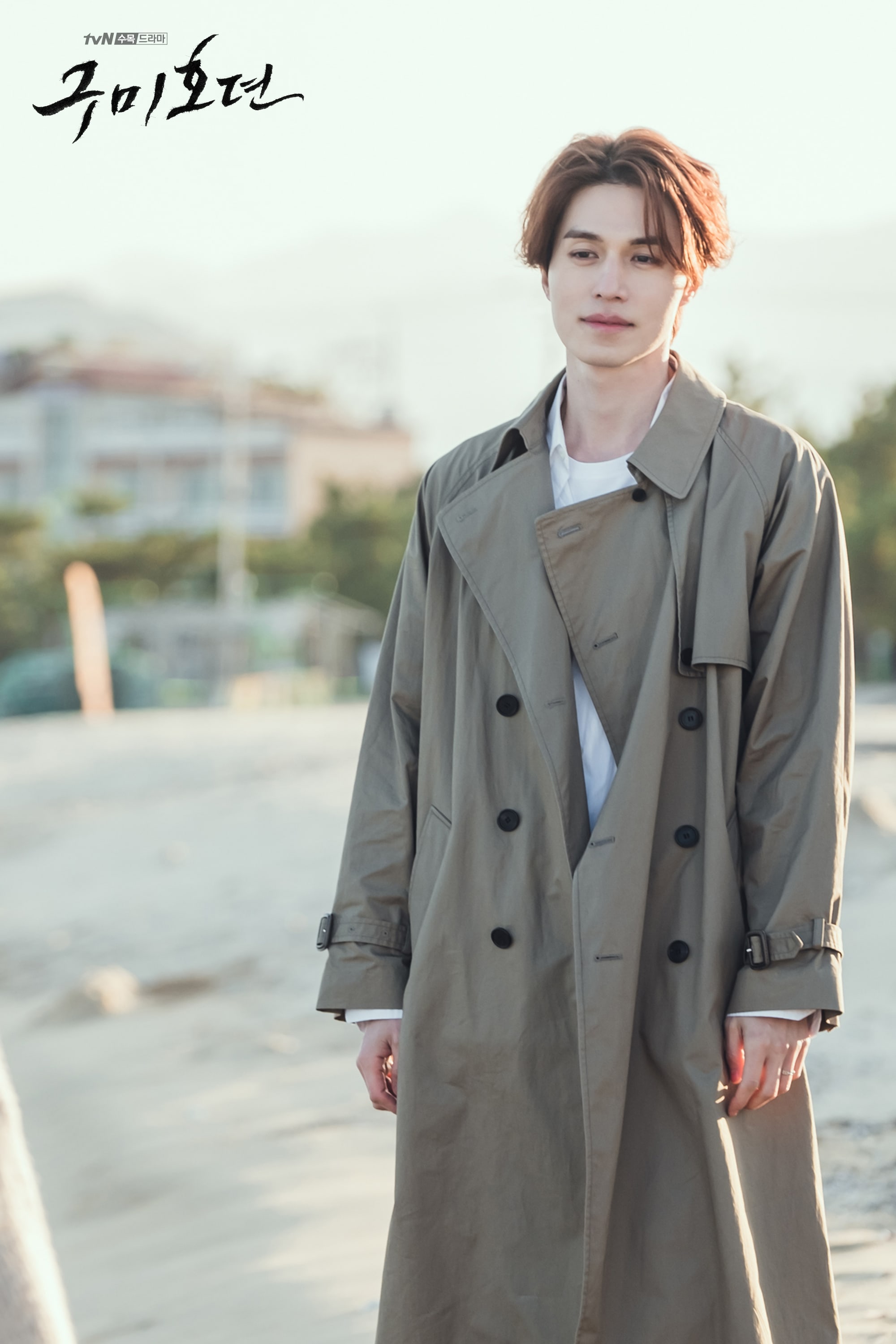 Lee Dong Wook starred in the latest fantasy romance “History of the nine tails.He played Lee Yeon, a man who sacrifices everything to bring back the love of his life and now has to live as a nine-tailed fox. Lee Dong Wook has the ability to play these dark and mysterious characters very well. In this special role, Lee Dong Wook brought out a little of his evil side and was able to convince the audience with his devilish charm. 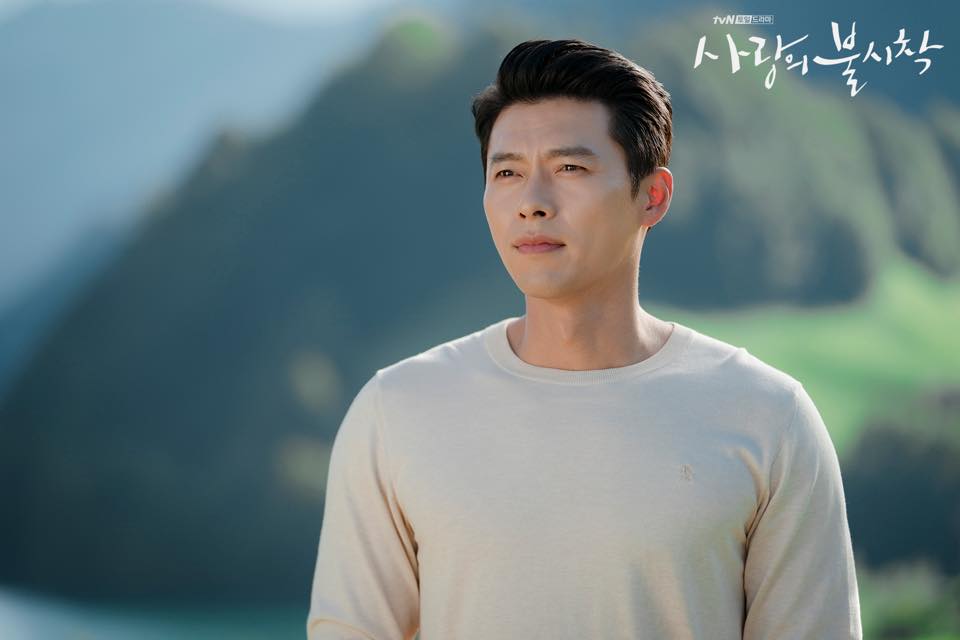 We cannot forget the North Korean soldier who risked his life to be with the woman he loves. Hyun Bin as captain Ri Jung Hyuk helped make last winter bearable. His sweet gestures and innumerable rescues from Son ye jin made him a heartbreaker. The conviction in which he said his romantic lines while somehow managing not to make it cheesy is an accomplishment in itself. Hyun Bin’s reputation grew internationally through this role and fans are already looking forward to his next drama. 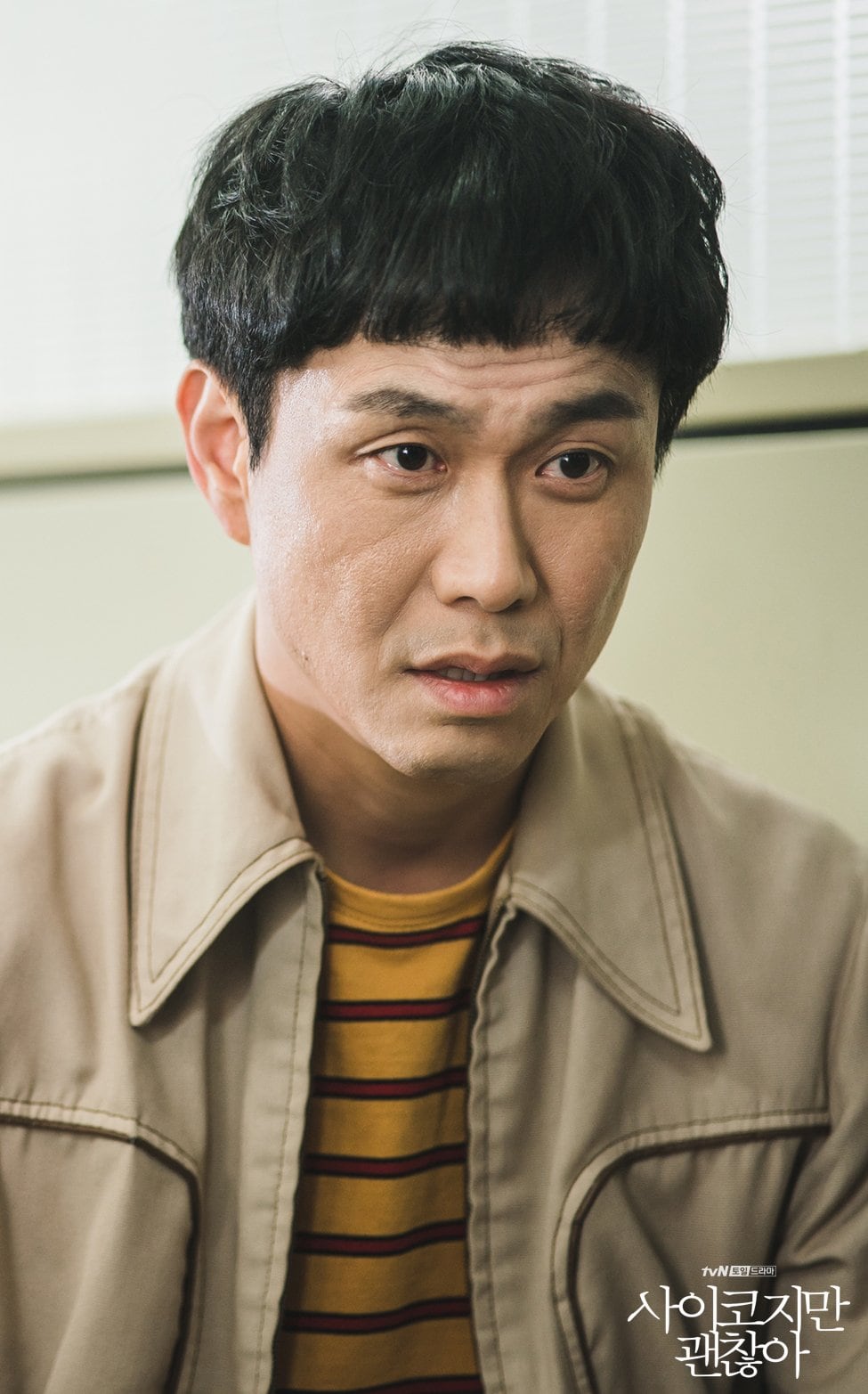 This list would not be complete without paying tribute to Oh Jung Se. He played Kim Soo Hyun’s older brother in It’s Okay To Be Not Okay, and his role was eminently impressionable. The purity and innocence in which he was able to portray a person with autism was so from the heart and will never be forgotten.

Jin turns into a handsome and strict teacher of BTS