Jung Woo Sung and director Kwak Jung Hwan talked about the actor having a leading role in “Delayed justice“.

The SBS drama is about two men who portray victims who are falsely accused. Kwon Sang Woo plays Park Tae Yong, a public defender with just a high school diploma, and Bae sang woo played the natural but talented journalist Park Sam Soo, who has a knack for writing. It was announced in December that Bae Sung was Woo leaving The cast after booking for a DUI (Driving Under the Influence) and Jung Woo Sung takes on as character Park Sam Soo.

The first photos of Jung Woo Sung in the role were divided Earlier this week, the actor showed himself completely transformed into his character. It is described that Jung Woo Sung is naturally immersed in the role and, despite his short preparation time, spoils both the appearance and emotions of the journalist. It is said that Woo Sung will give the character of Park Sam Soo, who is warm and easily moved to tears, his own touch, contrary to his harsh words and actions.

After an enthusiastic response to the first stills of Woo Sung, two more photos were revealed and the actor and director shared their thoughts. 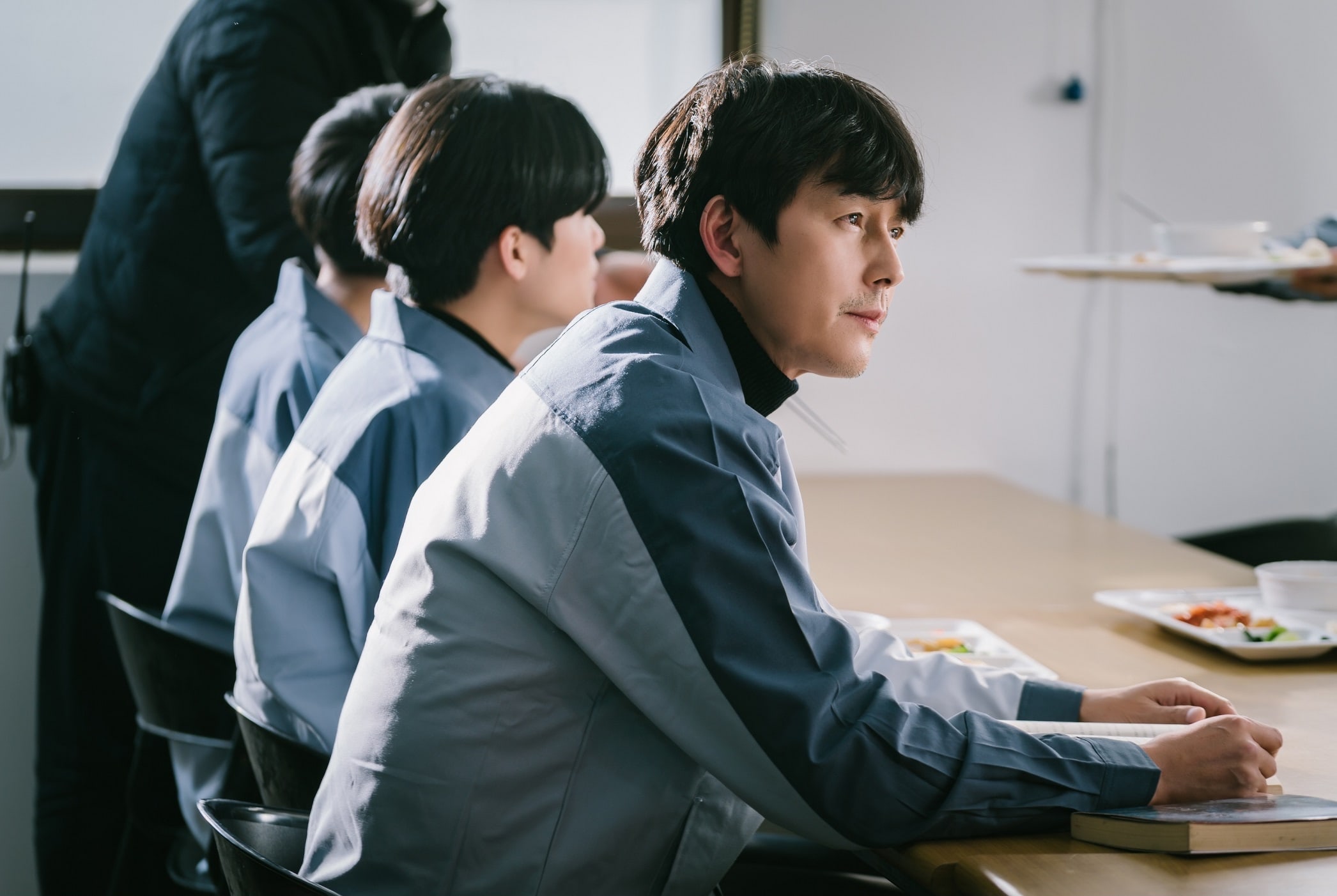 “I try to make you feel as little uncomfortable as possible while watching ‘Delayed Justice’,” said Jung Woo Sung. “I’ll be filming while I do my best to make the drama end well.”

Director Kwak Jung Hwan said, “Actor Jung Woo Sung is really a skilled actor.” He continued, “He completed his preparations for the character Park Sam Soo perfectly in a short amount of time. Like the veteran actor he is, his teamwork with his co-stars has been great since the first filming and he naturally fits in with it. ”

The director went on to describe how amazing Jung Woo Sung had been as expected. He continued, “I was surprised at how much thought and preparation he put into everything from visual aspects to his way of speaking to small expressions. The main frame of the Park Sam Soo character is the same, but I think you’ll see another charming quality too, added by Jung Woo Sung’s own style. “He also recommended that viewers pay attention to Jung Woo Sung’s chemistry with actor Kwan Sang Woo.

Finally, director Kwak Jung Hwan said: “I am grateful to actor Jung Woo Sung for coming to us in a difficult situation without hesitation. We will do our best to end the roller coaster in the pursuit of justice in impressive ways. My sincere thanks also go to our viewers who have waited. ”

Jung Woo Sung will appear in the series from episode 17.

Check out Delayed Justice below!