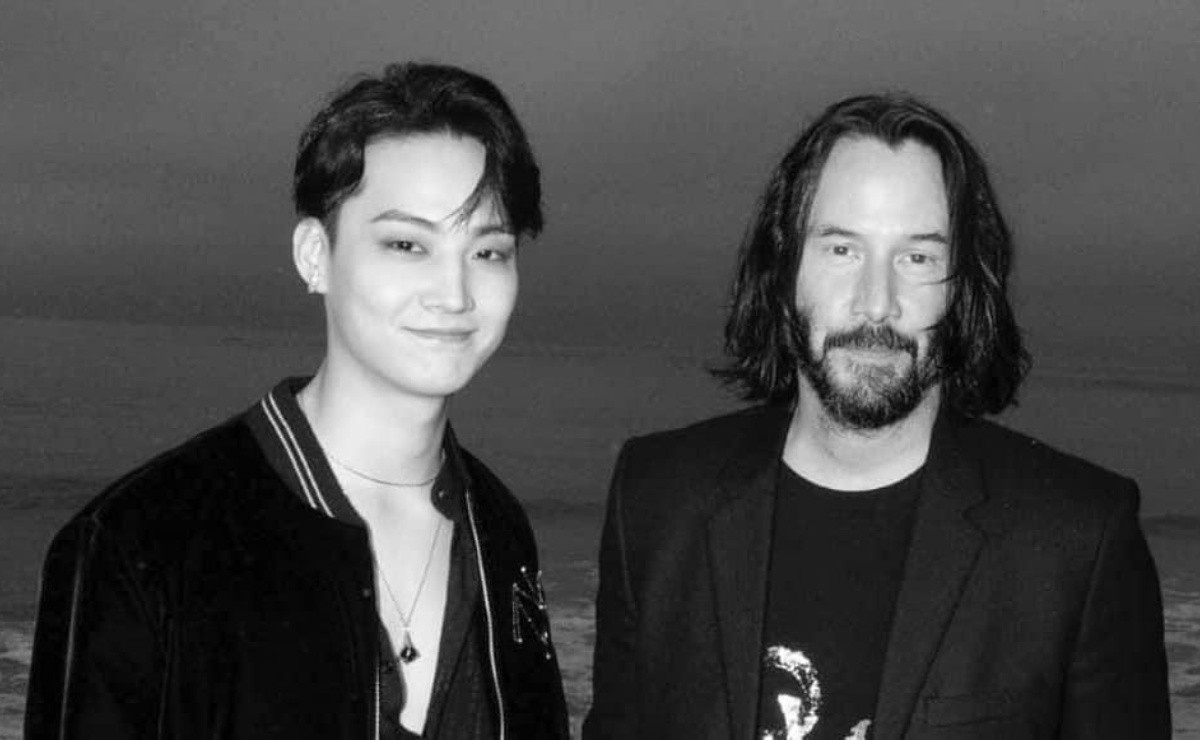 AHGASE’s creativity showed its strength by revealing Keanu Reeves as the uncle of Jaebeom, the leader of Got7. The fan strategy produced incredible results.

The GOT7 idols have just released the first single for their album Breath Of Love: Last Piece, but amidst the excitement for this new release, fans of the JYP Entertainment group gave way to a strategy that made JB known as the nephew of renowned actor Keanu Reeves.

The two stars first met last year during the YSL SS20 Menswear Show in Los Angeles, California. The event brought together several of the brand’s ambassadors, so Jaebeom and Keanu Reeves posed for some pictures together while flashing broad smiles.

GOT7 fans kept an eye out for new updates from the group before the comeback, but a big surprise came when a fan account dedicated to Keanu Reeves shared some of the posts in anticipation of Breath‘s release.

Keanu fans who saw these posts began to wonder if the account had been hacked, to which the person behind the site denied that possibility and admitted that she was simply excited about the GOT7 comeback.

The responses to the publication revealed the photos of the meeting of JB and Keanu Reves in the fashion show, but in addition to pointing out a good relationship, some fans of the group took the opportunity to say that the actor was the uncle of the GOT7 leader. These statements caught the attention of many people, who in search of links that would answer their curiosity ended up visualizing the videos of the JYP Entertainment group.

The strategy continued to be exploited thanks to Twitter threads that highlighted the similarities of both stars in some photo sessions, making everyone believe that they really were family. However, an unexpected moment came when JB came across one of these publications within Instagram and in addition to giving him like left a brief comment showing his surprise.

Got7 just released the music video for breath, the first song that will be part of the group’s next K-pop album.

5 reasons why Jisoo and Rosé have the perfect friendship

TWICE: 4 outfits inspired by I can’t stop me, your new MV

Stray Kids’ Han is bullied during a video call

4 outfits inspired by Kai and his MMMH debut MV

Jungkook appears in several concept images of the “BE” + BTS...