iKON, everything you need to know about the group and its members 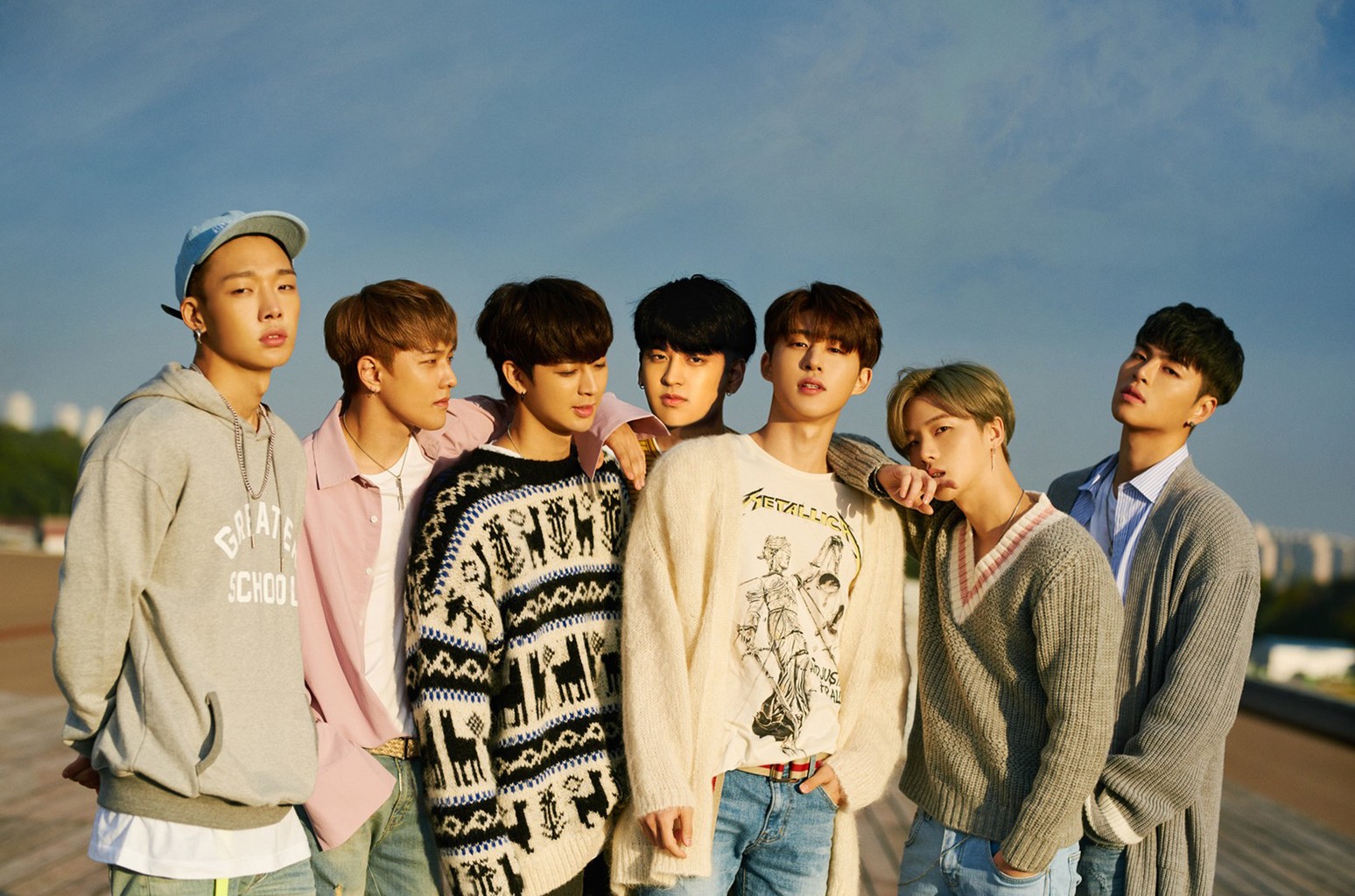 Get to know iKON, one of the most popular K-Pop groups that have managed to captivate their fans with songs like “Love Scenario”.

The group name is iKON, This comes from the English term “icon” and they have been around since their debut, since the very first steps of the K-pop group They have been widely accepted by the Korean public, which has earned them records on South Korean music platforms and their presentation at the conclusion of the 2018 Asian Games.

Light stick: It has a very peculiar shape, it is shaped like a bat and it bears the name of the group

Fandom: iKONIC Since the iKON logo is intertwined with 7 lines, the number of members and their fans are part of them.

The dream of iKON started through survival show “Who’s next” 2013, YG in collaboration with Mnet when the agency’s new male group was sought after the debut of Big Bang. In 10 episodes the Group members Jay, Song, Booby, DK, June, Chan and BI, They had to compete in Team B to make their debut. The guys shared the reality show Winner, the winners of the program.

However, they had another opportunity to fulfill their dreams, as another survival show called “Mix & Match”, In this second season, the trainees Chanwoo, Jinhyeong and Yang Hongseok committed themselves to win one of the seven places within iKON, the second new group of the K-Pop agency.

The seven chosen Jay, Song, Booby, DK, June, Chan and BIThey fulfilled their dream within the K-pop the first September 15, 2015, two years after the reality show. As a pre-release they released the song “Warming up my type”to achieve an all kill on Korean platforms and mark a promising career.

it is official debut it was with the mini-album “Welcome back” the first of October with singles like “Rhythm Ta”, “Today”, “MUP”, “Airplane” and “My Band”. Since then, iKON has continued a number of releases with songs such as “ANTHEM” and “Sorry” on November 16 of the same year. The first shows the talent in rap of iKON responsible for Booby and BI The second showed the romantic facet of the K-pop group when the lyrics spoke of not knowing how to take care of that special person and suffering a breakup. Both got another ALL kill for the idols.

He was born on Jeju Island, his real name is Kim Jin Hwan
Nicknames: Jinny, Jinan, Bbooyo
Birthday: February 7, 1996, age 26 (27 Korean age)
Curiosities:
It is ruled by the sign of Aquarius
He can play the trumpet and is an expert in swimming
Has a serious personality

He was born in South Korea and his real name is Song Yun Hyeong
Nicknames: Son Prince, Yoyo
Birthday: February 8, 1995, 25 years old (26 Korean age)
Curiosities:
It is ruled by the sign of Aquarius
Ideal girl, a girl who loves what she does
At first he wanted to be an actor in YG, but he became an idol

He was born in South Korea, Seoul, and his real name is Kim Dong Hyuk
Nickname: DongDong
Birthday: January 3, 1997, 23 years old (24 Korean age)
Curiosities:
It is ruled by the sign of Capricorn
Has basketball skills
During his student days he was President of the Council

He was born in South Korea and his real name is Kim Ji Won
Nicknames: Babi, Bunny, Tokki
Birthday: December 21, 1995, 25 years old (26 Korean age)
Curiosities:
He is one of the group’s soloists
It is ruled by the sign of Sagittarius
His ideal type of girl is someone who has many virtues and knows what they want in life

He was born in South Korea and his real name is Koo Jun Hoie
Nicknames: June, Sniper King
Birthday: March 31, 1997, 23 years old (24 Korean age)
Curiosities:
It is ruled under the sign of Aries
His ideal girl type is someone with an attractive charisma who understands him.
Has a height phobia

He was born in Yongin, South Korea, and his real name is Jung Chan Woo
Nicknames: Chanjumon, Satanwoo
Birthday: January 26th, 1998, 22 years old (23 years old Koreans)
Curiosities:
It is ruled under the fate of Aquarius
He is also an expert in swimming
He is an anime fan
He was to make his debut in the Fantagio agency’s K-pop group 5urprise

He was born in Seoul, his real name is Kim Hanbin
Nicknames: Mambin, Binnie, Bin
Birthday: October 22, 1996, age 24 (25 years Korean)
Curiosities:
It is ruled by the sign of Libra
His ideal type is a girl who is his best friend.
He was the group’s choreographer

Hanbin had to leave iKON after a controversy that took place against him. The idol was chosen because it allegedly tried harmful substances; However, it was found to be false malicious rumors, but the controversy caused his departure from the group. Since then, iKONIC has continued to support the idol in his solo career.

The official launches that you made iKON are:

“Slap on your back”

The boys from iKON have had their own reality shows

They have also appeared on various Korean shows and radio broadcasts.

iKon has been recognized at various Korean galas and won Bosangs in awards such as the Golden Disk Awards, the Gaon Cgarts Awards, the VLive Awards and music shows.

One of the big brands that made it iKON It was thanks “Love scenario”, Song written by BI and Bobby and who achieved several ALL kills in the Korean charts, whose MV Records more than 440 million views, was released on January 25, 2018 and tells the story of a couple who ended their relationship. However, unlike other ballads, this is a way to thank the time together and the promise to find treasure their memories before parting.

The boys from iKON have a great musical repertoire, discover theirs The best songs that will make you cry.

Read more: TEST: Which member of TWICE would you be?