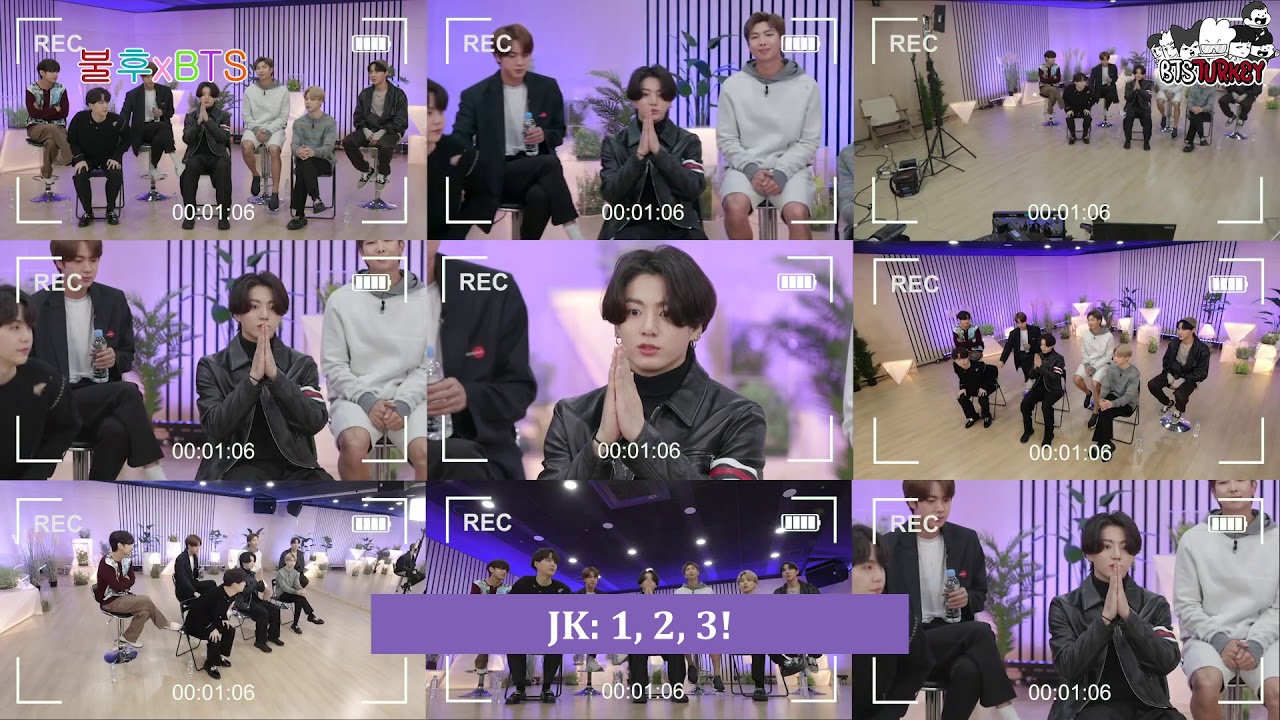 On November 14 the episode from KBS “Immortal songs” Got the hits from Pdogg The Bts producer.

To support their producer, BTS filmed a special video interview to share behind the scenes stories about their hits and working with Pdogg.

Guest singers on the show included Sunwoo Jung-A, Son Seung Yeon, Song So Hee, the Yook Joong Wan Band, Goon Jo and ALiEN, and BAE173. BTS said they cheered when they heard that Sunwoo Jung-A would be on the show.

“I’m a huge fan,” said RM. “I really enjoyed hearing her song ‘Run with Me’.” V added, “I’m most excited about her performance. She is a singer that all members like very much. ”

V said of Son Seung Yeon, “A friend of mine from my hometown is a huge fan. They said that she is a singer that they want to see at least once before they die. “In response, Son Seung Yeon said that she would invite her to her concert in the future.

Of Pdogg, RM said: “He is the root and foundation of the music of BTS.” Jimin said, “He is our teacher, but also our colleague. We are like family. “V said,” BTS was made by producer Pdogg. “Jin said,” He’s a very soft-hearted person. That’s very cute. ”

He also talked about the pressures of his success. It has been number 1 nationwide in copyright fees for two years in a row. I received a producer’s award for “DNA”. He said, “I was happy and grateful, but I thought a lot about what to do next.”

Goon Jo and ALiEN performed first, covering BTS’s “Fire”. RM said, “This is a song that is very common in variety shows. When people cook or get angry, it always comes up. “Suga said,” I based the song on the keyword ‘lighted’. I heard that in Daegu, when you feel encouraged, they say that you are “cheered”. At first I wasn’t sure that was something people were really saying. The point of the song is to vibrate with confidence. ”

Song So Hee, a Gukak The singer (Korean traditional music) next performed with “Spring Day”. RM and Suga said the song was based on their personal experiences. Suga said, “Doesn’t everyone have an experience breaking up with their friends?”

RM said, “When I was young, I used to meet my friends and go to internet cafes. We talked about who we hung out with, what we did. These friends were precious to me at the time, but after I went to Seoul and became an intern, those memories started to fade. I wrote the song while thinking about my friends. ”

He added, “I wrote the song in Hangang Park in Yeouido. I sent it to Pdogg and Bang Si Hyuk afterwards, and Pdogg said, “It seems good, but I can’t tell because of your singing.” It was a bit of a shock, but the results were good nonetheless. ”

V said, “I was the first to write lyrics for the song and Pdogg said it was really good. I got hopeful and asked him how it would go a few days later and he said he agreed with RM’s texts. ”

Third was the Yook Joong Wan Band with “Blood Sweat & Tears”. RM said, “It was the first time we had such a global response. We thought: ‘Something has to go right here’ and ‘Something amazing is happening here.’ Jimin added, ‘We said,’ It can’t be ‘and then,’ Could it be? ‘”

Next up was Son Seung Yeon in collaboration with AleXa with their cover of “DNA”. BTS said, “We often thought this was the ‘start’. It’s the song that affirmed, “We get a lot of love from overseas.” We were nervous, but the fans made us confident. When our song came out, the cheers were loudest. We were proud and realized that we received a lot of love. When we did stadium concerts, we noticed that again. ”

RM said, “The song has the feel of a one-sided crush from someone in their early twenties. It’s that romantic dream of feeling like you should fall in love from the moment you were born, that it was written in your genes. ”

Sunwoo Jung-A played her version of BTS’s “Fake Love”. Commenting on the song’s debut at the BBMAs in 2018, Jimin said, “I was so nervous I almost vomited.” It was broadcast live and it was difficult to sing live because of the high pitch. BTS announced: “We got a lot of energy from the fans. We gained trust through the votes of ARMY. ”

BAE173 next came up with the song “I NEED U”. BTS said, “This song is like Pdogg’s baby.” Jin added, “This was the first song we recorded # 1 on. This song pulled us to the top so it’s a meaningful song that we all have a lot of affection for. “J-Hope said,“ As soon as I heard the intro, I said, “What is this?” Jungkook said, “I knew this song would work well.”

In the end, Son Seung Yeon took the final win on the show.

For her closing remarks, Suga said they wanted to perform at the Grammy Awards. RM said, “Let’s just say with confidence that we want a Grammy.” He added, “As many people might expect, this is one of our goals across the board. Ironically, an offline concert has become our new dream. We hope that the day will come soon when we can share a stage with an audience again. That is our goal now. ”

Check out “Immortal Songs” below:

Read more: “The Goddess of Revenge”: Jung Eui Jae is a former idol with indecipherable intentions towards Kim Sa Rang