In the FM radio show “Jung Eun Ji’s Music Plaza”, the brother-sister duo sat down to talk about “HAPPENING”, their first single in a year and two months.

Lee Chanhyuk explained, “If our previous song ‘How can I love the heartbreak, you are the one I love’ was a sad song, this is about how that person will move on and act after the breakup a new love. ”

Lee Suhyun commented, “It’s a really great song. I thought it was a perfect solo song but everyone said we have to sing it together. “Laughing, Lee Chanhyuk agreed and said,” I wanted to sing it solo, but everyone said we should release it as AKMU. That’s why I have more parts in this song. I had to forcibly add parts to my sister. ”

AKMU also spoke about her solo activities. Lee Suhyun releases “extraterrestrialIn September of this year. Explaining her reason for choosing Alien, she said, “I’ve been given a lot of ballad songs, but I wanted to be a little more energetic in my youth.”

When asked which musician she would like to work with, she said that she would love to sing with her brother but added that she missed being part of Hi Suhyun. She commented, “It was so much fun and I’m close friends with Lee Hi.” 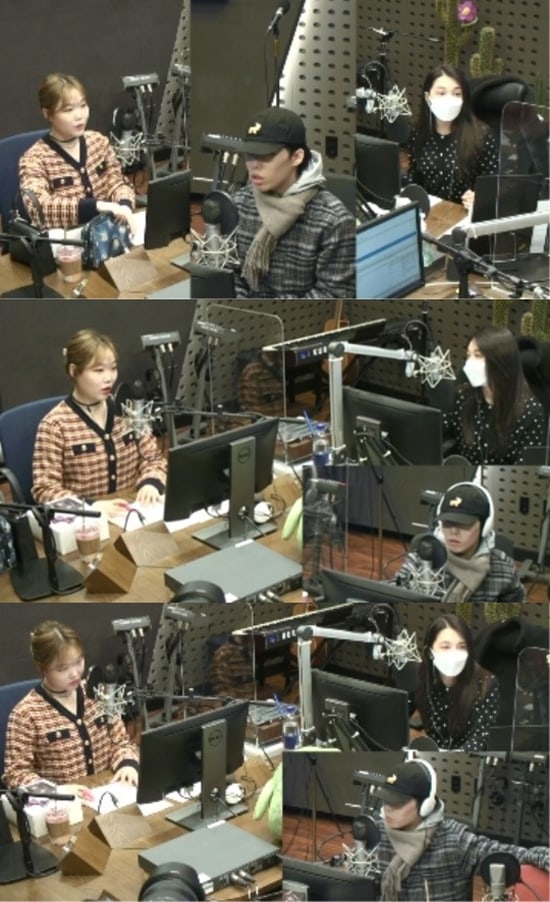 Apink’s Jung Eun Ji, the host of the radio show, asked Lee Suhyun what would happen if her brother and best friend were in the know. Lee Suhyun was vehemently against the idea and commented: “It would be the worst! I don’t even want to imagine! “Using Lee Hi as an example, she said,” I really hate the idea and I bet she’d freak out too. My brother looks upset too. It’s just inconceivable. “

In the radio program “Jung Eun Ji’s Music Plaza” Lee Chanhyuk responded to her reaction by saying, “I didn’t even say anything. She has all these imaginary ideas.”

However, when asked how he would react if his sister went out with his military friend, Lee Chanhyuk replied, “When someone I knew starts a relationship with her first, I can’t help but be a little worried to be . It depends on who that person is. “

When Lee Suhyun raised the possibility that she wanted to insist on meeting a bad boy, Lee Chanhyuk replied, “I would just let you experience it so you can see for yourself what he is.”

The duo also spoke about rumors of their “bad relationship”. Lee Chanhyuk said, “There are always rumors of discord,” and Lee Suhyun also wiped the matter off and said, “It is common.”

When asked about their last fight, the two replied, “We don’t always fight, but we can fight anytime.” Everyone burst out laughing.

What do you think about the AKMU interview on Jung Eun Ji’s Music Plaza?