The “cross-time fantasy thriller” is about the interconnected fates of Kim Seo Jin (Shin sang rok), a man in despair after his daughter was abducted, and Han Ae Ri (Lee Se Young), a woman looking for her missing mother. From the point of view of Kim Seo Jin, Han Ae Ri lives exactly one month in the past – but after the two communicate miraculously from different times, they embark on an exciting search to save their missing loved ones.

Kim Seo Jin had previously followed “Kairos” Lee Tae Kyu (Jo Dong In) and came across the murder scene by Kwak Song Ja (Hwang young min). Kim Seo Jin also started suspecting Seo Do Kyun after discovering that he was the one who recommended Lee Tae Kyu to join the company.

In the new stills, Kim Seo calls Jin Seo Do Kyun into his office. The air is full of tension and they stare at each other with stiff shoulders. Kim Seo Jin’s expression is cold and doubtful, while Seo Do Kyun’s face is clouded with dark ferocity. 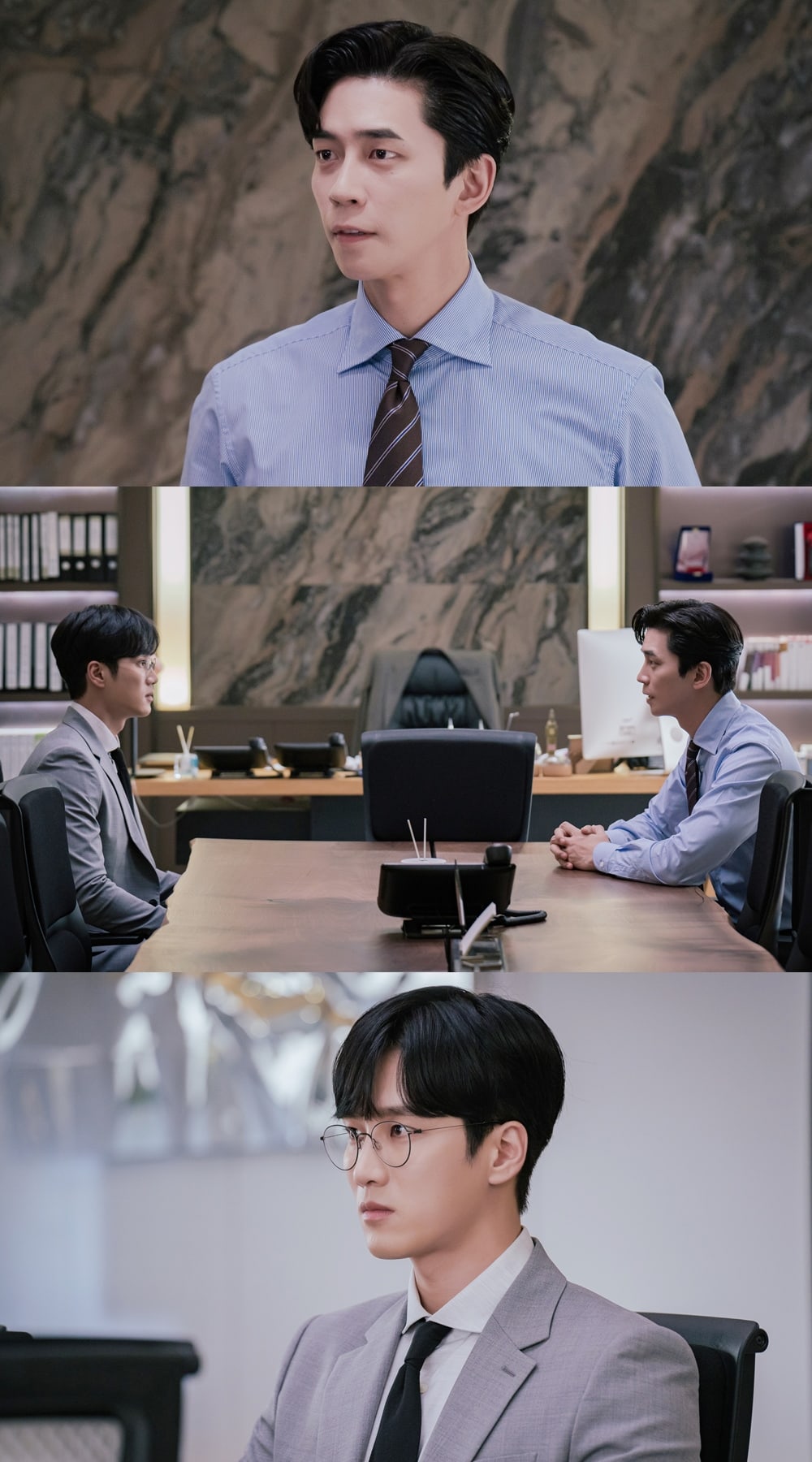 In the new “Kairos” stills, Kang Hyun Chae Han visits Ae Ri in the supermarket where she works. Despite Han Ae Ri’s desperate warning that she will lose her child, Kang Hyun Chae doesn’t look at all concerned. She approaches Han Ae Ri with an illegible expression and Han Ae Ri stares at her with horrified eyes. Han Ae Ri knows that her husband Kim Seo Jin is doing his best to protect Kim Da Bin. She finds it unfortunate that Kang Hyun Chae is not making the same efforts as he is. 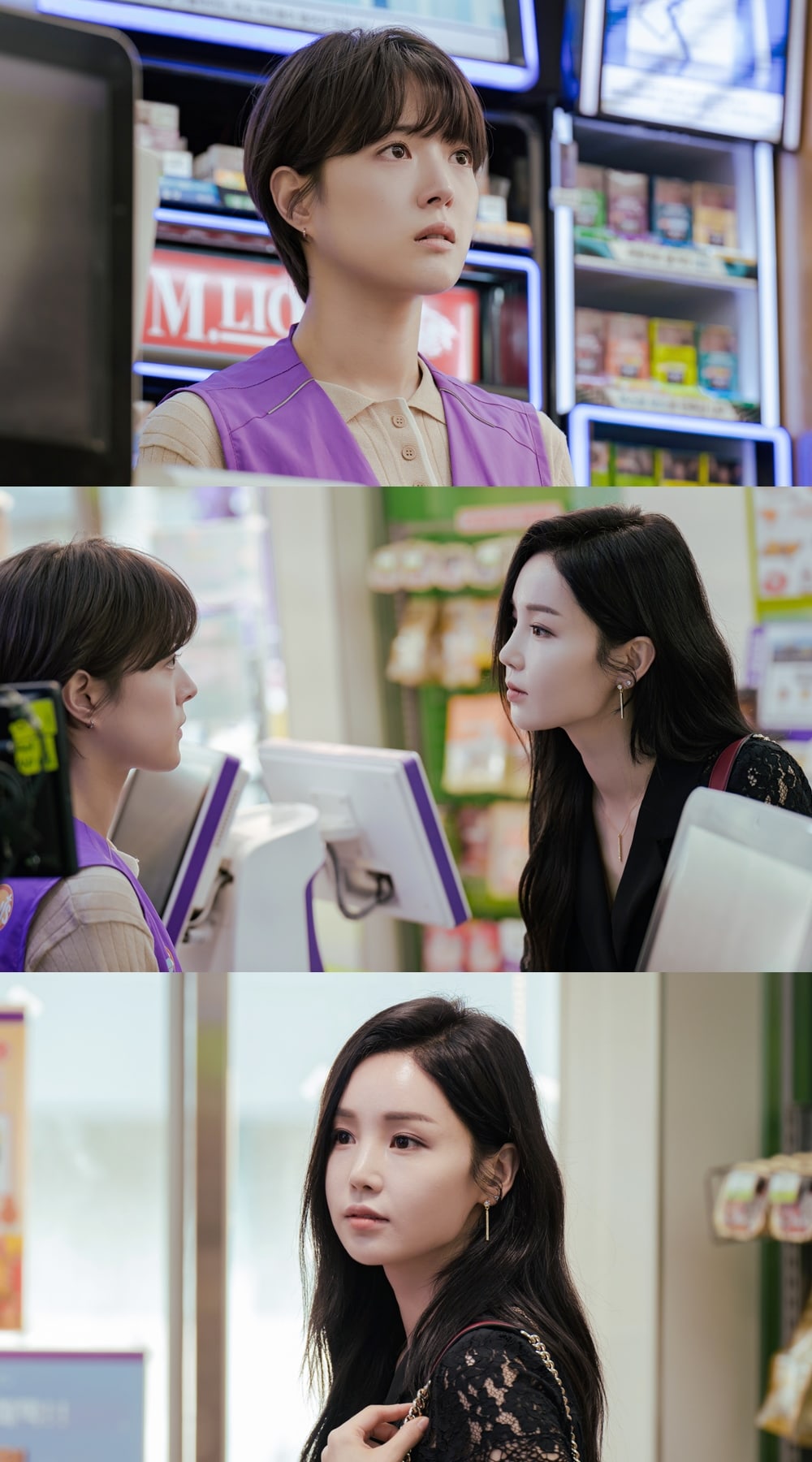 The next episodes of “Kairos” will air on November 24th at 9pm KST.

Get the drama on Viki below:

Read more: “Live On”: Jung Da Bin and NU’EST’s Minhyun begin to warm up each other