Lovelyz Mijoo talks about how she became an idol

In a recent interview with Esquire, Mijoo spoke about her variety show “The Sixth Sense” and her passions as an idol. Mijoo initially announced that she likes to wear comfortable clothing such as sweatpants, leggings, t-shirts and hoodies. She jokingly added that she could dress more if she dated.

Mijoo shared about her radiant and energetic personality: “I like people and I enjoy talking to people. I can’t take a moment of silence when talking to someone. Since the past, I’ve talked without resting while chatting to fans. My fans know everything about my personality. In the video clips for ‘The Sixth Sense’ our Lovelyz fans often comment: ‘Mijoo has always been like this.’ ” 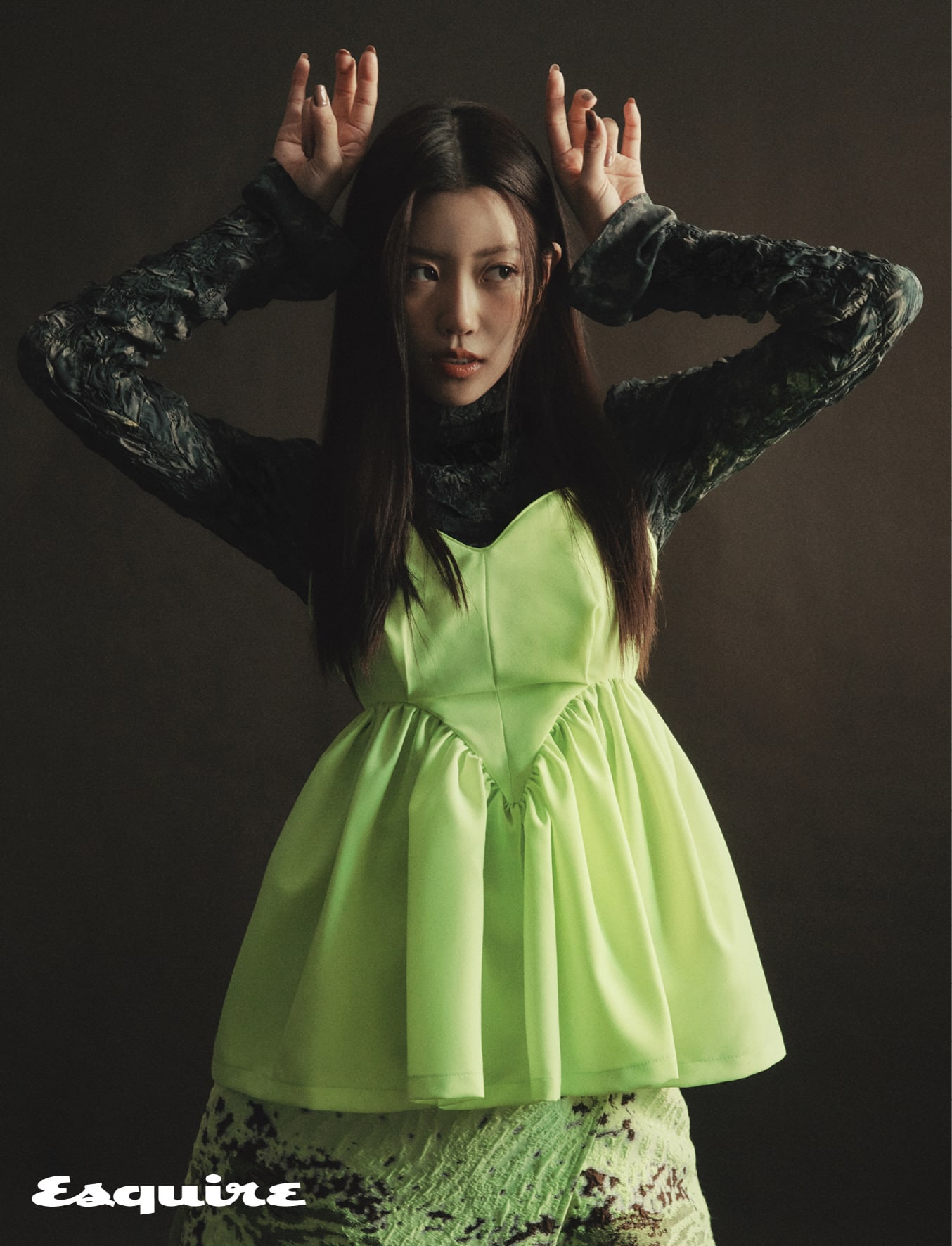 Mijoo added, however, that she likes to watch movies, variety shows and the cartoon series “Crayon Shin-chan” quietly and read books when she is indoors. She said, “I never go outside on vacation days. When my friends call me, they don’t even tell me to come outside. Instead, they ask, “You won’t come, will you?” However, when I go outside, I am very energetic. ”

When asked if, like many of her colleagues, she was interested in opening a personal Instagram account, Mijoo replied, “I can’t. What would I do if maybe, really just maybe, I got caught up in my emotions in the middle of the night and could take a tearful selfie and post something like “I made it through the day …”. I could do this impulsively. That’s why I think I shouldn’t be using Instagram. ” 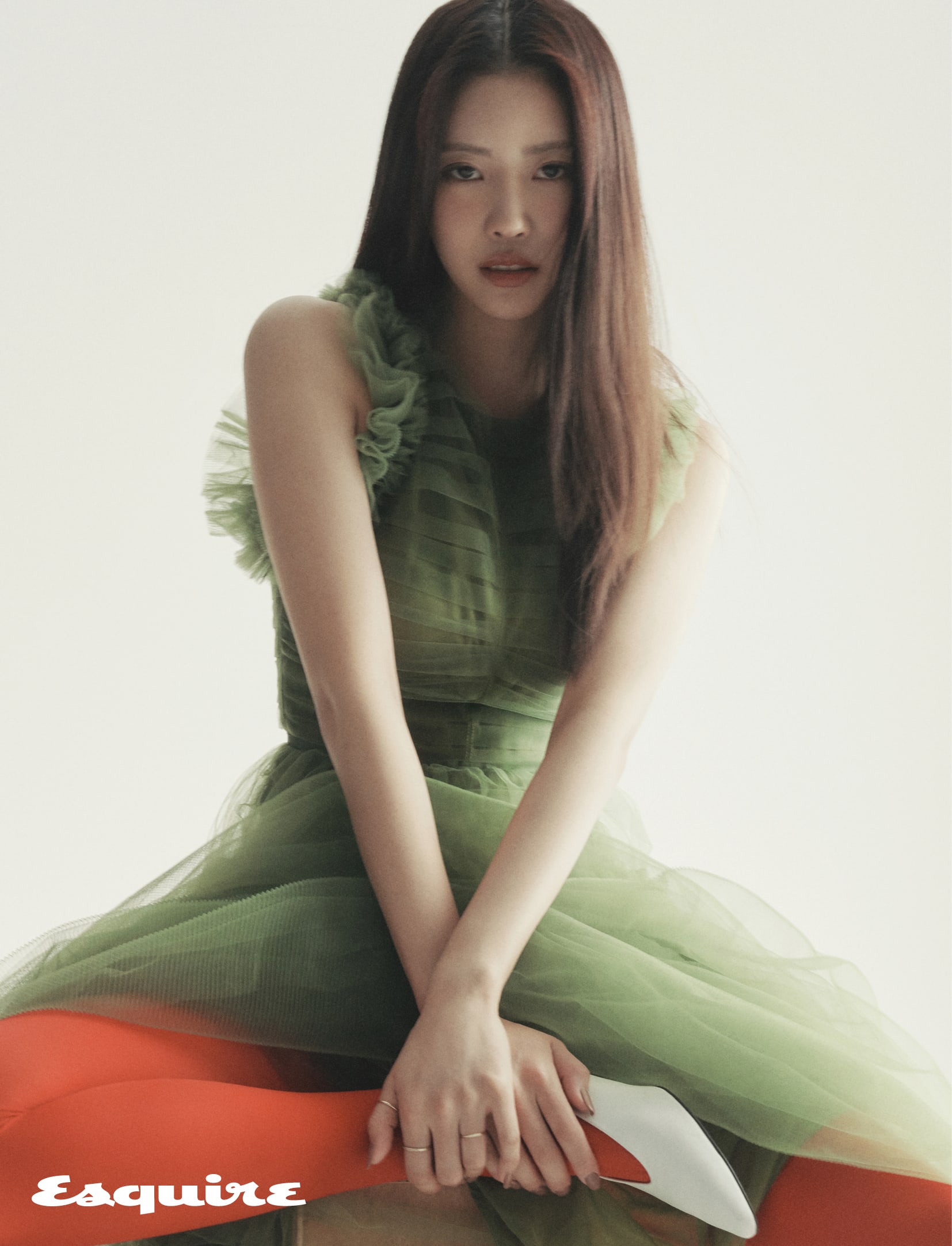 Additionally, Mijoo revealed that she was a calm student at school. She explained, “Since my dream was to become an idol since elementary school, I quietly went to school without causing an incident.” She stated that although she had many friends, she hadn’t caused much trouble before.

Mijoo continued to share that she wanted to become an idol after dancing TVXQ“Hug” and Bada’s “VIP” during a retreat. After that she practiced quietly until she could audition in high school. Mijoo stated that she first dreamed small and took small steps, such as the goal of entering an entertainment company, followed by the goal of debut. 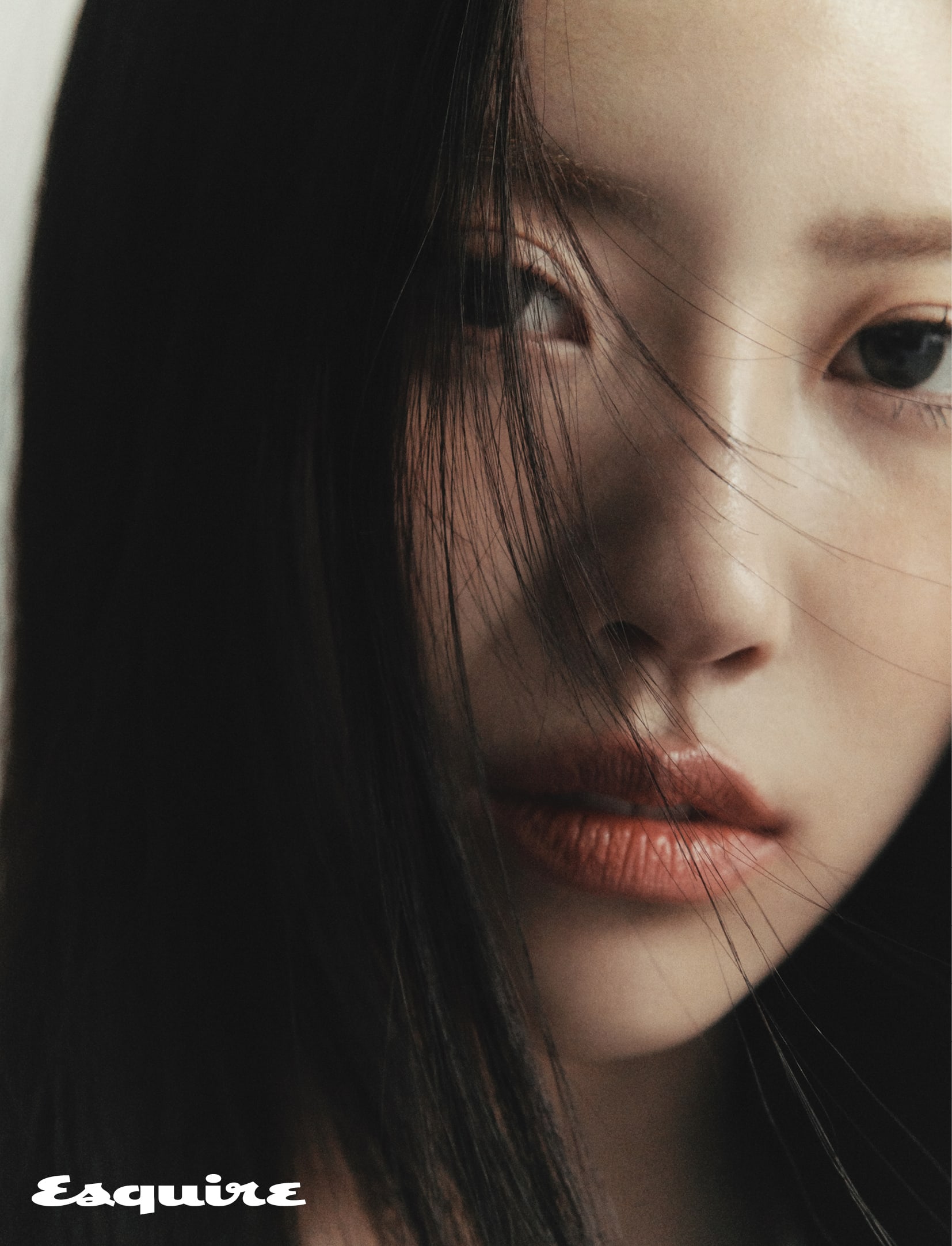 The idol also touched on Lovelyz’s growing fandom. She shared, “We recently had a video call fan signing event. Normally a lot of male fans would be coming, but there were a lot of female fans in that video call fan signature. I am very happy because many and different people seem to recognize that we work hard. ”

Mijoo shared that the Lovelyz members tend to promote members in their area of ​​expertise. She explained, “When we need to be funny, I step forward. To be honest, all of our members are funny. “Mijoo added that only her leader, Baby Soul, kept the group balanced. 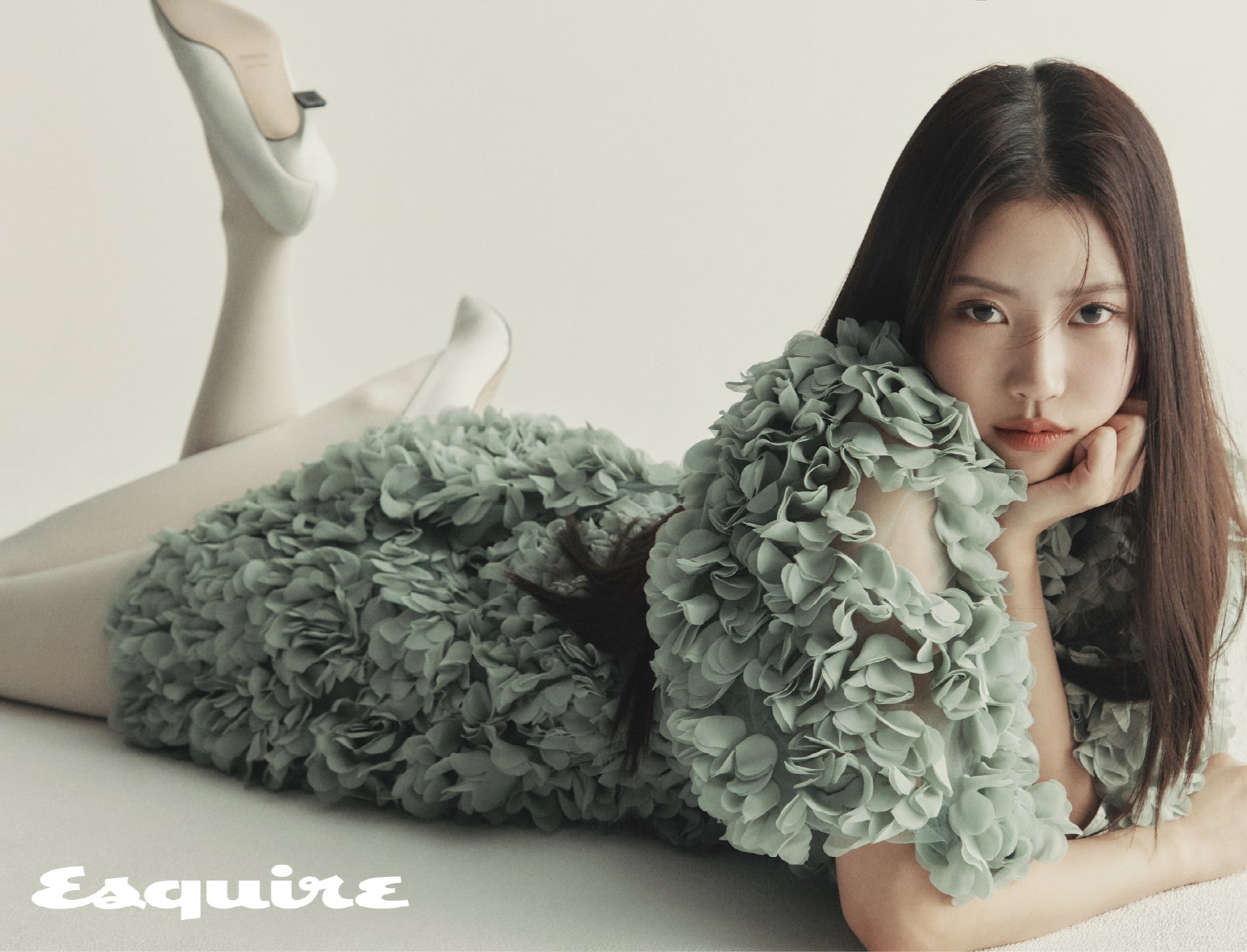 The Lovelyz member also revealed that she never expected to become an idol known to be funny at variety shows. Regarding various programs she would like to continue, Mijoo said, “When I was young, I watched a lot.”The family is coming. ‘I wanted to try a varied program where you travel somewhere for two days and one night doing wake-up missions in the morning and preparing food. “She added that she also participated in a program like”Running Man. ”

Mijoo announced that she’s been working more passionately these days because she tried hard to be thankful and happy for each day. She added that she hadn’t read online comments to go her own way and not be influenced by someone else’s words. This eventually enabled her to have a stronger mentality and greater self-esteem. 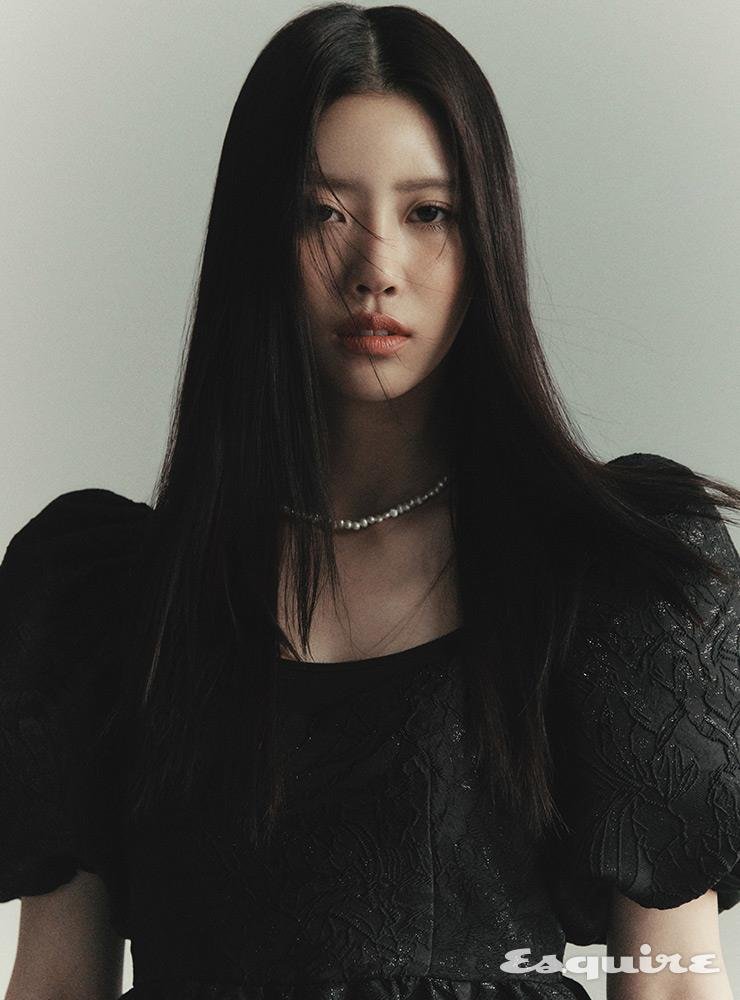 Regarding the dreams she wanted to pursue next year, Mijoo said: “My wish is to release a solo song and a solo album. So I just say this every year as my “next year goal” and there’s not much I can do if it doesn’t happen. Also, I want to do a variety show where I can travel for two days and one night and I want to participate in a lot of pictures where I can show an unexpected charm. “Finally, Mijoo commented that there are still many sides of her that she would like to show fans in the future.

Read more: BLACKPINK Jisoo?: How much fan are you of the idol?