Girls Generation Sunny revealed her cozy home in the latest episode of “On and Off”!

Sunny started her day from her bed and opened the curtains with a remote control. She moved her adjustable bed to a comfortable position and got ready to watch TV on her projection screen. She revealed that her dream was to have breakfast in bed while watching a show or movie in English without subtitles.

Later that day, Sunny’s close friend and SM Entertainment label colleague boa came to visit. They started their hangout with a glass of champagne each, and Sunny shared that BoA is a heavyweight drinker.

The two artists then began to prepare a meal together. Sunny told the BoA to wait on the couch and enjoy the champagne while she did all the cooking, but when the BoA asked her why she took out two aprons, she said, “There may be a discrepancy between the ideal and that Give real. ” Sunny’s prediction proved correct when BoA finally worked with her to prepare the meal.

When Sunny added a lot of salt to the stew they were making, BoA gasped and said to her, “Just enjoy the natural taste of the ingredients!” She told the BoA to trust her, but the BoA didn’t remain convinced. Still, BoA tried the stew and said weirdly, “Let’s add a little more soy sauce.” She even said: “Should we use MSG?” what Sunny did. When BoA tried the stew with added MSG, her eyes widened in surprise and joy.

As soon as the meal was ready, Sunny and BoA sat down at the table to eat. Sunny’s cell phone rang and it turned out that YoonA is friends with Sunny and BoA. In the studio, she stated that she, YoonA and BoA had similar tastes in food and drink. 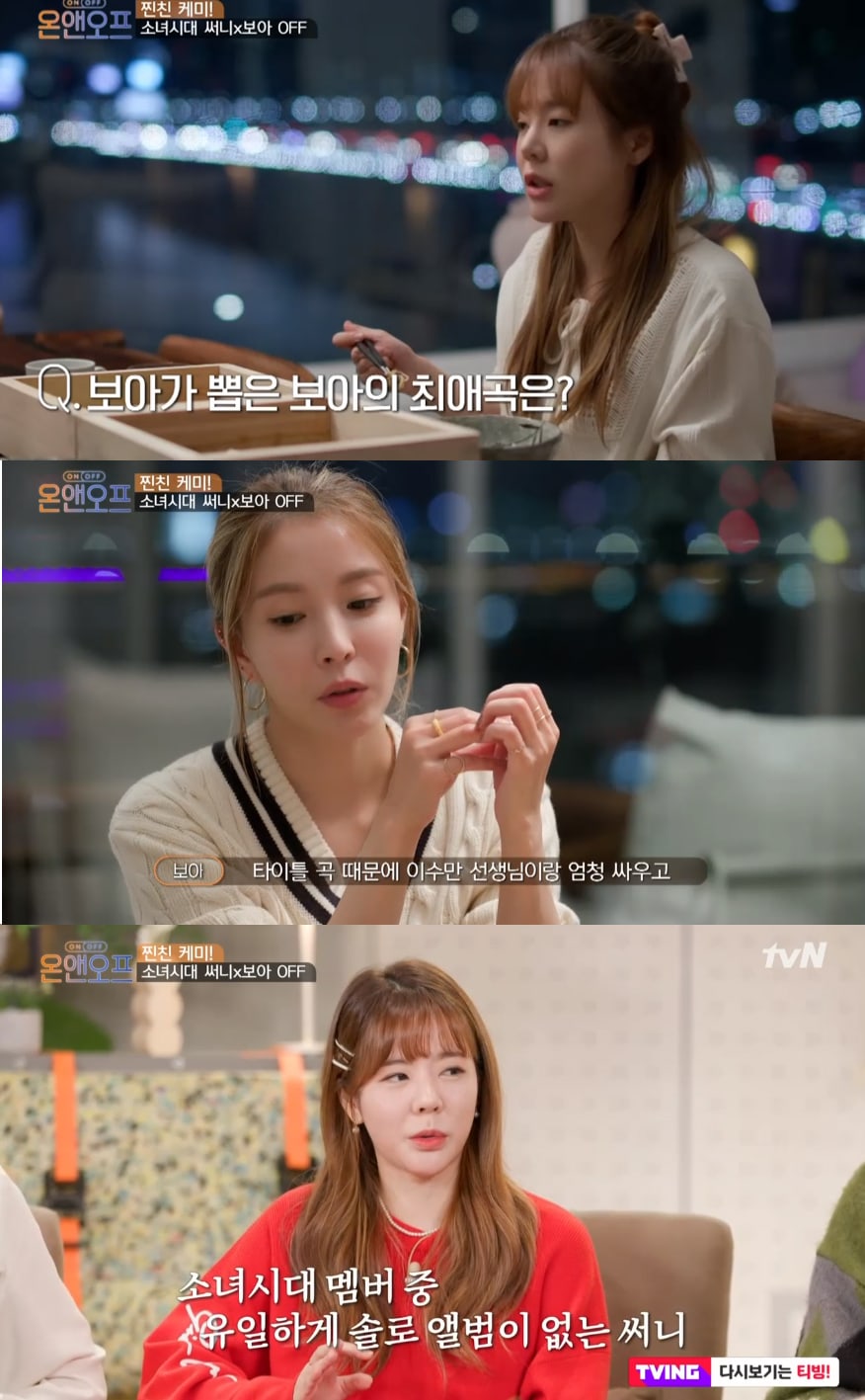 After she finished the call with YoonA, she asked BoA what is her favorite song from among her own songs. She chose “Just One” and stated, “I knew exactly what kind of performance I wanted to do at the time. And I think the music suits me best. ”

BoA then asked Sunny if she would stop singing, and she shared her concern about her singing. She said, “It’s always an unresolved task. I’m not sure what to like and what to do as I’ve always been part of a team. In the team, I was always like MSG at dinner. The producers wanted something from me that matched the style of the team and that was an artificial type of voice. When I sang normally, they didn’t like it and my self-esteem dropped drastically. When I was told that my voice sounded boring, I wondered if what I want to do and what I can do are not in a row. “When BoA heard this, she told Sunny that she liked her natural voice and she thanked her.

In the studio, she said, “As far as I know, I’m the only member of the Girls’ Generation without a solo album.”

Check out some of the highlights from the following episode!