tvN’s “Tale of the Nine-Tailed” Has revealed some of Lee Dong Wook and Lee Tae RiThe most memorable lines!

“Tale of the Nine-Tailed” is a fantasy-action-romantic drama starring Lee Dong Wook as the male gumiho (a mythical nine-tailed fox) Lee Yeon, Jo Bo Ah as producer Nam Ji Ah and Kim Bum as Lee Yeon’s brother Lee Rang. You are in a fight with Imoogi (Lee Tae Ri), a snake beast in human form.

As the electrifying confrontation between Lee Yeon and Imoogi draws nearer, the drama shares some of the most powerful lines spoken by the two characters. 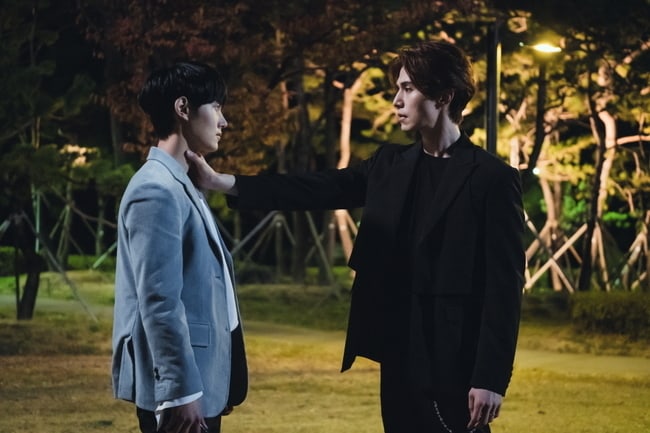 Lee Yeon had gone into the forest where his brother was trapped by the Spirit of Darkness (Shim So Young). He fell out of the forest on purpose and managed to lure the spirit of darkness into his subconscious. The Spirit of Darkness enabled Lee to grab Yeon Imoogi’s collar and smile when he warned, “I have found you. I’ll catch you soon, just you wait. “It was revealed through this scene that Lee Yeon already knew Imoogi was using the Spirit of Darkness to test it, heralding even more exciting developments in the battle of the heads between the two.

2. “I’ll give you a reasonable offer. If you give up your body, I’ll let everyone else live.”

The end of “Tale of the Nine-Tailed” episode 10 was the first face-to-face meeting between Lee Yeon and Imoogi. Just as Lee Yeon was wondering if Imoogi would dare touch Lee Rang and Nam Ji Ah, the villain sparked Lee Yeon’s guilt with a nasty suggestion, saying, “I’ll make you a reasonable offer. If you give up your body, I’ll let everyone else live. “His ability to shake Lee Yeon’s state of mind only served to exacerbate the crisis.

3. “You look just like you’re taking the money and running. I don’t do business with people like you.”

In response to Imoogi’s suggestion, Lee Yeon shot him down when he said, “You look just like you’re taking the money and running away. I don’t do business with people like you. “Lee Yeon nudged him further and said,” Why did you come back alive? You are the icon of epidemics, wars and hardships. Why should someone welcome you at this time? “Lee Yeon showed his control over nature with a clap of thunder and concluded, “Do you still think my sword is my only weapon?”

Still filled with his desire to take Nam Ji Ah, Imoogi looked up at the sky and whispered, “Do you want to die now?” At that moment 132 people took their own lives. Imoogi’s hypnotic powers were enhanced by the meeting between Shin Joo (Hwang Hee) and the snail bride (Kim Soo Jin) during which he gave them orders. The audience is curious about the instructions he gave them.

After the rescue of Nam Ji Ah’s parents and the recruitment of the butler (Uhm Hyo Sup), Lee Yeon set out to put Imoogi back to sleep. After Lee Yeon smeared horse blood on his hand, he pushed Imoogi into a puddle of standing water and said, “Traditionally, water is better for you than land.” Lee Yeon’s plan failed, however, and after Imoogi was seen awake in Nam Ji Ah, it remains to be seen whether Lee Yeon can play his hidden card without harming it.

6. “The Imoogi you are looking for is not in this body.”

Imoogi tossed Lee Yeon for a loop when he announced, “You guessed wrong. The Imoogi you are looking for is not in this body. “After Imoogi woke up in an unexpected turn in Nam Ji Ah, all eyes are on how Lee Yeon will take on Imoogi and his deadly plan of attack, stronger than 600 years ago.

The drama production team commented: “The anticipation of the confrontation between Lee Yeon and Imoogi, which came about in the same way as it did 600 years ago, is growing. Please look forward to the improved showdown between the formidable Lee Yeon and Imoogi. ” 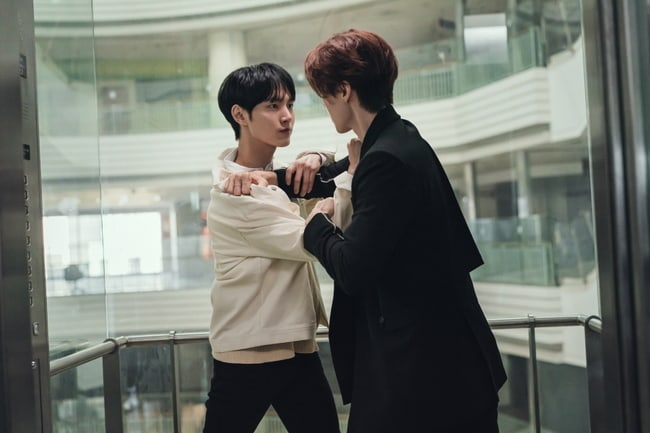 “Tale of the Nine-Tailed” airs every Wednesday and Thursday at 10:30 p.m. KST.