The appearance was the second time since her debut in 2019 on a live radio show. Taehyun revealed that he felt he was already acquainted with Kim Shin Young when he commented, “Since seeing each other at music shows a few times, I trusted that she would treat us well. ”

Kim Shin Young congratulated TXT on breaking personal record on the Billboard 200 list, where her third mini-album, “minisode1: Blue Hour” was # 25. Taehyun revealed, “We didn’t really know at first, but after hearing the news we were so grateful to our fans for making this record for us. We thanked them on social media. ”

Hueningkai added, “I thought it was a lie. It was so amazing. “Soobin said,” Before I heard the news, I got a message from my family first. They said, “Our family has reason to celebrate. You’re doing great.” It felt good to believe that I was a son that they can be proud of. ” 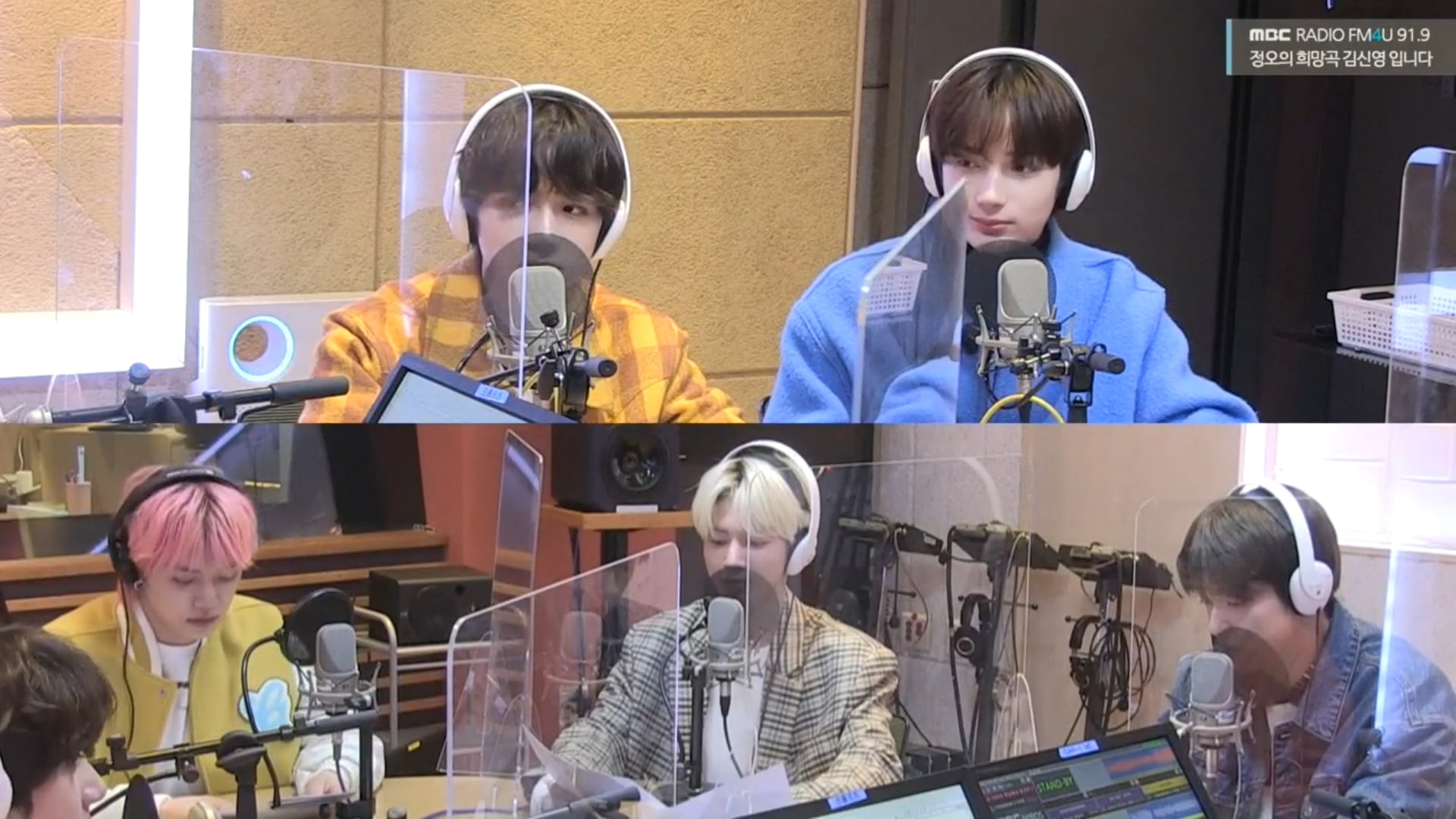 When asked about Bang Si Hyuk’s reaction, Taehyun replied, “We haven’t been able to meet him yet, but we will have dinner together soon. We hope he’ll buy us something more expensive. “Yeonjun made everyone laugh as he added,” I think we’ll end up eating meat. Since we ate pork last time, I hope we eat beef this time. ”

When the conversation turned to Soobin’s experience as an MC for “Music benchHe was asked if it was difficult to interview other artists. He said humbly, “I get very nervous as soon as the artists who are number one show up. I am trying to memorize the script, but I am confused as I am not very good at memorizing. Kim Shin Young sympathized with him when she said, “I get nervous too. You are celebrity of celebrity.”

Soobin then announced that he would love to have chicken with BTS. I explained, “Jin bought us pizza once but we couldn’t eat with him. I think it would be nice to have chicken together next time. He wanted to eat with us that day, but suddenly something popped up on his schedule. ”

Beomgyu also surprised everyone when he revealed that even though he had lived in Daegu for 17 years, he could stop using it satoori (regional dialect) within a week in Seoul.

Hueningkai was asked if he had any role models and he said, “When I was a trainee, Bruno Mars was my role model. He sings and plays really well. ”

How do you feel about TXT billboard success?

Read more: 3 couples in “Tale Of The Nine-Tailed” who capture the hearts of the audience

NiziU and what it means for them to have debuted as...